Layton's Mystery Journey: Katrielle and the Millionaires' Conspiracy is the seventh game in the Professor Layton series, but it introduces a couple of firsts.

This is the first game that doesn't feature the Professor himself in a starring role. It's also the first to have been made simultaneously for mobile as well as a Nintendo handheld - indeed, we've already reviewed it on iOS.

Despite these seemingly bold departures, though, Layton's Mystery Journey is a warmly familiar game that doesn't diverge too far from its roots.

Professor Layton is missing, but his daughter Katrielle has developed a similar flair for sleuthing. In fact, she's set up a detective agency in an idealised version of London.

Just like Kat, Layton's Mystery Journey sure is a chip off the old block. Like its predecessors, it's essentially a series of logical, observational and mathematical puzzles mixed in with a little hidden object-based exploration and wrapped up in a lushly animated story. 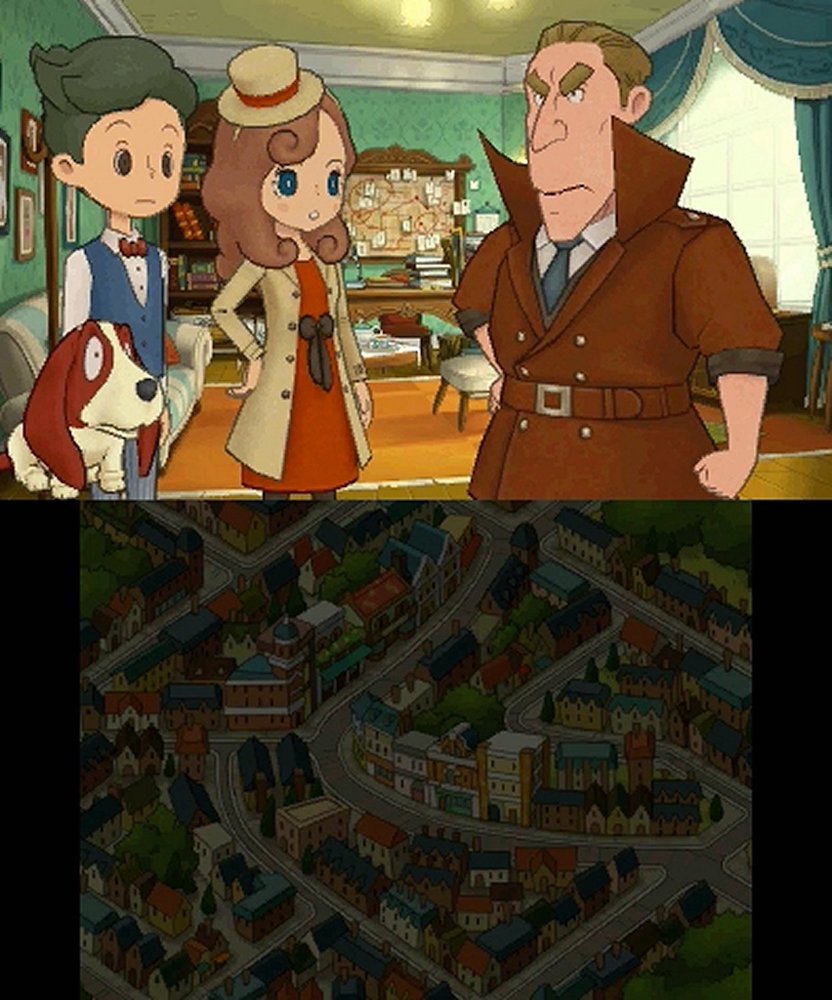 The tricky, enigmatic nature of many of of these puzzles can feel incongruous when held against the game's light, family-friendly plot. Indeed, there are a few puzzles here that I felt were insufficiently explained to the point of being misleading.

Still, you're rarely held back too much by a tough puzzle, with plenty of hints available to you. You can even obtain more hint coins by scouring each 'scene' for clues.

Of course, puzzles have only ever been half the story with Layton games. The characters and the plot have always received equal billing, and so it proves here - though it's all pretty inconsequential stuff.

Kat herself is entertainingly plucky, with a voracious appetite and an amusing lack of sensitivity, while her doting assistant and grumpy talking dog add further levity to each situation. The wider cast is as charming as ever, offering an almost Tintin-esque range of eccentrics for you to probe for information. 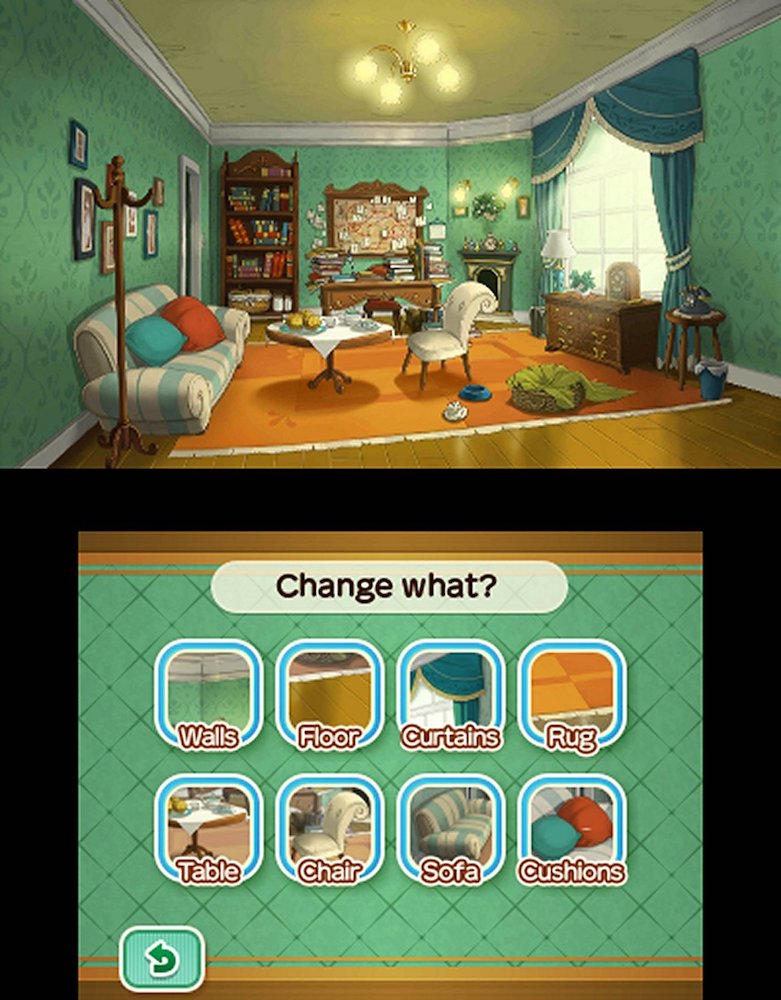 Not that there's really any detective work to be done here. It's all about moving the plot forward and getting to the next brain-twisting puzzle, which is often offered up as a challenge or a barrier for entry to the next section.

The game is broken down into a number of smaller separate cases here, which is a clear nod to the game's newly expanded mobile audience. This is great for portable play, but it does result in a slightly bittier and more lightweight experience than fans might be used to.

The game's slow pace won't be for everyone either. Much of your time will be spent (im)patiently tapping through reams of conversation text on essentially trivial matters.

Fortunately, the writing and translation are of the same impeccable standard as always, and the animation in its occasional cut-scenes is top drawer. It's a shame that Level-5 has ditched the 3D effect from the previous game, though - again a likely side-effect of the shared mobile billing.

Overall this is another winning entry to the Layton series, though it's a shame that Level-5 didn't take the opportunity of a fresh start to introduce more than an engaging new cast of characters. Perhaps for the next case, eh?

A bright and breezy reboot that sticks with the same blend of tricky puzzles and charming animation
By Jon Mundy
| Oct 10, 2017 |
3DS
Find out more about Layton's Mystery Journey
SEE COMMENTS

Traverse the galaxy in the retro strategy RPG Halcyon 6, coming to iOS on October 19th