It's becoming something of a trend for developers to launch a mobile companion game around the same time it releases a big title – though usually the smaller screen edition goes in a vastly different direction.

Not so with Middle-earth: Shadow of War, which attempts to boil down the essence of its big console brother into a party-based action-RPG.

And while it will never compete with the grand scale of a bigger game, the mobile version is a surprisingly fun, deep, and interesting release of its own merit.

Middle-Earth: Shadow of War casts you as Talion, the hero of the console game series, as he builds a party of warriors to take down the evil orcs that control the land.

Actual gameplay is fairly simple – your party runs automatically along a path, fights a wave of enemies, and continues to do so until it reaches the end. 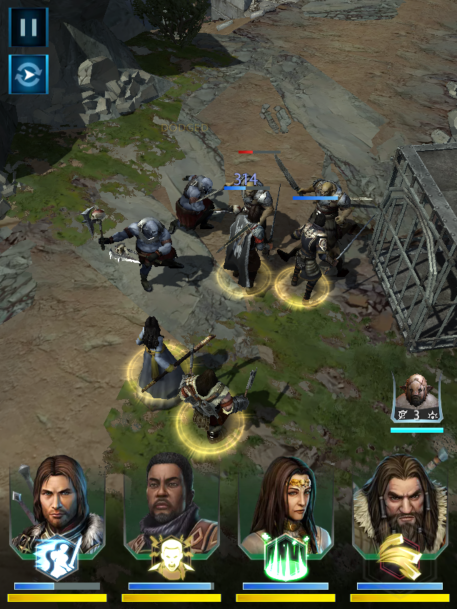 Basic attacks and targeting are handled automatically, though you can make all your units focus on one enemy by double-tapping it, and you can reposition heroes around the battlefield by tapping and dragging them.

You can also trigger special moves by tapping the chosen hero's portrait on the bottom of the screen, which can help even the tide of the battle when you get into a tight spot.

It's all fairly standard stuff with a few extra bells and whistles, and if you prefer, you can just hit autoplay and let your characters fight for themselves.

To set it apart from the usual fare, Shadow of War brings in the Nemesis system in its own unique way, which keeps the forts you take over through the campaign stocked with high-ranking orcs to take down.

Clearing a Nemesis battle earns you the chance to Brand the orc, thereby adding it to your own personal army, or decapitating it there and then for Runes which can be used to boost stats. 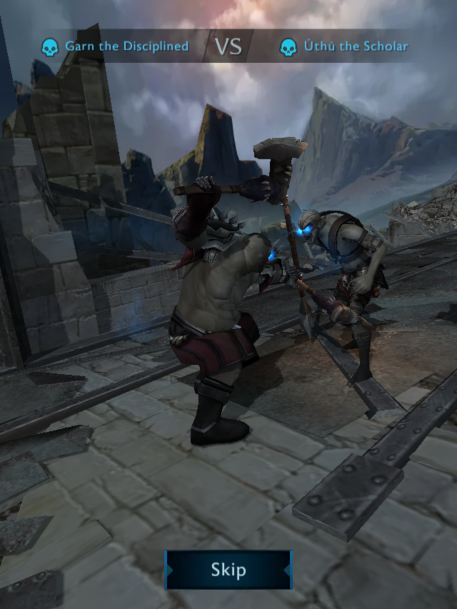 It's handy to keep a few orcs around though – not only can you drop them into battle when things are looking dicey, but they also have their own "orc jobs" to play through.

There's a wealth of systems and side quests like this in the game, and thankfully each one is introduced with a clear tutorial so you never find yourself lost or stuck for what to do.

The only real negative in the whole experience is that the environments repeat far too often, and sometimes the menus can feel a little clumsy.

Overall, Middle-earth: Shadow of War is a brilliant mobile companion to its console counterpart, capturing the feel of the game while accounting for the hardware limitations.

Its combat is simple on the surface but with surprising depth, the Nemesis system is well-implemented, and even with its wealth of menus it's relatively easy to navigate without issue.

Shadow of War on mobile is a great game in its own right, and any fan of the series would be a fool not to give it a go.