When Dell sat down to create the latest Alienware, the goal was simple - make a device as capable at running VR as a beastly desktop PC.

So there's one thing you're getting for sure with the Alienware 13, and that's power. This is a hell of a machine that can run everything and run it well.

The Alienware 13 is a good looking device that, unlike its competitors, is not interested at all in mimicking Apple. The housing is a mixture of brushed metal and plastic but it doesn't feel cheap. Instead, it balances getting the job done and looking stylish, while keeping the cost down. It's a solid job.

Flip open the lid and it gets way more impressive. The screen has a very welcome glossy glass finish that looks as premium as it feels. Elsewhere, the keys and touchpad have a neon-tinged glow that's sure to get heads turning. You can customise the colour and pattern of the light display as well. That's nifty.

The keyboard and touchpad is a soft plastic, rather than metal but I actually think that's a smart move by Alienware. At the end of the day, this is designed for serious gaming sessions so comfort should come above style. 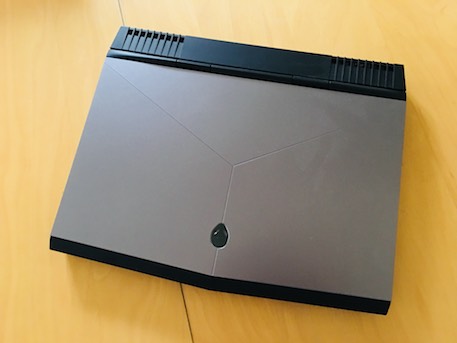 And the result is very comfortable. In fact, I found it way more so than my comparatively cold and edgy MacBook Pro and didn't run into any issues while gaming over longer sessions.

This is a heavy device though, and as a result doesn't travel very well - particularly when you counter in the beefy charger. You can't really complain about that though, because it's packing some serious internals and is bound to weigh a fair bit.

At 13 inches, it's a nice size to chuck into a bag though. You might not be very comfortable carrying it around, but at least you can.

Last but certainly not least, the Alienware 13 achieves what it sets out to and then some. I dug through the archives of my Steam library and it comfortably played everything. I didn't encounter frame rate issues or anything nasty like that even on the highest of settings.

The display is gorgeous as well. It's OLED so the colours are deeper and way more vibrant, and it's QHD so it's all much, much sharper than a standard HD display. 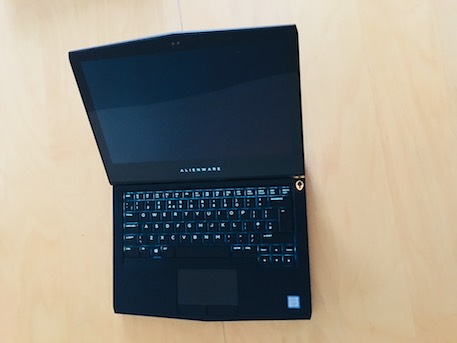 Basically, you won't have any complaints. It runs everything, runs it nicely, and it looks good while it does it. What more do you want?

The Alienware 13 achieves what it sets out to with an aplomb. It's a beast of a laptop that stands proudly alongside its desktop counterparts, and doesn't cost you an arm and a leg in exchange.

It gets the balance right between comfort and style as well, which is important. You certainly won't feel ashamed at whipping it out in public, but nor will you be uncomfortable over longer playing sessions.

And, most importantly, it does a great job of running video games - which is what you're buying it for. We had no frame rate issues or anything nasty like that during our playtest of a bunch of games, and they all looked great and that snazzy screen. It's well worth it.

Ticket to Ride: First Journey review - All aboard this board game adaptation?