Crescent Moon has always been ambitious. In fact, the developer is known for trying to squeeze massive experiences like Skyrim, The Legend of Grimrock, Zelda, and Halo onto mobile.

Well, not those games exactly. Crescent Moon creates games inspired by those but makes the experience fit better on mobile. It's the best of both worlds really.

And the latest is Morphite, which aims to cram the infinite No Man's Sky onto your iOS devices. According to our reviews editor extraordinaire, it works as well. We gave it a Gold Award and said that "While it might draw comparisons with No Man's Sky, Morphite heads out in its own direction, and it works much better".

We also asked our hardened bunch of mobile experts in the App Army for a second opinion, and here's what they had to say.

I'm getting massive Metroid Prime vibes from this adventurous first person shooter. You even have to scan items!

The controls can be tweaked to your liking, you can travel to different planets in your own ship, and got to the surface via a drop pod. You also encounter random hostile enemy ships on the way.

Visually, it has an old school charm. Yes, it can look flat at times but it's also very immersive. the game clocks in at 756.5 MB so you may have to clear out a few games if you are low on space.

Moving about is good but aiming and switching items while you're attacked by wildlife can both be a pain at times. Overall, I don’t mind the voice acting and the soundtrack is ace.

Each level is designed around handheld play so, despite being large, you can get through them quickly. You may have to backtrack occasionally though.

I'm still early in but it's a fantastic and ambitious game well worth checking out. 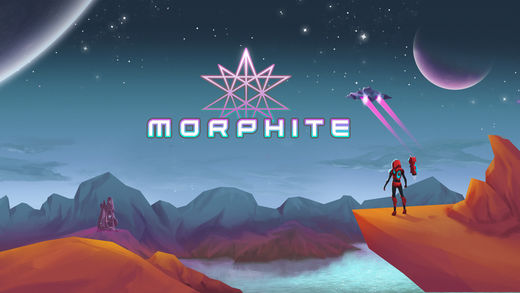 I'm not a fan of the graphics - I think the colour palette is bland. Also, it's so low poly that the characters don't even have eyes. But the major issue for me is the controls.

The enemies move faster than you can actually track them with the reticle, and ship combat was really annoying as a result, and the ground combat isn't much better.

Oh well, maybe I'll get used to it later on.

I'm really enjoying the gameplay, even though the controls take some getting used to. Personally, I like the muted colors and low polygon visuals. It makes for a surreal feel that adds to the expansive nature of the game.

There's one glaring bug though. A live broadcast error would randomly pop up and crash the game. Thankfully, automatic checkpoints meant I didn’t lose much in the way of progress.

I didn’t care much for the space sections, which just felt a bit extraneous. Also, it seems to be a massive drain on your battery. I lost 25% in a short play session during lunch.

It's pretty good! I played for an hour or so with my son who kept reminding me to scan everything - though not the creatures! You have to attack those.

The music is nice, and the fighting is light and fun.

There's a problem with mobile games nowadays, in that they lack the ingenuity of older handhelds. With new devices added to the mix every year, developers hesitate to work within the limitations.

Even when they do, it's rare that we see games with the same grand scale as PC and console ports. It's a sad thing that in the past, handhelds could cater richer experiences that relied on underpowered specs. 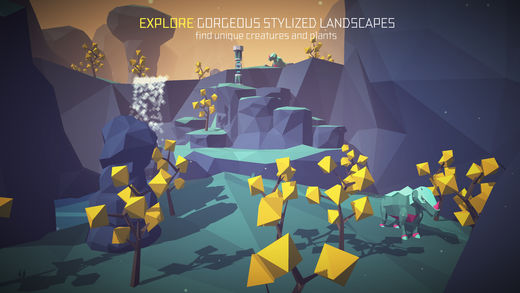 Morphite, while not perfect, is built upon that philosophy. The use of low poly models is the game's biggest strength, as it allows for its many mechanics to shine on mobile. The focus is, of course, on exploration. And while there is a story, you can travel between missions however you like through the procedurally generated planets.

Each of them has its own plants and wildlife that you can scan and sell for upgrades, and some of them even offer side missions. While traveling, there is a chance for ship events to occur that include dodging or fighting.

Combat is basic and the AI isn't that smart, but there's enough weapon variety to keep things fresh. The controls are fully customisable and platforming, which is a key aspect, gets easier with time.

The voice acting is good and the soundtrack is up to the task. As for compatibility, I haven't experienced a single crash on my iPad Mini 2 and it manages to keep a steady framerate at all times.

I'm about halfway through the campaign. It's nice that you can have short sessions where you just visit one planet. It ups the replayability. It's a game where you can get lost in for a while that's simple and complex in equal measure. It will stay in my device for quite some time.

The mobile version of Morphite is a bit of a letdown. The touch controls aren't the best, and it's all a bit uncomfortable - particularly during platforming segments.

I like the idea Tron-style polygonal visuals but not so much the colours, but apart from that the gameplay is good, with lots of things to do and explore. The combat is at a fair level of challenge and relies mostly on upgrades than on your skills.

Overall, it's not bad but it's better on PC and console.

I wasn’t sure about Morphite at first but it’s grown on me the more I’ve played. The graphics are charming and distinctive, the music is excellent, and while the voice acting isn’t going to win any awards it’s certainly passable.

There are the obvious comparisons to No Mans Sky, but there are also definite shades of Metroid flowing through Morphite's veins and that’s no bad thing at all. There’s a huge galaxy teeming with life to explore as well as a multitude of upgrades for your ship, suit, gadgets, and arsenal of weaponry. 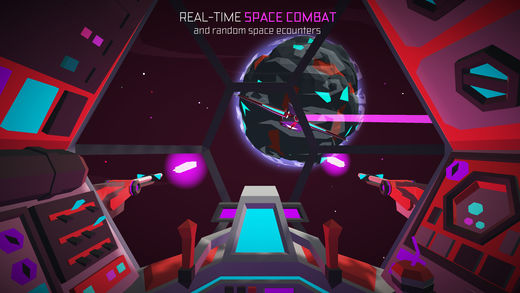 The controls are as good as they can be for an FPS on a mobile device and the aggressive indigenous species I’ve run into so far all have distinctive attack patterns which once learned will allow you to avoid their attacks with ease.

I do have some criticisms though. Platform sections in FPS games rarely work well and the same can be said here. Some worlds are a bit samey as well - the colour pallet could use more variation. Finally, I'd have liked an on screen indicator to distinguish between scanned and unscanned flora and fauna.

Overall, Morphite is a great little game. If you want a vast universe to explore with an intriguing story then you should definitely consider picking this one up.

I've really enjoyed my time with No Man's Sky - sorry, I mean Morphite. The visuals are perfect for smaller mobile screens, and remind me of Severed.

Everything runs smoothly and is functional but I agree with the others that the controls could use some tweaking. The platforming sections in particular are unforgiving.

The small missions and accessible exploration fit the format well though, and I quite like the relaxed mobile friendly approach. It's exactly what I want from a mobile title played in short bursts.

My main gripe is that I literally need a lump of Morphite to power my phone, as boy does this eat battery!

Overall, this is a cracking little title packed with mini adventures.

Morphite plays well and is graphically beautiful, with the jagged look adding a retro feel. The controls are simple but I found them a little clunky on my iPhone.

It plays like No Man's Sky, but with a little more to do. You're thrown straight into a scavenging mission where you discover new and interesting things. 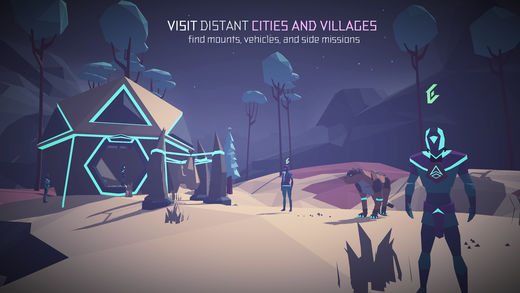 The one thing that did put me off a little was the voice acting. It’s a little cheesy at times but bearable.

The whole game has a nice feel to it, and if you look past this, you'll find yourself immersed in new and exciting worlds. It does seem like it would feel more at home on a console though.

I'm a few hours in and can see myself playing loads more of Morphite.

I like the graphical style, and with the draw distance maxed, cinematic effects, and shadows turned on, it runs well on my iPad Air running IOS 9. Turning on the (experimental) advanced effects drops the frame rate to single digits, but this is more than forgivable considering it's running on a four year old tablet, and, well, is experimental.

Having died a few times after invading the personal space of some hostile creatures, I was relieved to find an auto fire option tucked away in the control menu. Having this switched on became essential, as I lack the thumbs and skill to move, aim, and fire at the same time.

At just over 25% of the way through the main story, I'm surprised that I haven't experienced space combat yet. Either I've not progressed far enough in the story, or the RNG hasn't favoured me yet.

On one occasion in a solar system on route to a planet, I encountered an asteroid field to pilot through. This was fun and I'd like it to occur more often. The galactic star map is large and jam packed full of systems to visit, and is easy to navigate.

There's plenty of upgrades available for my hand held weapons, spacecraft, and exosuit - with the later offering access to ever more exotic planets to explore. It's a good incentive to keep upgrading.

Additionally, little quirks like Bola Cola, the malfunctioning arcade machine, and being shot at by a spaceship while walking across a space station's hangar hint at more gameplay elements to discover as I progress through the game.

I tried to get on with this, but the controls spoilt it for me. I can imagine this is going to be pretty great when it releases on Switch but with touchscreen only on iOS I just found it too frustrating. 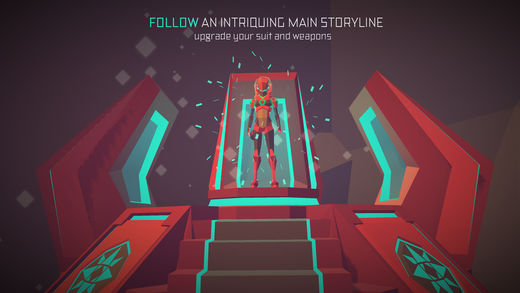 The game itself seems pretty good though, with plenty to do, lots of content, and a visual style that is perfect for mobile.

Morphite - Everything we know so far