And it's out now on iOS

Today it was announced that American actor and comedian Kevin Hart teamed up with StandUp Digital to bring his first mobile game, Gold Ambush, to iOS. 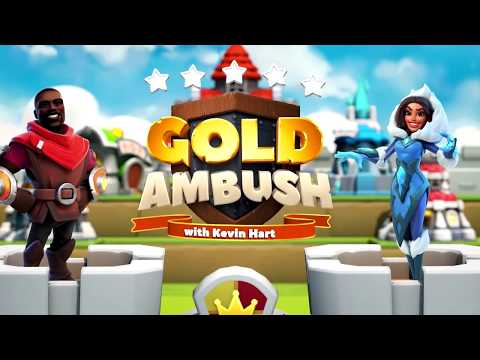 Gold Ambush is a hybrid of one-touch runners and city-builders, and Hart and his family are among the characters you can play as. You'll kick the game off by fortifying and setting traps around your castle to ward off enemy players, then maybe you'll dive head-first and attack enemy bases for delicious resources... if you're confident enough.

In the game you'll need to collect gold coins which can then be used to buy huts, maze extensions for traps, shields, power-ups, character customisation, and more.

"Me and my family's beautiful faces are in a video game!" Kevin Hart said. "Creating a game that my kids and I can enjoy was special, and I hope fans will enjoy playing the game with their families as much as I do with mine!"
If you'd like to give the game a go, you can grab it right now on the App Store.