Middle-earth: Shadow of War soft-launched in the Philippines back at the beginning of July, but it's been receiving a steady stream of updates ever since.

We thought now would be a good time to get some hands-on time with Warner Bros's new double spin-off.

A bunch more rings to rule the others

What do we mean by double spin-off? Well, Middle-earth: Shadow of War is a game based on the Lord of the Rings IP. You might have heard of it.

But it also ties directly in with a forthcoming namesake console game, which launches next month. Utterly confused yet?

All you really need to know is that Middle-earth: Shadow of War follows the same basic story as the console sequel, but plays completely differently. 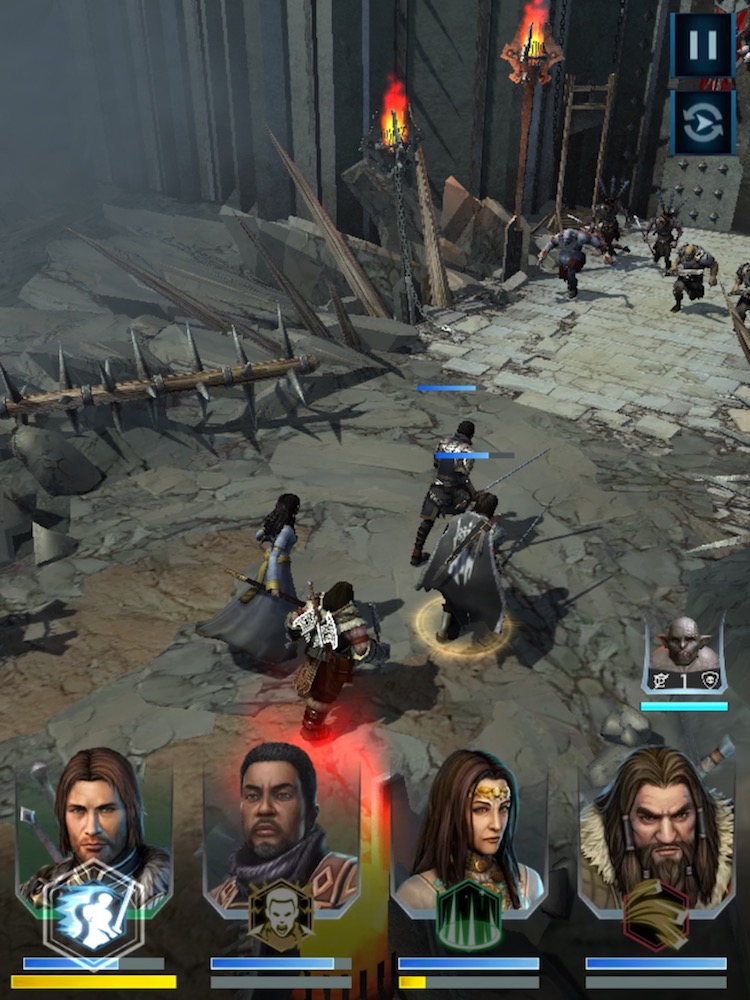 You're still playing the part of Talion, a ranger (like Aragorn) imbued with the spirit of the elf lord Celebrimbor. That's the dude who, whilst alive, made the Rings of Power themselves.

No soon have our grim duo formed a new Ring of Power with which to take on a pre-Lord of the Rings Sauron than cheeky spider-lady Shelob has half-inched it away. According to Shelob, you need to recruit a bunch of heroes to wield new set of rings and take the fight to Sauron.

Lore, what is it good for?

That's the basis of the lore-stretching story anyway. Essentially it's an excuse for you to assemble an army of men, elves, and dwarves to take on the invading orc hoards.

While the console game promises to be an open-world action-adventure, here on mobile we have a pretty standard RPG-lite battler. Your four chosen heroes run automatically towards their goal, engaging in battle without so much as a prompt. 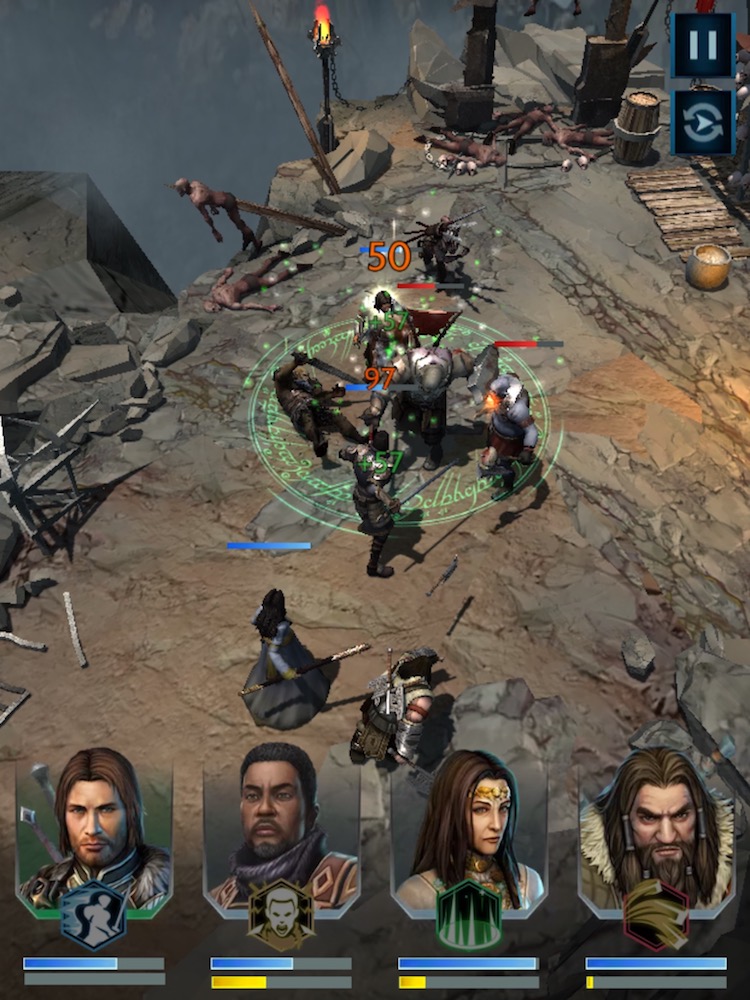 It's up to you to drag individual members out of the way to avoid strong attacks, as well as to activate their special abilities when they power up.

The action is slickly rendered, and levels never last more than a few minutes. It's quite entertaining watching a levelled up crew cutting a swathe through the enemy.

You can also call into the field of play orc captains that you have managed to defeat and 'brand' (read: enslave). This plays into a headline mechanic within the main console series, and while it's not nearly so clever here, it's still an interesting twist on the standard battler formula.

It lends a welcome sense of personalisation to a type of game that can often feel like it's looking after itself. 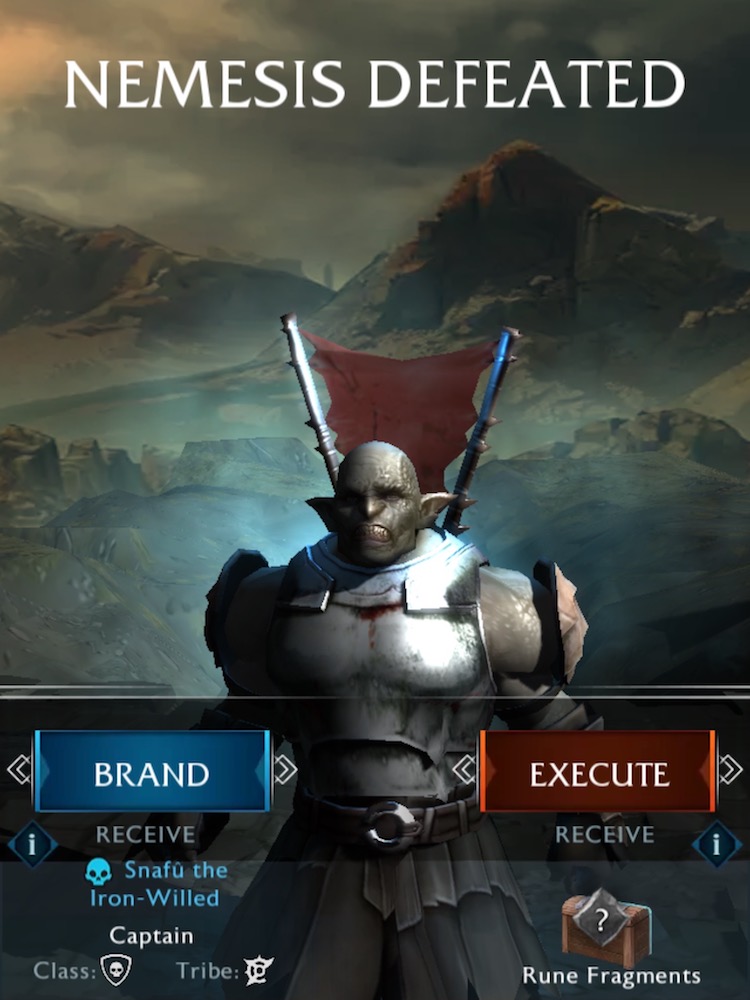 It remains to be seen if Middle-earth: Shadow of War can add more depth and personality to its basic action. It seems as if there are a whole bunch of options when it comes to levelling up your characters, and I spotted some familiar faces among the cast of potential team members.

Those familiar with Tolkien's lore will be a core part of Middle-earth: Shadow of War's audience, and the visuals and audio do much to replicate the feel of the movie adaptations. Whether they'll swallow the liberties taken with the source material is another matter entirely, of course.

Stardew Valley has been submitted for review on Nintendo Switch, but don't get excited just yet