Good morning, afternoon, and evening lovely readers. It's that time of week again where we turn up the temperature and check out which tidbits have been frying this week.

With some dark adventures, curious delays, and pocket-sized remakes, it's been a bit of a mix in terms of news. Let's take a look, shall we?

Stardew's not spillin' the beans

I don't know how you guys feel about Stardew Valley's Switch debut, but I grow more excited with every passing day. It's not really good news or bad news this week, only news that Chucklefish aren't going to be releasing a proper date until they're pretty much done with the game. So, no estimates here. The only date we'll be seeing is the real deal, and I hope it's still coming this year.
Subscribe to Pocket Gamer on

Another Switch game to make the news this week is Super Mario Odyssey. Only a couple of months from launch, at Gamescom this week Mr. Koizumi himself took to the stage to show off the game's newest area: the Luncheon Kingdom. Where you're making a stew, donning your chef whites, or helping out the adorable and likely delicious residents in their problems, the latest kingdom looks like a lot of fun. Just check out the video below.
Subscribe to Pocket Gamer on

It's been a little while since Phone Destroyer was announced, but this week the upcoming CCG has opened up its pre-registrations on iOS and Android. Aside from getting news of the game leading up to its release, and getting poked once the title drops, you'll also be getting an exclusive ManBearPig avatar skin. Pretty cool, right?
Subscribe to Pocket Gamer on

Final Fantasy goes chibi
Possibly the strangest thing to come from Gamescom this year is the fact that Final Fantasy XV will soon be getting an episodic 'Pocket Edition' where all of the characters are a little teenier, rounder, and cuter. For those who want to just focus on the story of the XV, this'll be your chance as it offers up ten chapters. Take a look at the first footage and see what you make of it. I still can't decide...

Board games are hardly boring
Last but not least, the upcoming list of Asmodee's digital board games got a little love as the company announced a whopping ten games in production - from Terraforming Mars to Abalone. If you've been wondering which titles you can look forward to owning on mobile this lovely list will sort you out. 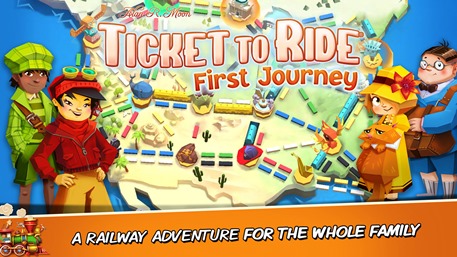