Hello once again, lovely ladies and gents, it's time for this week's ROASTING Hot Five.

Despite it being a bit of a quiet one in terms of news, we've still had some pretty awesome stuff to talk about. Let's just go wild, bypass all of the space-filler, and dive into it.

A few weeks back I told you that Swedish footballer Zlatan Ibrahimovic was building a new mobile sports game with his co-owned company, ISBIT Games. Earlier this week, the game actually dropped on the App Store and it...wasn't quite what we were expecting. It's got a football element, or 'driftball' in this case, but it's also a racer which is kind-of weird but cool.
Subscribe to Pocket Gamer on

Now, this is news we've been waiting for. The Kingdom Rush developer has been sitting on Iron Marines for just over a year with very little said about it. In fact, a lot of people thought the project had been dropped, but lo and behold it's coming to mobile on September 14th.
Subscribe to Pocket Gamer on

As opposed to its predecessors (being hack 'n slash RPGs), Champions has taken a bit of an unexpected turn. Released on soft launch on Wednesday, Gameloft revealed that the game would actually be more of an MOBA and a pretty decent-looking one at that.

Some board games sales for that ales ya

It wouldn't be a good week without a little sale-age to keep you company, and Harry's got the low-down on what cheeky board games you can pick up on the cheap. Both Lost Portal CCG and Spite and Malice went on sale Monday just gone, and at the time of this article going up it's still going. 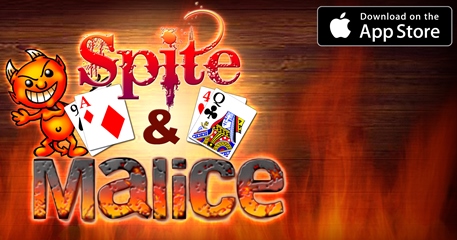 Last but not least, Ninty's got us covered as another Fire Emblem Heroes mashup is hitting the mobile game. This time we get to take a whack at Amelia, Seth, Ines, and Tana from Fire Emblem: The Sacred Stones, AND the long list of their learnable skills. Get in.
Subscribe to Pocket Gamer on

That's it, everyone. Another week over and done with, but don't despair. These next seven days will absolutely whiz by and before you know it you'll be right back here with your ol' pal Emily.

Best new iOS and Android games of the week: August 20