Mention of a new Wadjet Eye game will likely provoke great excitement in a committed minority of fans, and indifference in everyone else.

That's just the kind of divisive effect classic point-and-click adventure games tend to have these days.

Technobabylon doesn't do anything radical to disrupt that clean split, but it does deserve to be tried by anyone who values a ripping sci-fi yarn - despite the usual foibles of the genre.

Technobabylon is set in a dystopian future where the internet is a full-on virtual reality experience accessed through neurological wiring. This Matrix-like system has been given the apt name of 'the Trance'.

Elsewhere the police force of your local metropolis is directed by an AI overseer with uncanny Minority Report-like powers of prescience and Bladerunner-like replicants see to humanity's physical needs. 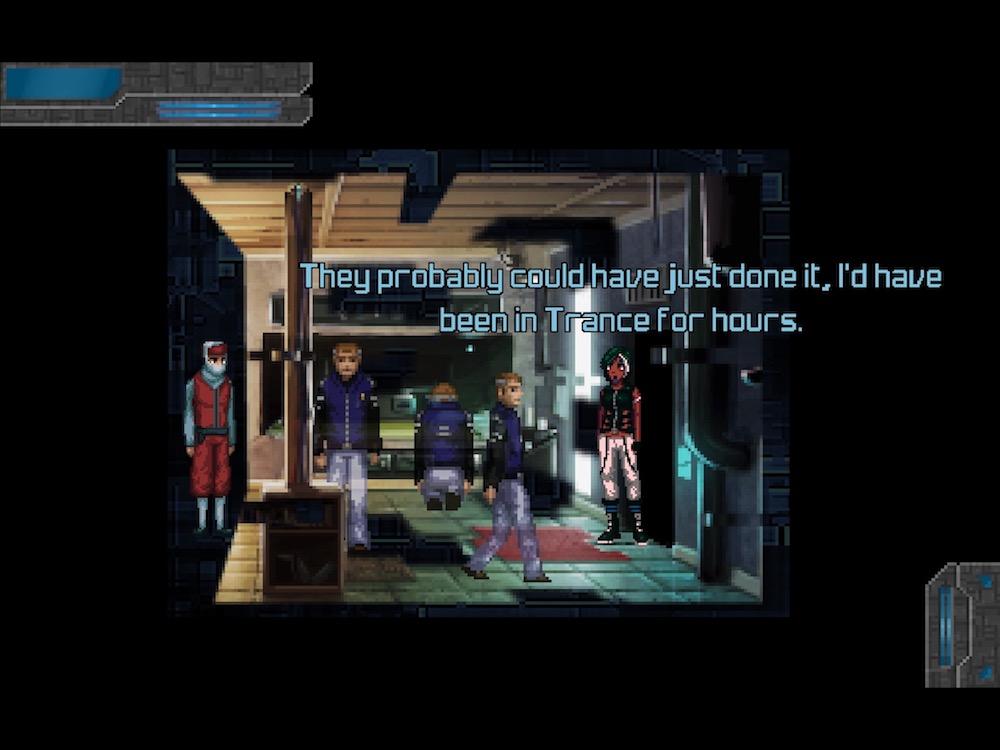 I've made three distinct sci-fi references there, and I could have made several more. There's a rich melting pot of sci-fi influences on display here, and the resulting universe feels instantly familiar.

However, the quality of Technobabylon's world building is such that I was engaged from the very beginning. Equally important to that is the fact that Technobabylon's characters are likeable, believable, and interesting.

This twisting whodunnit of a story is told from three distinct perspectives - a young net junky named Latha and a pair of mismatched future-cops named Regis and Lao.

Each has a clearly defined, multi-layered personality with glaring flaws and personal baggage. Just the kind of thing you need if you're to identify with them.

All three are drawn into a dark and sprawling (though frequently amusing) mystery, the nature and even the outline of which it would be a crime to spoil.

Suffice to say, if you're a fan of Phillip K. Dick and William Gibson (or the media they've inspired), you'll find much to love here.

Wadjet do that for?

Of course, with any point-and-click adventure the story is only half the equation.

The other is the pointing and clicking itself, which usually involves a lot of cause-and-effect puzzling and no small amount of trial and error. 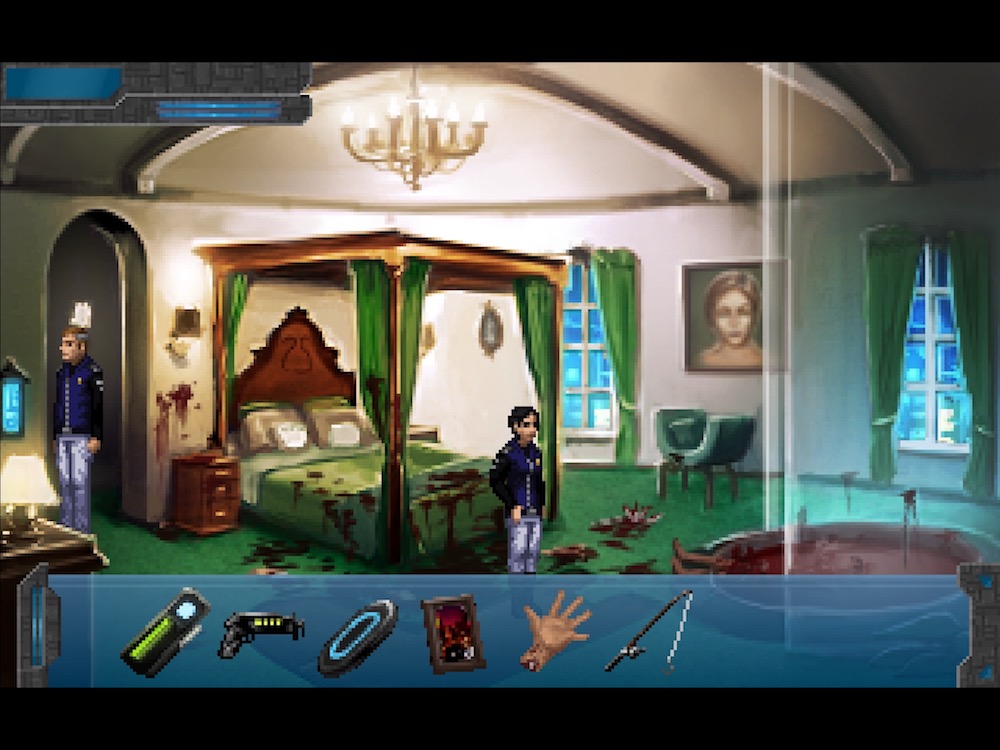 I can't pretend that there isn't plenty of that here, and if this is what has turned you off such games in the past you're unlikely to become a convert off the back of Technobabylon. But I will say that most of the puzzles here have a grounding in logic.

In fact, some of the puzzles here verge on genius, such as one early example that involves juggling several personality settings in order to wring information out of an android.

Of course, there are also moments where your progress snags on a simple piece of overlooked evidence or a maddeningly obscure solution. That's just a staple element of such old school adventure games, it seems.

But if you can weather such frustrations, and stomach Wadjet's typically lo-fi pixel-art graphics engine (which I find to be charming), there's a smart and absorbing adventure to be had here.

Want more? Check out our growing collection of Technobabylon articles!