And reap their glorious rewards

Cat Quest is an engaging and adorable action RPG starring a feline Dragonblood on a mission to save his catnapped sister. Along the way, he'll help out a few cat peasants, slay a few monsters, and collect tons of loot.

While there are plenty of dungeons to explore and rewards to uncover, you may have noticed larger, gold-trimmed treasure chests in many of the ruins and caves along your travels. Walking up to these chests results in a large red key icon appearing over them, and they are unable to be opened.

There is a single master key that allows access to all of these chests and is the only way to unlock them. Once you have this key in your possession, walking up to one of these chests will display the same magnifying glass icon and tap-to-open option of any other chest in the game without any other requirements.

To earn this master key, you'll need to reach a specific point in the main storyline and then complete an additional side quest. We've outlined the steps below: there are minor spoilers for the main story, but most players who are level 25+ will probably be at this point or beyond. 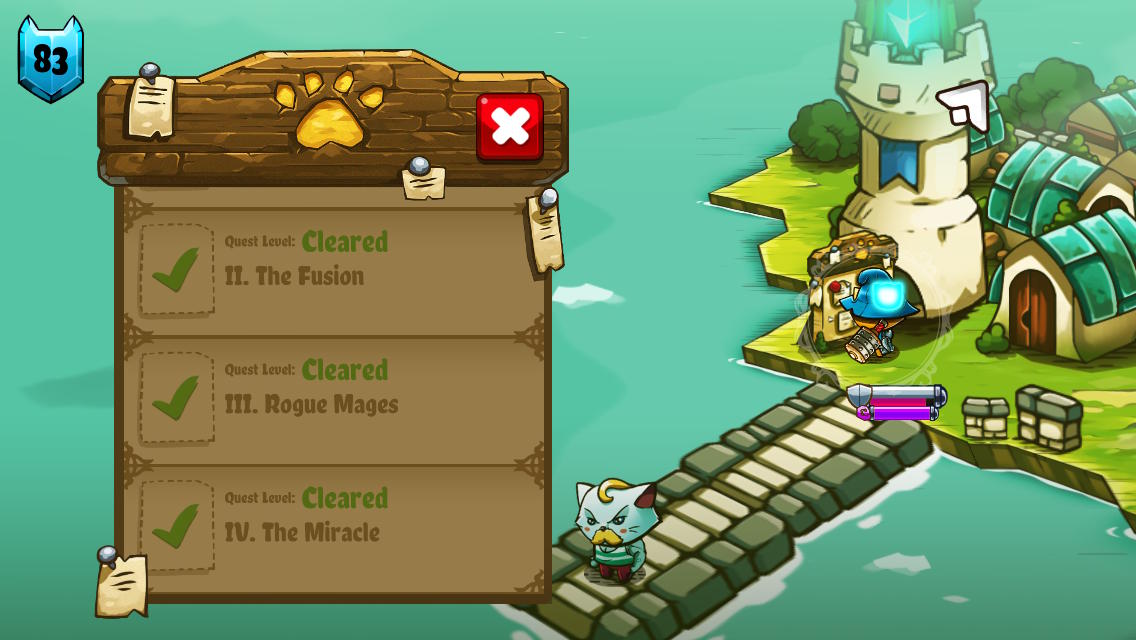 The first thing you'll need to do is reach the Pawt City questline and complete the series of main story missions there. If you're already past this point, feel free to jump to the next bolded section below. Otherwise, this quest opens up after you've defeated the second of Drakoth's dragons: you'll be told that fighting the next dragon will require the ability to walk on water and someone in Pawt City may have this knowledge.

The recommended level for the first Pawt City quest—"I. Path to Water Walking—is level 20. The final mission in this line—"IV. The Miracle"—recommends level 27. Once you've finished all four of these missions and have learned the water-walking ability, you're ready for the next step.

Note: be sure you turn in part IV of the quest before moving on to the step below. You'll learn how to walk on water mid-quest and can then freely run around while the quest is still active. Turn it in to the governor on the pier so you have no side quest active. 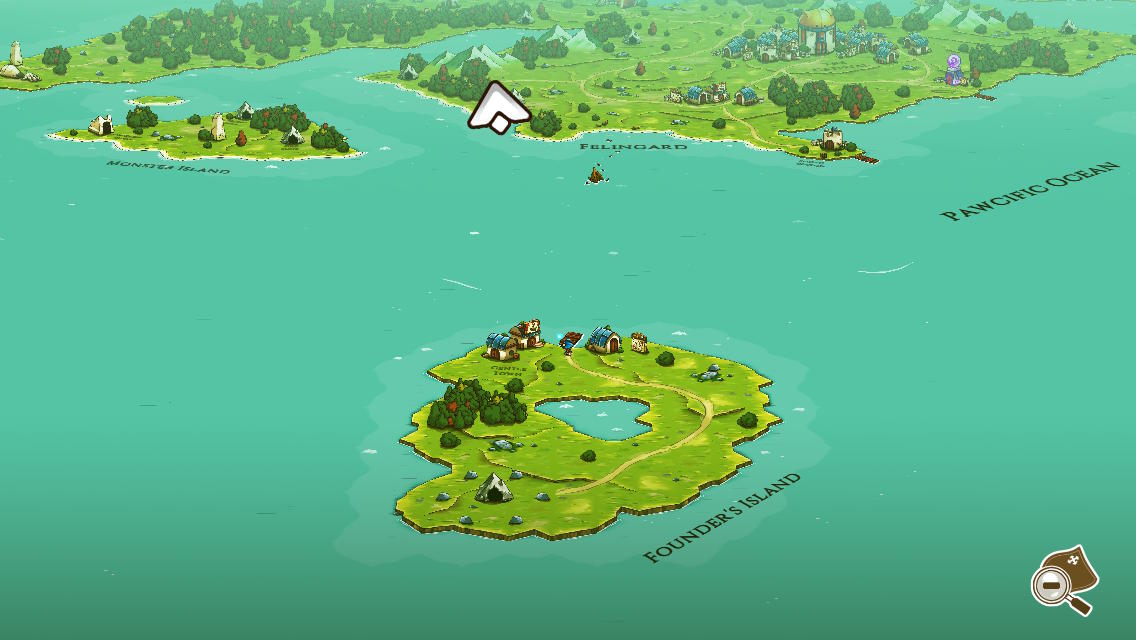 Once you can walk on water, you can access the side quest that will award you the master key. This can be done at any point after the water-walking quest, but is best done right away so you have access to the golden treasure chests as early in the game as possible.

Head to the area where the game first began, your half-sunken ship off the coast of Felingard. If you go to the Catpital (where the King lives) and head southwest, you'll soon run into the small village of Mewtown. Continue southwest and you'll reach the wreck. (If you study the wreck, it will mention "a strange island far down south from here…" although you don't have to see this message to proceed.)

From the wreck, head directly south. You'll be out in open water with nothing nearby for a few seconds, but after about 14 paces you'll reach an island. (Zooming the map out at the wreck should show you just the very tip of the island to give you an idea of its distance.)

This is Founder's Island, and it contains a small village called Gentle Town. If you speak to the towncats here, you'll find that they are feline embodiments of the developers, The Gentlebros. 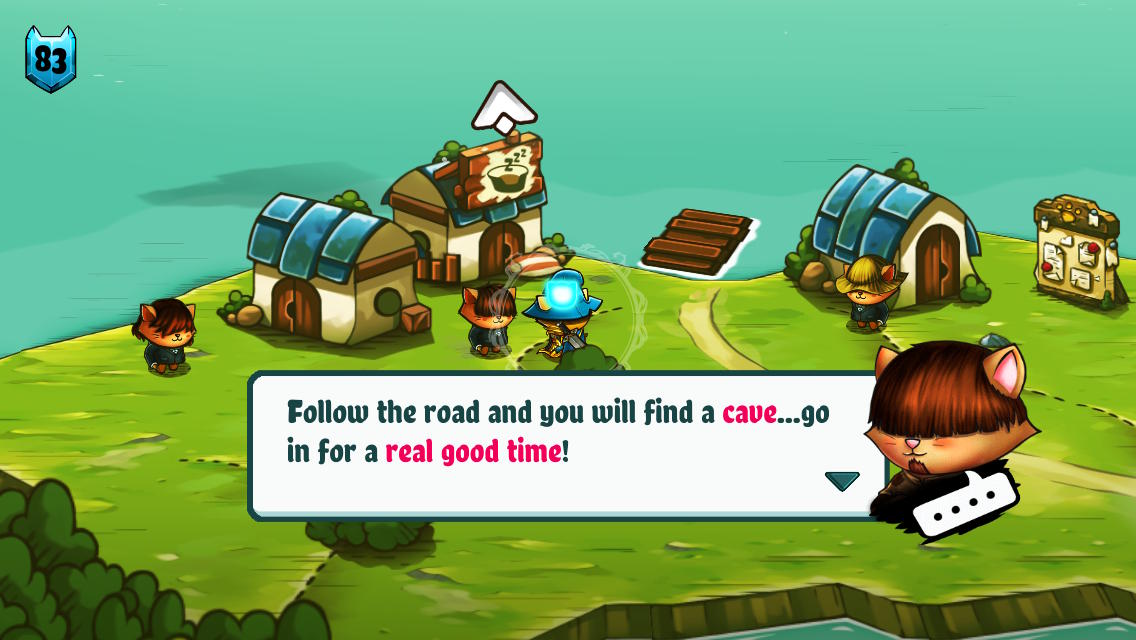 On the east side of the island is a quest board with a single quest on it: "The Golden Key." Accept this quest and speak to the Gentlecat quest-giver. He'll send you to an unmarked cave on the southwest side of Founder's Island.

Head for the cave, but be prepared for extremely powerful enemies inside. There are five mimic chests waiting: three which roam the center of the small cave and two which are stationed near chests on either side. These mimics do 999 damage with a single hit regardless of your level or armor, so you'll have to be very cautious and dodge their attacks to prevent instant-death.

You'll have to defeat all five mimics to complete the quest. (Note: it's possible there will only be four in the cave. As long as you kill all the ones present—receive the cave "Cleared" message—you'll complete the quest.) We recommend focusing on the three in the center at first. Those on the edges won't chase you unless you get too close to them, so stay near the center and try to lead one chest toward the entrance to take it out away from the other two. Alternatively, if all three are grouped up, focus on using magic to damage them all from a safe distance.

Freezepaw is a useful skill for this battle since it slows the mimics' movement and their attack speed. When frozen, the time it takes for the red attack circle to fill will be much longer, giving you a chance to hit them a few times and get out before they strike. If you haven't picked up Freezepaw yet, it's available for purchase from the Arcane Temple on the peninsula just northeast of Pawt City. 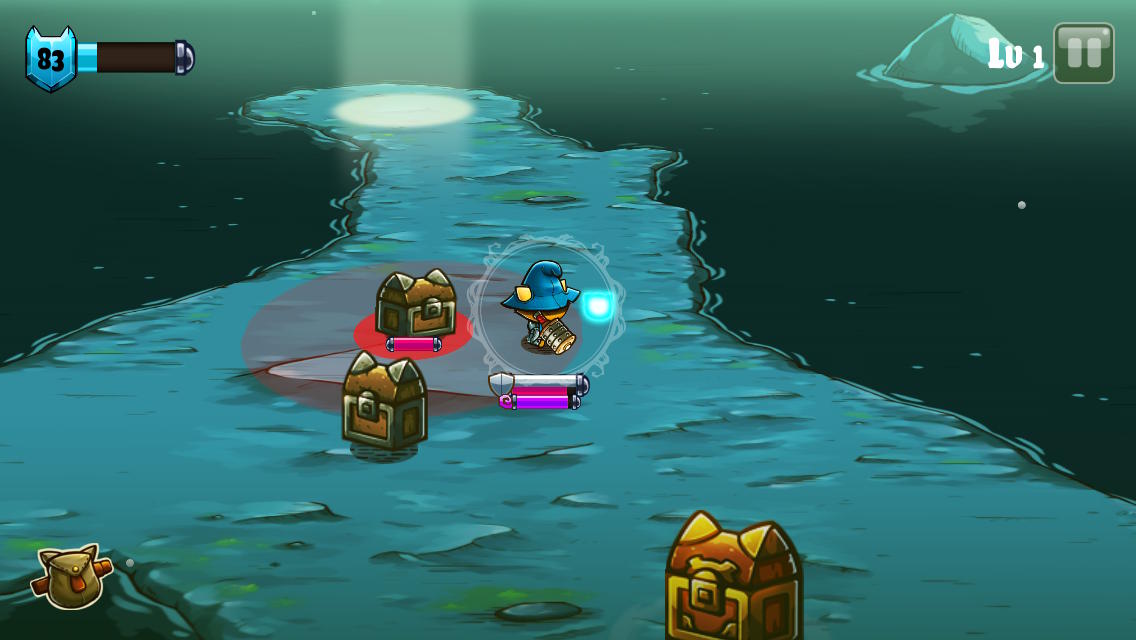 Take out the two smaller center mimics first since the golden mimic has a lot more health and moves faster: getting rid of the smaller two will give you more breathing room to focus on the larger one. When the three in the center are taken out, lead the remaining mimics near the treasure chests one-by-one toward the center and handle them the same way.

Assuming you're attempting this at a lower level (25-30), this fight will take quite a while. The mimics have a decent amount of health, so you'll just need to keep hacking away at it bit by bit and dodging to stay alive. Dodging is the most important part of this fight due to the monster chests' one-hit potential.

Once you've defeated all the mimics, head back to the quest-giving Gentlecat for your reward: the Golden Key which opens the locked chests in dungeons. If you came across any locked chests previously, be sure to revisit those dungeons to open them. They contain unique and generally more powerful armor and weapons that you won't find in the smaller chests.