Danmaku Unlimited 3 doesn't really feel like a shoot-'em-up to me. Which is an odd thing to say given that it looks every inch the quintessential Japanese bullet-hell shmup.

Buy it occurred to me as I scythed my way through another wave of enemies that I was doing precious little shooting, in the traditional sense. Sure, my spaceship was spewing a constant stream of electric death, but that funnelled out in the kind of wide-covering, semi-homing fashion usually reserved for a limited-used special.

If anything, Danmaku Unlimited 3 is a dodge-'em-up. And that distinction is why it remains interesting despite having changed little from the previous entry.

Danmaku me come down there

Of course, this won't be news to players of the earlier mobile Danmaku games. This is a series that has always place the emphasis on your little ship's precision dance around complex patterns of neon bullets.

What looks like an impossible situation rarely is, as most of your tubby fighter is impervious to damage - it's only the little glowing core that needs to be kept away from harm. 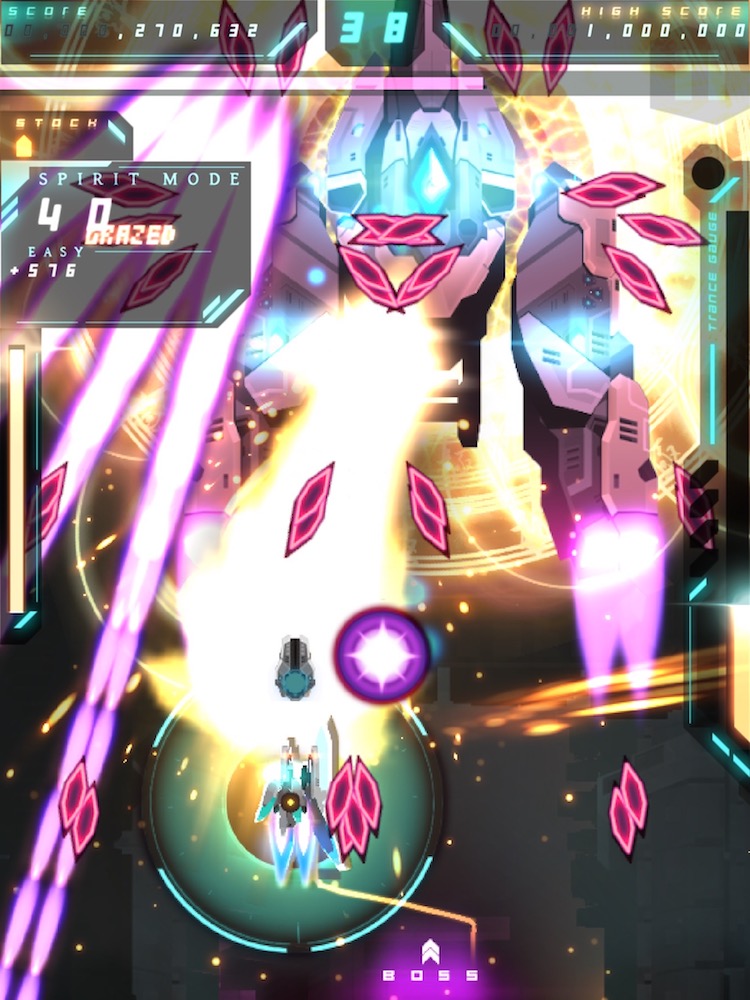 As such, each run becomes like the most intricate line-drawing game you've ever played, as you sketch a route through the slow-moving balls and shards of energy.

Another neat twist is in the way those bullets change purpose the minute the enemy that fired them snuffs it (at least in Spirit mode). All of a sudden, pink bullets become blue collectibles, which power up your super (or Trance) attack meter.

Then there's the Graze system, which rewards you for skimming extremely close to bullets. 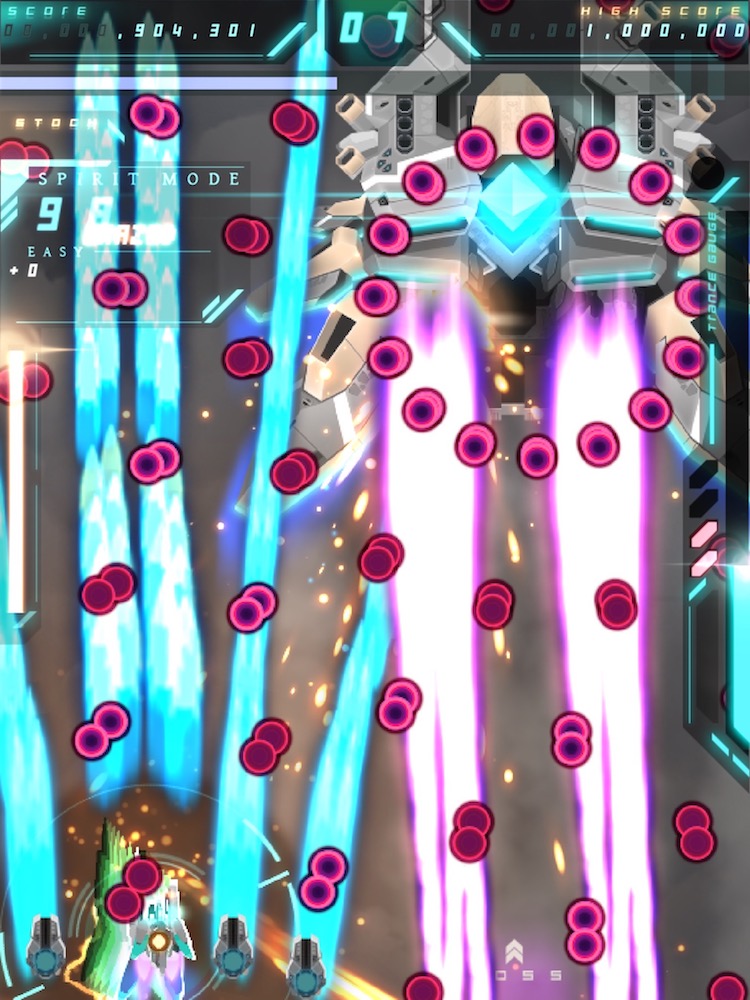 There are two ways to play the game depending on how much of a glutton for punishment you are. Sprit mode gives you more automated defences and the aforementioned bullet-neutering effect for killing enemies, while Graze mode places more control in your hand while giving you more to dodge.

Neither is what you'd call 'easy' though, despite what the game might tell you.

Danmaku Unlimited 3's appeal, from its ethereal, almost meditative gameplay to its eyeball-assaulting visual, remains from the previous titles. So do its downsides.

It still lacks the distinctive elements that give other shooters a sense of variety. There are no distinct set pieces or collectible weapons, and levels tend to bleed into one another. It's just one long assault on the eyes and forefinger.

But if you can give yourself over to that repetition, Danmaku Unlimited 3 can become quite hypnotic and almost peaceful. Like I said, it's not your average shoot-'em-up.

Nintendo may be sued over Switch controller design