Adventure Time: Champions & Challengers is a turn-based strategic RPG coming to iOS and Android this autumn

C'mon grab your friends as the turn-based RPG Adventure Time: Champions & Challengers heads for iOS and Android later this year.

When the evil Dice Lord kidnaps familiar Adventure Time characters, it's up to you to help them escape from his clutches. Head into strategic, real-time battles to help your good guys and villains out and rank them up to unlock some sweet abilities.

With over 70 Champions to collect, each character's synergies can be upgraded to build the ultimate team. Battles will apparently feature gesture controls to summon attacks and will include special artifacts which'll really pack a punch when used.

Coming this autumn to iOS, Android, and Amazon App Store, those with Android devices can pre-register for the game right now. 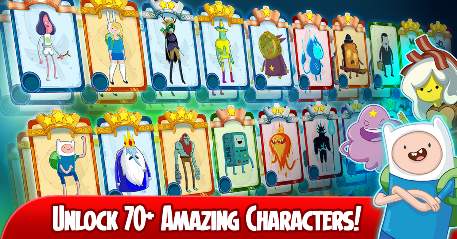