Who would have thought that we as gamers would ever be lucky enough to reach a point where we wouldn’t only be spoiled for choice with regards to portable Final Fantasy games, but maybe even struggle to keep up with them all? Released just over a year ago for both Android and iOS devices, Mobius Final Fantasy is perhaps the most recent example of the long-celebrated JRPG series turning its focus to mobile, and finding great success because of it.

Putting players in the role of their very own amnesiac hero dubbed the “Warrior of Light”, it’s your job to work your way through the tempestuous lands of Palamecia in the hope of restoring peace. Mobius Final Fantasy attempts to reinvent the tactical turn-based style of gameplay featured in some of the series’ most popular entries, bundling in ways for the player to acquire regular log-in bonuses, special summons, and ability cards to make for a more engaging and in-depth experience.

There’s currently never been a better time to jump into the world of Mobius Final Fantasy, presently enjoying a suite of limited-time events and items to celebrate the game’s recent one year anniversary. From wildly helpful daily bonuses that help turn the tide of battle to increased fusion success rates, venturing into Palamecia and taking on its challenges has never been so rewarding.

Now sitting at a player count of over 10 million, we recently got the chance to speak to some of the minds behind Mobius Final Fantasy, including Producer Yoshinori Kitase, and Global Live Operations team members Takeshi Shiraga and Hajime Umemura, discussing how it feels to reach such a prestigious landmark and how they plan on supporting the game as it continues to grow.

What do you feel has been the biggest success for Mobius Final Fantasy in its first year of operation?

Yoshinori Kitase: We created Mobius Final Fantasy to be accessible to as many people around the world as possible. Early on we made the game compatible with landscape view and even released the game on PC (on STEAM). We also supported the game with full French and German translations from the beginning.

Which aspects of Mobius Final Fantasy do you feel make it unique from other titles in the franchise?

Something that is unique about Mobius Final Fantasy is the story, which is very Meta in structure. The protagonist progresses through a typical Final Fantasy story, in which the Warrior of Light saves the world, but he feels a strange sense, as if this is all a set up. The mystery surrounding that gives a slightly different flavour than the other Final Fantasy titles up to now. 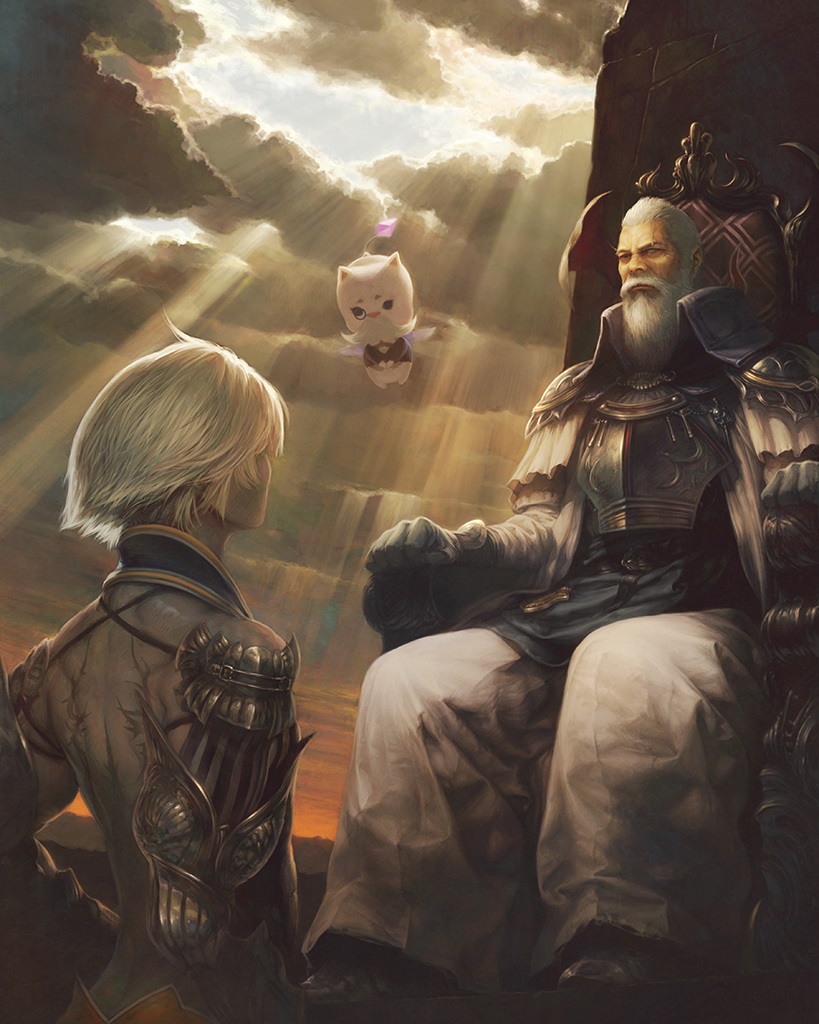 What new gameplay elements and content can we expect with the first anniversary update?

Takeshi Shiraga: The team made major adjustments to the growth element so the gameplay will see an increase from the amount of time spent powering up your character to practicing in actual fights. I believe the fun of playing Mobius Final Fantasy is being able to use an aesthetically pleasing job in battle and building a strategy through combinations of the various available jobs and abilities. We’ve made it so that players can take more time for that aspect of the game.

The first anniversary in the Special Region will be very lively, as there will be monsters from the past areas reappearing. We encourage everyone to play using their favourite job.

Which part Mobius Final Fantasy are you personally the most proud of and why?

TS: I’m most proud of the characters being believably alive. In the cutscenes, both enemies and allies move and converse with great expression. Being able to have a gameplay experience in Mobius Final Fantasy that is at a very high quality and full of life is what makes this game so appealing compared to other smart-device games. Personally, I have a lot of fun watching the main character, Warrior of Light and the companion spirit, Echo banter back and forth. 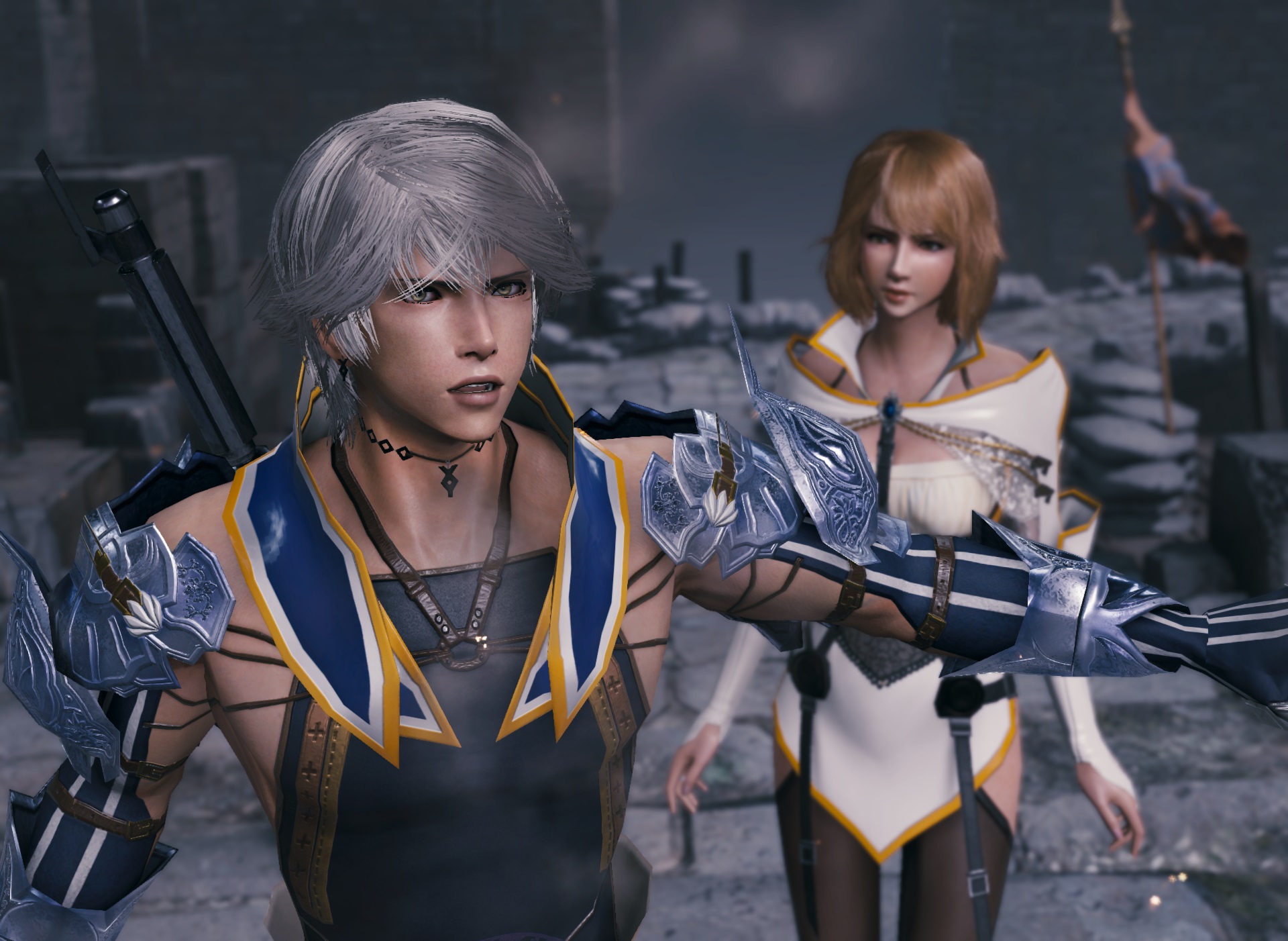 Hajime Umemura: The number of downloads and retained players were both very strong. We received very positive reviews especially on traditional Final Fantasy elements such as the growth system for jobs and abilities, as well as the strategic battles.

New jobs and abilities will continuously be added; unlike the traditional titles. The fact that you will not “run out of things to play with” is an important gameplay aspect for Final Fantasy fans that like to grind on the growth aspect.

On the other hand, there were many opinions that the story and the cinematics were lacking, which made me understand the high expectations of Final Fantasy fans toward this part of the experience. We will continue to improve upon these elements moving forward.

Don't like Mobius? Here are the 8 best Final Fantasy games on mobile

Mobius Final Fantasy - All skill cards for EVERY job