Today it was announced that Ripstone Publishing and Dreadbit would be bringing Ironcast to the Nintendo Switch next month.

Ironcast is a turn-based strategy game set in alternate-timeline Victorian history. Here, men and women command giant war machines and aim to destroy the British Empire. It's up to you to take hold of your own mechanism and defend 1880's England from the invading enemy.

It's a bit of a mix of genres in that you fight your battles by gathering resource nodes (via match-three mechanics), each variety of which powers a different weapon. There's also roguelite elements in that there is permadeath, but the rewards are persistent alongside randomly-generated levels.

Check out the trailer above for an idea of what to expect. The game will be playable docked, in tabletop mode, in handheld mode, and by using the touchscreen.

Ironcast, the complete collection of which all available Commanders and Mechs, launches on the Nintendo Switch on August 10th for £12.99/$12.99. 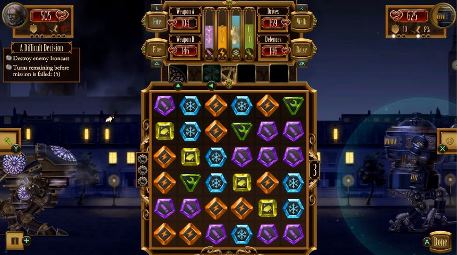 Songbirds is a relaxing music-creating game, coming to iPhone and iPad on August 3rd