As promised last week, Eden: Renaissance has brought its brand of isometric puzzles and alien companion to iPad and iPhone, available for £4.99/$4.99.

Similar to the Go games, you move through isometric stages along paths of nodes, manipulating switches and the environment to create safe passage. Thankfully, you have an extraterrestrial buddy armed with special powers to assist with that task. 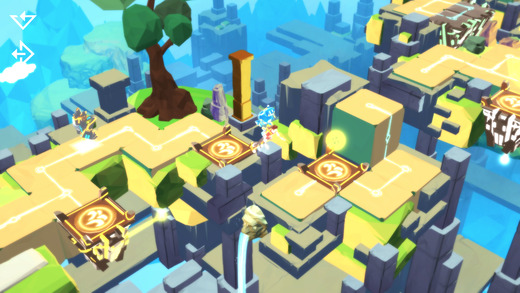 Across 100 stages, you'll discover dozens of collectables, new outfits, and even face a powerful boss, combining Eden's powers in unique ways as the puzzles grow more challenging and dangerous.

Eden: Renaissance can be purchased on the App Store, and has an Android version coming later this summer.

Eden: Renaissance review - A game that fits a bit too comfortably in the Lara Croft GO mould

Work together to survive an alien world in isometric puzzle adventure Eden: Renaissance