Glyph Quest Chronicles will be familiar to folks who've played the past two Glyph Quest games, albeit with a few new features sprinkled in.

With a new free to play system in place, though, is Glyph Quest Chronicles a welcome improvement or an unnecessary money-sink?

You'll start your adventure by choosing a character. There's a wide variety, all of whom have a particular elemental affiliation.

Once you get into the thick of combat, you'll get a damage bonus on spells using the element of your character.

It's a fun new feature, but as you get into the quests, it doesn't feel as though your character's element has a huge impact on battles.

Especially when you're going to be employing many different elements to take on monsters' various strengths and weaknesses. 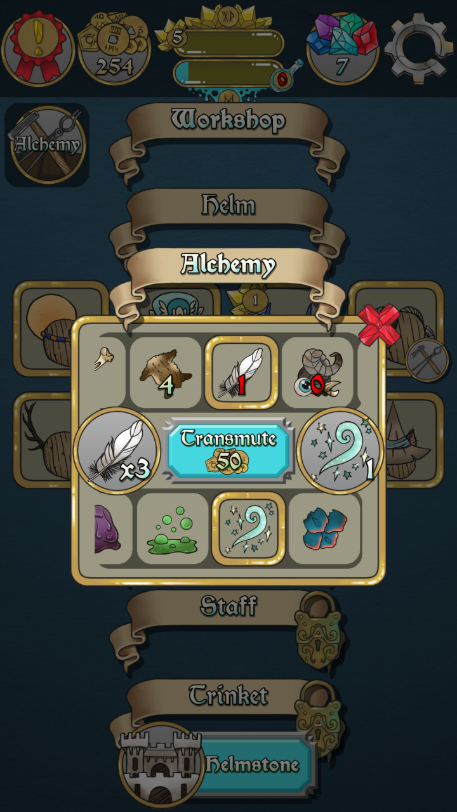 Once in the game proper, you're presented with a map full of stacks of quests, each one increasingly more difficult.

The home city of Helmstone gives a nice respite from the action, providing a space to manage your equipment, buy potions, craft new items, upgrade your spells, and check out the bestiary.

Crafting is satisfying, and the spell tomes and bestiary are nicely presented. There's a lot to do in town alone, breaking up questing to provide moments of relaxation from what can be tense fighting.

If you're familiar with Glyph Quests of the past, combat will look quite familiar. You cast spells by matching two or more elements, or you can combine different ones to create unique spell combinations.

Chain the same spells for added damage, or switch to the opposite element for a Reversal that wreaks even more damage 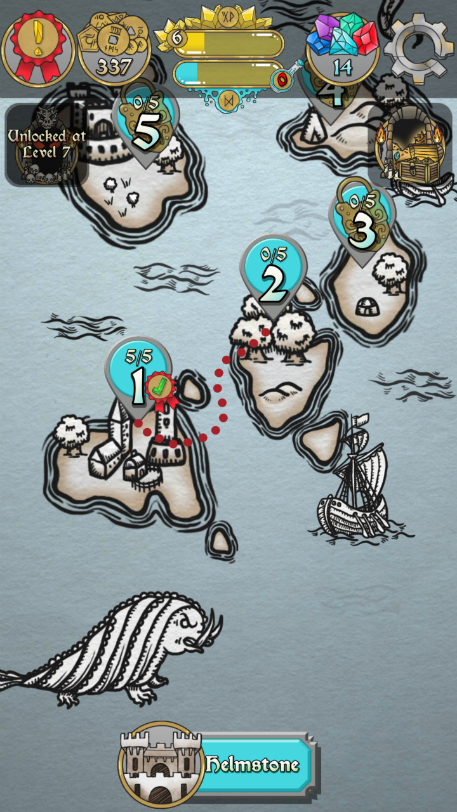 It's great fun experimenting with these innumerable combinations, while devising strategies to employ in each fight.

Battles are quite challenging, so you'll need to use your knowledge of the elements to great effect. Your enemies can appear in groups of three, or take chunks out of your health with adverse effects like poison or bleeding.

Potions come in handy here, but grinding earlier quests is even more beneficial.

Perhaps the biggest change to the Glyph Quest series is the new free to play system. The previous two games were gated premium titles - you could play to a certain point before you'd have to pony up to pay the rest of the game.

In Chronicles, you'll find some very standard IAPs. Gems are the premium currency in this fantasy land, and you can use them to upgrade your spells and buy crafting materials if you don't have the required loot to use your own.

There's also unfortunately a timer, here. You have a mana bar that depletes each time you complete a quest, forcing you to either recharge with gems or wait until it refills over time.

You do get a seal each time you win a battle - after 10 victories you'll get a free mana recharge, so there is some forgiveness here.

Alternatively, you can purchase the Patron Pack for £20.99 / $20.99, which grants the player unlimited mana along with a few other goodies.

There's a good deal of grinding required here, which can quickly eat away at your precious mana. You'll be a bit limited unless you're willing to invest some cash into the game. 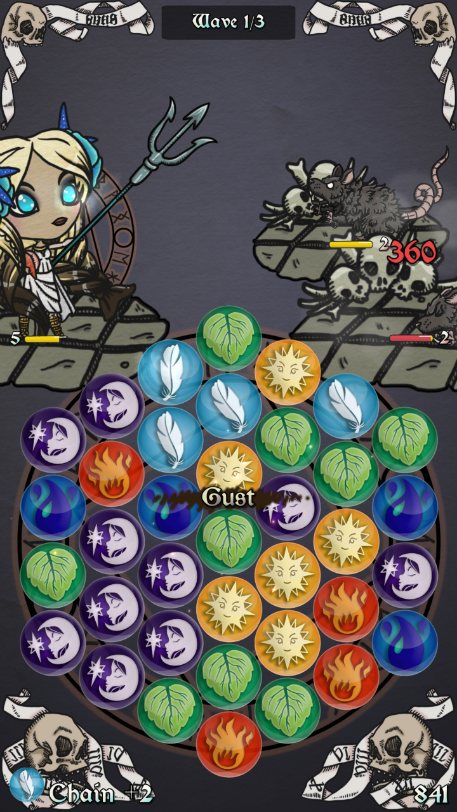 When it comes down to it, the gameplay itself is as strong as ever. Chronicles features that familiar deep match-'em-up combat with plenty of strategies and spells to experiment with.

While it doesn't introduce a whole lot of new combat, it's still good fun, with a lot of depth that's refreshing for a matching game.

Ultimately, though, it comes down to whether you think the free-to-play formula is worth more Glyph Quest. Grinding is a challenge with mana keeping a gate on things.

If this is going to be a deal-breaker for you, you might be better off paying a single premium price for one of the earlier entires in the series, as there's not a whole lot that's truly revolutionary.