It's been a couple of months since we last chatted about the side-scrolling beat 'em up Golem Rage, but iOS users now have a chance to give the game a go in its beta.

Back in April, Golem Rage's Android beta went live with the promise of an iOS following a few weeks after. Evidently it took a little longer than expected, but it's better late than never.

After chatting with the developer about the delay, they mentioned that they'd potentially found public funding in France so decide to delay the release by a little bit. At current the plan is to launch 15 levels of the game during the summer (the current version has 10 levels), with the full launch coming this autumn.

They're also quite eager to work on a few new bits and bobs for the game, though it's still early days in that regard. We'll keep you updated when we know more about it.

If you've got an iOS device and fancy helping the developer out, sign up for the beta right here. 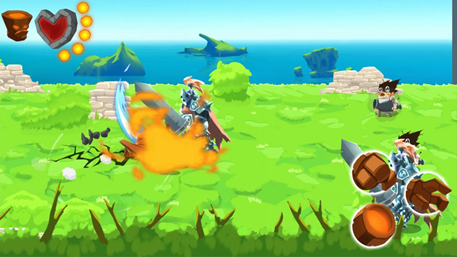 Shadowverse creator Cygames is the new shirt sponsor for Juventus