And free to play, too

Today Chorus Worldwide and We Heart Dragons announced that Glyph Quest: Chronicles has arrived on iOS and Android.

If you haven't been following the game's progression, the match-three RPG Glyph Quest: Chronicles is the follow up to the ever-popular Glyph Quest and Super Glyph Quest, and is the first free to play title in its series.

Here, you play as a Mage adept with elemental magic, and cast spells using your Glyph board. By matching the correct element to the correct receiving creature, you could wipe it out in a heartbeat, i.e. using water against fire.

Once you've defeating the beasts you can harvest the stuff they've dropped and turn it into upgrades for your equipment. You can also show your own skills a little love by leveling up and learning new spells.

Grab the game free to play on the App Store or on Google Play now. 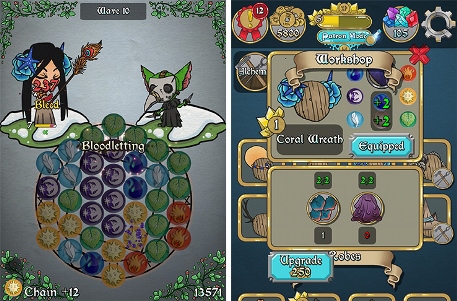