Get ready to get frustrated

Today Cat Nigiri announced that their stylish platformer Necrosphere will be arriving later this year on iOS and Android.

Necrosphere is a Metroidvania-style platformer which celebrates ultra simple controls and not-so-simple gameplay. With a seriously retro flavour, the challenging 2D game puts you through hell itself as you've got to fight through level after level and find your way out.

From the state of the trailer, you know that this isn't going to be one for the impatient gamers among us. Taking on more of a 'if at first you don't succeed' approach, you'll certainly need to try, try again. There'll apparently be two-three hours of gameplay, but depending on how much you die that could well expand.

Coming first to PC/Mac/Linux in September, its iOS, Android, and console release will follow in Q4 2017. 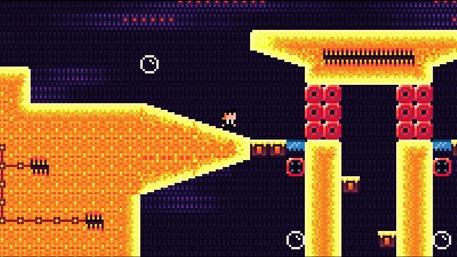