All hands on deck

If you want something a little more serious, strategic, and historically sound from your naval skirmishes however, World of Warships Blitz could be for you.

Having just entered soft launch in the Philippines, I thought I'd put the game through its paces.

The name might well have tipped you off, but World of Warships Blitz is from the same team that brought you Word of Tanks Blitz. Just like that game, it started its life out on PC before pointing its prow towards mobile-land.

Essentially, the game boils down to shooting real life opponents and attempting to capture the other team's territory by sailing into their flag zone. It's just that you're doing so with hulking multi-tonne battleships with the turning circles of, well, battleships. 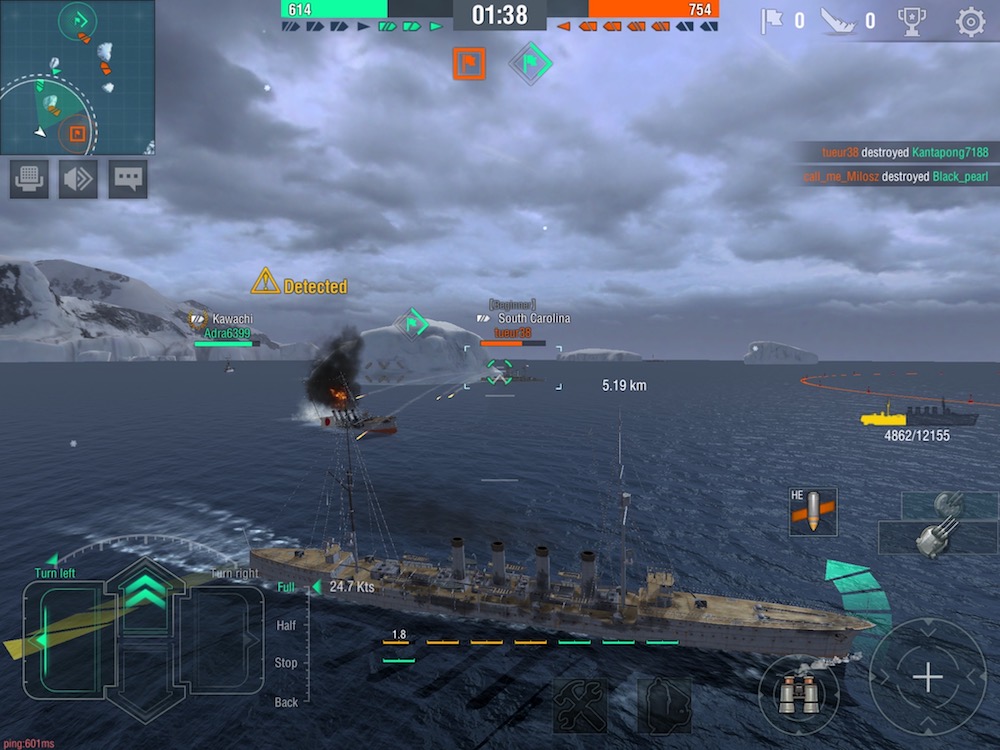 As with its predecessor, World of Warships Blitz isn't your average run-and-gun action game. There's a real sense of weight to its combat. It feels satisfyingly mechanical.

Every move you make here needs to be planned and thought through. The fact that you're piloting huge ships means that it takes a while to get up to speed and, crucially, turn. Aiming needs to be done slowly and delicately, lest you break free of the targeting reticule.

The huge distance you engage your targets at plays a part too. You need to skilfully lead your shots when engaging a moving target, while getting the powerful torpedo on target (for the ships that have them) requires a dangerous combination of being both close up and side-on to your target.

That's not even taking into account the need to put out deck fires (there's location-based damage here) and send out repair crews to patch yourself up mid-fight. 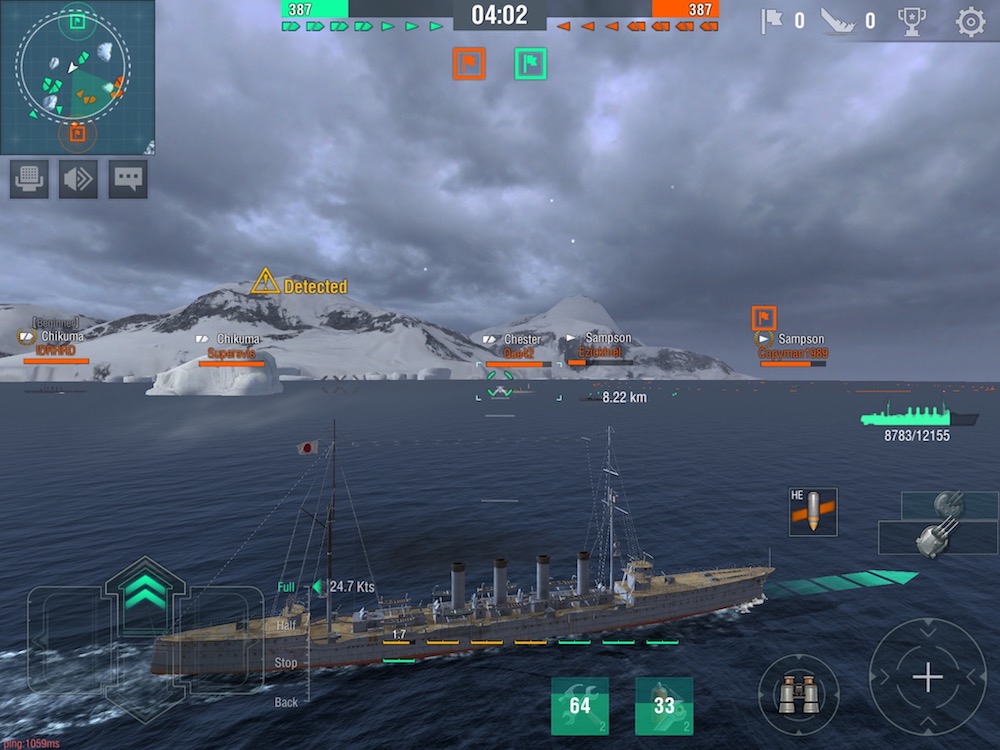 Basically, battle in World of Warships Blitz is difficult. Once I moved clear of the tutorial battles and into online fights against real players, I took repeated poundings from patient, wily opponents.

You really need to thing your moves through - charging straight into the fray without back-up is a sure-fire way to get blown out of the water.

I have no doubt that World of Warships Blitz is going to be a massive hit with a sub-sector of players, just as it's going to alienate those after a quick blast.

I'm less certain how the game's freemium structure is going to pan out. I found the system for purchasing new ships to be a little opaque to say the least, and it remains to be seen how much of an advantage splashing out real money on the fancier models will give you.

Given the demanding and tactical nature of the combat, though - not to mention the developer's pedigree - I'm confident that World of Warships Blitz will be an intriguing skill-based multiplayer game when it finally hits the App Store proper.