Middle-earth: Shadow of War soft launches on iOS in the Philippines 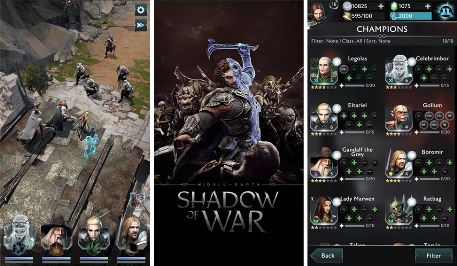 After Celebrimbor forges a new ring of power his journey will take him across Middle-earth, the new minor rings calling on various Champions throughout, in order to wage the Shadow War, take on Sauron's armies, and overthrow Sauron himself.

Collect and upgrade iconic Lord of the Rings figures, such as Gandalf, Golumn, and Galadriel. Take part in real-time battles across hostile regions of Mordor, direct your team's combat tactics in real life, and launch powered-up special attacks. Cooler still, because of the Nemesis system, each Orc you face in the game remembers your decisions, creating a different experience for every player.

So, if you're in the Philippines and fancy giving the game a go, check it out on the App Store now. Or, if you'd like to give it a go but you're a little further afield, take a look at our guide on creating foreign iTunes accounts to get you started.