That's a requirement to get a chance at a code in the giveaway, but more on that later. Let's kick things off.
Touchdowners

Colin Lane is back at it again, with a brand new physics-based high score chaser themed on a sport. This time it's based on American football and you have to score touchdowns. 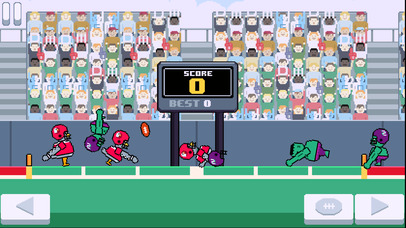 You control three footballers, and have to pass, wrestle, and jump your way over to your opponent's endzone to score one of them touchdowns. As you can imagine, it's very frantic.

And we liked it! It got a Gold Award at review and we said: "If you've enjoyed any of Colin Lane's other games, or if you're a newcomer to his sporting silliness, then you need to pick this up. Trust me, you won't regret it." 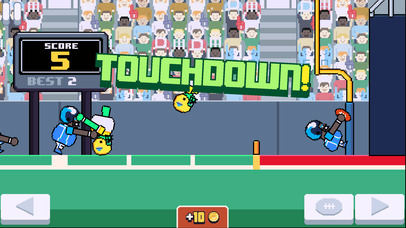 Touchdowners review - It's American football, but not as we know it

Touchdowners is the next physics-based game by Colin Lane, coming to iOS this Thursday