Lead up to release

Can you believe it? There's less than a fortnight to go before Albion Online launches worldwide, and with the beta ending in less than a week the Albion team is holding a final weekend of in-game events. 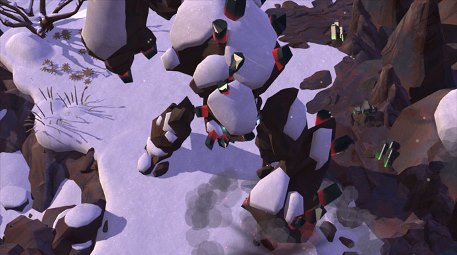 If you've not heard of it yet Albion Online is a sandbox MMORPG set in a medieval fantasy world filled with all kinds of exciting creatures, friends, and enemy players. Craft your own weapons and armour using the classless system, take part in intense PvE/PvP battles, and leave your own mark on the world of Albion.

In a blog post yesterday, the Albion team announced that they'd be celebrating the final beta weekend with three in-game events.

July 7th - Rise of the Guardians
"A Guardian has appeared in front of you, roaring with all its glory. Call on your friends and take it down, you will be able to use its Tier 6 resources for the rest of the weekend. But be careful, enemies lurk from all sides!"

July 8th - Show Me the Money
"Five of the King’s Tax Collectors will be hidden somewhere in the world. One at a time, their location will be revealed in an increasingly more precise manner, and your mission is to find them and rescue them. Sounds easy enough? There's a catch - as you know, easy and Albion don't exactly go hand in hand. The Tax Collectors will be hidden throughout PvP enabled zones and you will have to stand next to them for five minutes to rescue them, so watch your back or better yet - bring a group of friends!"

July 9th - Castle Siege Sunday
"Hold the castle in Heart of the Forest or Creag Rudd at 20:00 UTC, to win an abundance of gold codes. So grab a hold of your guildmates and alliance-members, strap on your best gear and head on over to the Outlands for the fight of your life!"

Check out the full blog post here, and get ready for the worldwide PC/mobile release on July 17th.

Oh, and if you're interested in getting some beneficial pre-release goodies you've got until July 9th to purchase Founder Packs. These packs include tidy extras like gold and exclusive in-game items.

Mini Guns is a real-time PvP battler where it's all about strategy, not just gun power