The new Razer Blade gaming laptop is one hell of a prospect. It claims to offer both the portability of a MacBook and the technical prowess of a beastly gaming desktop.

That's a bold claim, and an incredibly enticing prospect. After all, who wouldn't want a gaming device capable of playing anything that they can easily chuck in their bag?

But is it as good as the sales pitch suggests? Well, we can help answer that. For the purposes of this review, Razer kindly sent us a test unit.

We've since put it through the paces to determine once and for all if this is the ultimate gaming laptop. Let's find out. 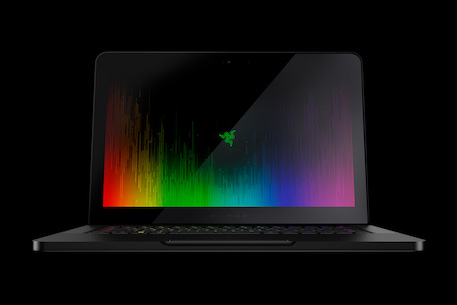 When designing the Blade, Razer clearly took a leaf out of Apple's book. It's sleek, metallic, and minimal. You certainly won't feel shame whipping it out in public like many Windows laptops.

There are a few stylish touches as well. The Razer logo on the reverse shines bright, forcing you to take a glance. Meanwhile, the keyboard backlights constantly shift in colour at default, but you can switch to a variety of awesome effects.

I don't know about you, but I've always wanted a keyboard that lights up when I press a key.

It's mesmerising, but far from distracting. The best part is that it mimics Apple's peerless sensibilities while adding its own touches. As a result, it feels distinctly Razer. 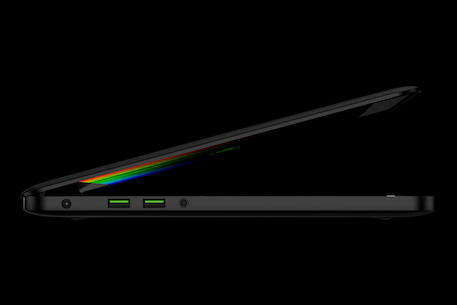 Much like a MacBook, the Blade is very comfortable to use over prolonged periods. That's important, as it needs to service your everyday gaming needs.

The keys have a satisfying, almost spongy feel, and there's no annoying clicky sound when you press them. Similarly, the touchscreen is flawless.

While I'd have appreciated the left and right buttons to be incorporated into the touchscreen itself like on a MacBook, it's no huge issue. Chances are, you'll use a gaming mouse anyway.

All buttons and slots are exactly where you want them to be. That includes two USB and a USB-C port, a front-facing webcam, and HDMI port. Everything a PC gamer on the go needs. 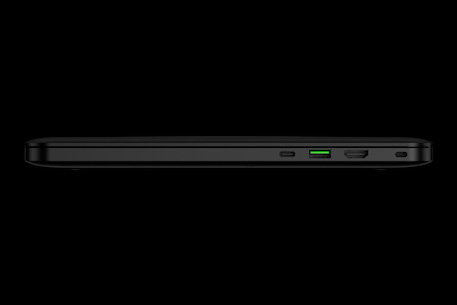 And now for the important part - how does the Razer Blade handle games? The answer is: very well indeed.

For the purposes of this review, I downloaded the most meaty games in my Steam library to really put the Blade to the test. It handled all of them flawlessly, even in maximum settings.

To be fair, I haven't used a PC in years, so the games I played were a bit dated. Still, The Elder Scrolls V: Skyrim, Counter-Strike: Global Offensive, and Guild Wars 2 are relatively graphically intensive.

And even with luxury settings like supersampling and anti-aliasing so smooth I can't even remember their names turned on, it didn't affect performance. 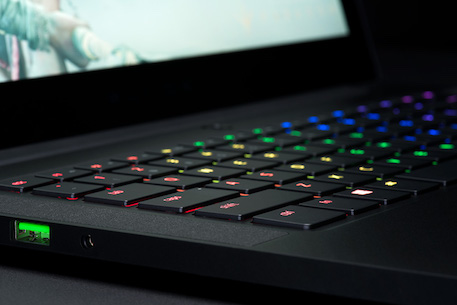 We tested the full HD model though, so perhaps your experience will differ if you opt for the 4K screen.

Then again, the Blade is fully compatible with the Core, which allows you to plug in an even more powerful graphics card when at home. At that point, it really is just a powerful desktop.

There really isn't anything bad we can say about the new Razer Blade. It's gorgeous, comfortable to use over prolonged periods, and handled every single game we threw at it with ease. 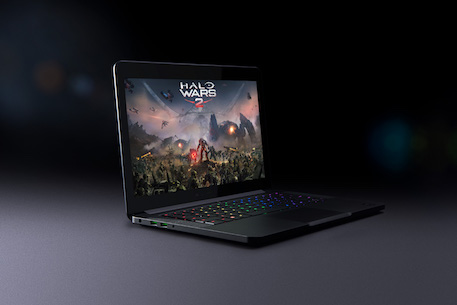 There's no real compromise here either. Even if you're disappointed with the performance of the base unit (we're well aware of how insane you PC gamers are), you can grab the Core and plug in an even more powerful graphics card to boost it further.

Sure, that will be more expensive but as a result you have a peerless gaming device that you can play completely without compromise no matter where you are. That's incredible.

We can't really fault the new Razer Blade. It offers peerless portable gaming that's completely without compromise, which is quite the feat
By Chris James
| Jun 27, 2017 |
Steam

Tappy Sky developer's next game, #01, is a zombie-killing endless racer