The rumour train's pulled into the station

Yes, I know. Now that Mario + Rabbids Kingdom Battle has officially been announced the rumour well's gone dry...until today, that is.


Flagged up by WWG earlier this week, the rumours flying around the Switch world at the moment regard a certain detective game, L.A. Noire. According to multiple sources, the game could potentially be getting remastered and re-released not only on the Switch, but also on Xbox One and PS4.

Cooler still, it's also rumoured that the aforementioned remaster is likely to get a first person mode, similar to the one used in Grand Theft Auto V. This should also be compatible with PSVR for that true, immersive experience.

Alas, you know the drill by now. None of this has been confirmed by Rockstar, so take everything you read with a pinch of salt, but it certainly opens up an interesting door. If one Rockstar game heads to the Switch, who's to say there won't be more?

What do you guys think? Would you be up for seeing L.A. Noire make another round? 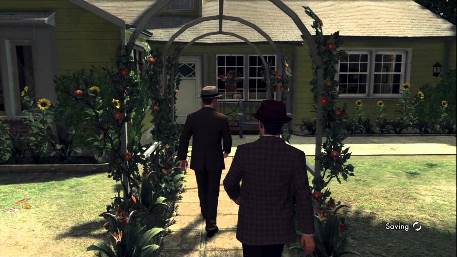