Panthera Frontier is a slightly harder than midcore strategy game set in deep space. Deep space where everyone is an anthropomorphic animal. So it's all cats and wolves and cat wolf pirates.

You're the captain of a ship, and it's up to you to complete a series of missions. There's a story to follow, and side-missions to engage in as well.

It's a fun experience, and apart from a few rough edges here and there you're going to enjoy the time you spend with it.

The core of the game is the battles you engage in while you're exploring the cosmos. These are sort of turn-based, and involve you juggling a number of responsibilities.

You're given a side-on cross section of your ship that shows the various rooms that make it, as well as the crew at their positions. There are guns, there are engine rooms, and there are shield generators. 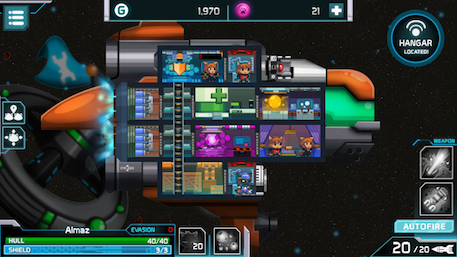 You've also got a view of your opponent's ship. You need to target your fire, taking out key components to destroy the enemy. But your ship will take damage too. And so will your crew.

Fires spring up, and you need to put them out. Your gunners might take a hefty hit and have to scurry off to the infirmary to recharge. But you need to keep an eye on the opponent's ship too, and make sure your shots are doing enough damage.

It's a tight and interesting idea, and feels like a mix of ideas from a bunch of other games. They work really well together, and it's nice to see a game set in space that isn't just about blasting. 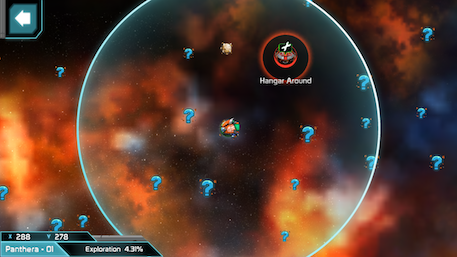 There's a decent tutorial, so you never feel like you're over your head, and the game moves along at a neat enough pace too.

There are some little annoyances, like poor translation, and strange pauses between sections, but they're reasonably easy to overlook.

All in all this is an interesting take on the genre, and while it doesn't quite fizz and pop with same intensity as the likes of Out There or FTL, but it's definitely worth checking out all the same.

There are some real good ideas here, and they manage to block out some little niggles
By Harry Slater
| Jun 22, 2017 |
iOS
Find out more about Panthera Frontier