All hands on deck

Time is of the essence in Carrier Deck. There are no turns here; in this new iPad strategy game, you'll need to manage aircraft and deal with warzone threats in real time, making every second and action count.

As the guiding hand controlling the carrier Ronald Regan, your main goal is the timely and effective deployment of aircraft, sending out scouts and fighters while also timing their departures to clear the deck for incoming planes. Strategically timing incoming and outgoing planes, repairs, and defenses is key to surviving each of the game's fast-paced missions. 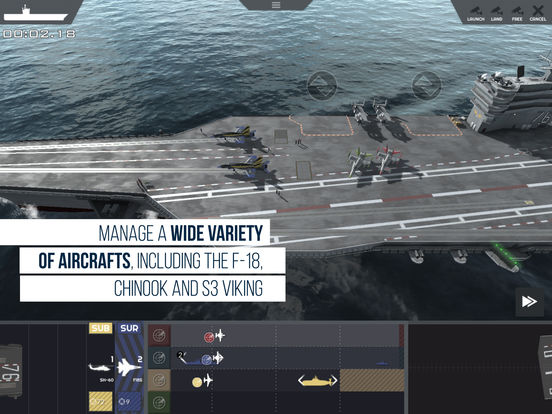 Threats abound in both the campaign and skirmish challenges, so you'll need to use radar and fighters to defend your carrier while performing varied objectives, ranging from escorting cargo to deploying special ops teams.