Hello, hello, hello, ladies and gents, and what a wonderful Sunday it is - here, at least. The sun's shining, the drinks are chilling, and we've got an exciting week to reflect on.

This week saw the display of E3 as Bethesda, Ubisoft, PlayStation, and Nintendo held their conferences, and that doesn't include what went on behind the scenes or on the show floors.

Let's take a look at the most popular stories from the last seven days, shall we?

Supercell excited most mobile gamers the other day when they suddenly teased a live stream of their latest game, Brawl Stars. It was a bit of a double whammy, really. Not only did we get a detailed explanation of what occurs in-game, we also got a stream of the game in action and it looks...alright, actually.

The day after the first newsbit went live, Brawl Stars high-fived the masses by soft launching in Canada. Whereas a bunch of gamers have already dug into the latest PvP battler, a few of our own Pocket Gamer lot gave it a bash and rather liked it. Will this be the next big mobile gaming eSport? I guess we'll have to wait and see.
Subscribe to Pocket Gamer on

Splatoon 2's got some new gear...powers

With Splatoon 2's release date coming ever closer, especially now that ARMS is out in the world, there's been more information launching on the game's official Twitter. The new gear powers will offer up a bunch of different abilities that may well save your butt in battle...if you use them wisely. 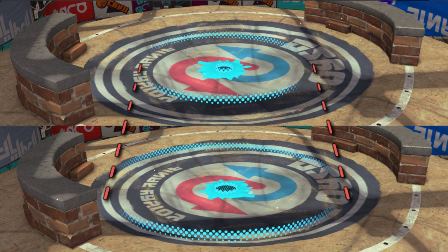 I can hear the Android community cheering (myself included) as Slayaway Camp finally arrives on Android. Having launched on iOS for a rather bloody Valentine's Day treat, Android users can now enjoy the malicious slide puzzler on their chosen devices, and at a discounted price too! Trust me, even at full price it's worth every penny.
Subscribe to Pocket Gamer on

Lineage 2 is on the horizon

For those who aren't aware just yet, Lineage 2 soft launched during the week but the story that popped up was one from about a month ago. Though it's nice to see the re-emergence of an old story, you can find the interesting stuff on the App Store where the game's in soft-launch in the Philippines.
Subscribe to Pocket Gamer on

That's it for another week folks and, oh, how I'll miss you until next Sunday dawns. But it shall dawn and it shall be glorious, so keep the beers cold and join me again next week.

Best new iOS and Android games of the week: June 18