Coming at you from Los Angeles

The Big Indie Pitch in Los Angeles was yet another exciting event as developers from all over the place came together to show off their games (and maybe win one of the big prizes).

For those who don't know, the Big Indie Pitch is an event run by us for smaller developers to show off their upcoming wares to a panel of eager and knowledgeable judges.

Though you can find information about the grand winner, Squeelings, and the runners up Hamsterdam and Sarasa in separate article, check out all 18 entrants below.

"Duck n' Dodge! is a papercraft platformer inspired by arcade classics like Frogger. Race through trap-filled areas dodging crocodiles at day and night, coupled with colorful visuals and a unique sense of humor."

Worlds Collide is a simulation game with narrative elements. Players will have the ability to create and befriend a digital partner. You'll have the option through your adventure whether to keep things strictly platonic or to go down the romantic route 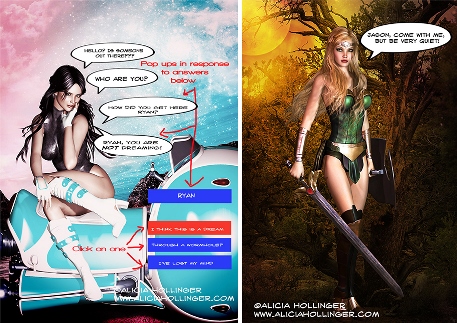 Out now on: iOS/Android. 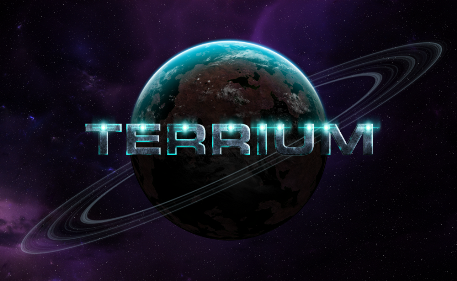 "Sarasa is a relaxing game of particle golf even your grandparents can play. You draw lines to get the sand from one side of the screen to the other. Sarasa is easy for casual players to pick up, while also being intricate enough to challenge veteran players. It's a deeply satisfying and mesmerizing experience, designed to bring out your inner creativity."

"Help Pimm save Grandpa, his cafe, the citizens of Hamsterdam, and Hamsterdam itself from the clutches of the notorious Rodent Gang. Remember the martial arts skills taught by Grandpa and defeat the hordes of enemies scattered throughout Hamsterdam's various districts. Earn and equip various pieces of battle gear to prepare Pimm for the long fight ahead towards Marlo's headquarter restaurant."

"Tarkis is in chaos. Queen Nada, the only one capable of controlling the planet's interdimensional portals, is dead, murdered by one of her six children. Against this backdrop, you'll summon creatures, build up your clans, and battle for the throne of Tarkis. The more you explore, the more creatures you'll be able to unlock. Summon Champions, Fightlings, and Minions from 30 different clans. Build your decks and take on other players around the world in real-time, one-on-one battles that combine CCG mechanics with a classic memory game."

"Currently working on a large single player mobile Zelda style adventure game called Z-Hero: The Sacred Sword. After a meteor screams across the sky, 13 year-old Zach realizes his life will never be the same. Seeking to find his missing mother, Zach changes from a boy to a young man during this story-based fantasy adventure."

"Pluck! is an innovative hybrid of two beloved game genres, garden builder meets hexagonal match-three. In this berry sweet adventure two friends, a peach named Pilar and a blueberry named Berto, travel the world to find each other. Along the way they grow a magical garden and with the help of sidekicks defeat rascals."

Coming to: iPhone/Android in late 2017

"Cardamom is a 2D interactive musical where, as a stray cat, you try to help the tenants of a New York apartment building overcome their personal problems. Dance, sing, and pounce your way into their hearts as you try to guide them along the path to success. Will you leave them satisfied with their lives, or will they wind up regretting the choices you had them make?"

Coming to: iOS/Android/Steam in summer 2017

"The game is about a stick figure named Linus who must save Princess Linia from the clutches of an evil dragon named Feytch. The hero teams up with a powerful sorceress named Segmentia, who has the power to reach through dimensions to grab objects from others worlds. Through this portal the player can help Linus by dragging and dropping platforms and other items throughout the level."

"Squeelings is a mobile puzzle game about spreading happiness. A squeeling is a creature that lives in large groups, snuggled up together, cozy and fluffy and warm. Most of them are happy, but some of them are sad, and some of them are grumpy. Your job is to cheer them up by calculating optimal hugging strategies. It's tough work, but somebody has to do it." 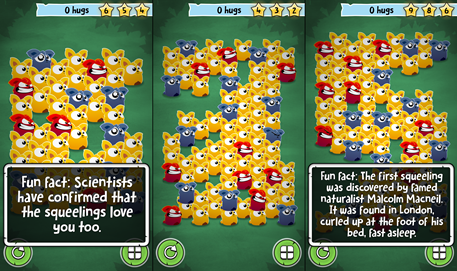 "Path of Fate is a fast-paced match-3 RPG where you take the role of the Fatecaster, a legendary wizard seeking the fabled Tree of Fortuna. Journey across this untamed land to find powerful relics and spells to aid you in your quest!"

Day of Destruction
By: Synaptix Games

Coming to: Samsung GearVR in July 2017

"Communications systems in the solar system ahead are disrupted by interference from your armada. They know you are coming! Rise to the challenge and vanquish entire civilizations. Empower yourself with alien technology as you unlock new weapons and more powerful ships. Follow your destiny on the Day of Destruction!"

VR Wizards is a VR eSports game which pits you against other players in a PvP arena. You'll have fire, ice, and monsters as your only weapons and can use teleportation to try to catch your opponent by surprise.

"Ever wanted to know what it feels like to run your own Pizza shop? Now you can with TapBlaze’s newest game, Good Pizza, Great Pizza! Do your best to fulfill pizza orders from customers while making enough money to keep your shop open. Upgrade your shop with new toppings and equipment to compete against your pizza rival, Alicante!"

"Can you match and collect 170+ different creatures in the highly addictive puzzle game by Squish Studios? Go on an adventure through eight themed worlds. Match two of the same character together to make a match. Match all the cards in a level to win!"

All 27 games from the Big Indie Pitch at Gamescom 2016