Forma.8 is a game that fundamentally messes around with the idea of a metroidvania. It's not a platformer, it's something else entirely. But it still sticks closesly to the ideas of the games that inspired it.

In the end it makes for an experience that's both comfortable and canny, and while it sometimes feels like tou're adrift in a world that doesn't care about you, that's also sort of the point.

Mix Badland 2 with a classic arcade adventure, add a pinch of 90's platforming structure, then shake the whole thing around in a plastic bag with the word 'mobile' hastily scrawled across it and you're about half way there.

The game has been out on consoles and PC for a couple of years now, and this mobile port is reasonably faithful. You control a little probe robot with a joystick on the left of the screen.

Tapping the right of the screen unleashes a little blast of energy that you can use to ward off the red-eyed beasts that are chasing you. As you play through you game you'll unlock new moves that you perform by swiping in the correct direction. 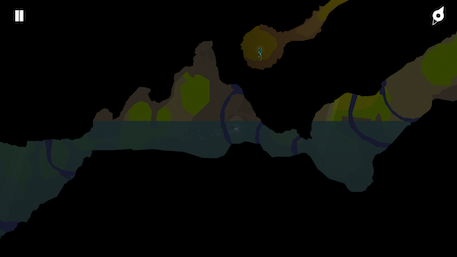 These new tools and moves allow you to access sections of the map that you previously couldn't get to. Sometimes you'll need to combine things as well. The first boss battle sees you dropping a bomb and then pulsing out some energy to smash it towards its intended target.

The game asks you to experiment often. Sometimes that can result in you drifting around unsure of what you're supposed to do. Other times you'll think you've found the answer only to realise that you've been going about things all wrong.

That's part of the fun of the game, but it also gives rise to some frustration. And, as with every metroidvania, there's a good deal of back-tracking and revisiting to do. 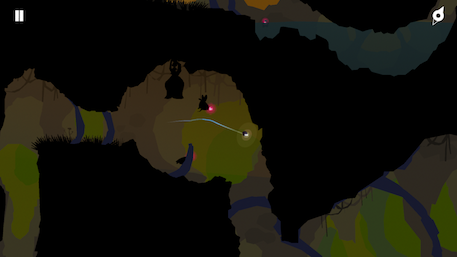 On the flip side of that though, there's a huge game here to sink your teeth into. And when everything looks as lovely as it does in forma.8, you're not going to mind the wandering around too much.

Perhaps the main problem with the mobile port is that it makes no real concessions for the platform it's on. This isn't a bite-sized game by any means, and I'd recommend diving head first into it rather than trying to finish it in spits and spots.

Forma.8 is definitely an intriguing proposition, and despite its problems I can wholeheartedly recommend you pick it up and give it a try.

Yes it's frustrating at times, and yes mobile might not be the best place to play it, but there's so much heart here that once you pick it up you're going to have a hard time putting it down.

Want more? Check out our growing collection of forma.8 articles!

A decent mobile port of a smart game that's well worth a look
By Harry Slater
| Jun 15, 2017 |
iOS
Find out more about forma.8
SEE COMMENTS

Gameloft takes on drag racing in Asphalt Street Storm Racing, out now on iOS and Android