It's been a while since Gameloft teased us with their triage of upcoming games. Since Zombie Anarchy and Gangstar: New Orleans are both out on mobile, we're just waiting on Modern Combat Versus. It may not be out worldwide, but it has just soft launched in a couple more locations.

Modern Combat Versus lets you strategise with 12 specialised Agents in the Modern Combat universe and battle across five maps, including both close and long-range combat. Each Agent has their own unique weapons and abilities to bring to the field, so make sure you choose the right Agent for you.

One of the major improvements is that you'll now get free daily chests which should offer up extra Agent XP and Versus Coins every few hours.

There's no concrete release date as of yet, but if you've got a New Zealand or Australian account, you can find the game here on the App Store, or on Google Play. 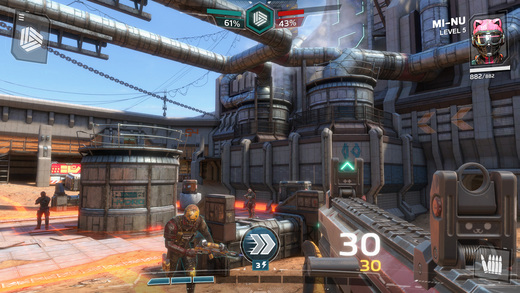 Want more? Check out our growing collection of Modern Combat Versus articles!

Modern Combat Versus tips and cheats - A list of every agent, alt action, and ability