With E3 smack-bang on top of us Mojang has revealed that they plan on bringing Minecraft's Better Together update into play so as console, mobile, and Windows 10 users can be unified under a single edition.

In the near future, all editions across the platforms will simply be known as 'Minecraft', shocker. The mobile/VR versions will be getting the patch as a free update, whilst Xbox One/Switch users will be getting a brand new version of the game, again totally free, and you won't lose any of your world settings.

The best part of all of it is that not only will all of your DLC purchases be available across each of your owned versions, but you'll be able to play the game with your friends across devices.

Once the Better Together update hits home, there'll be a server browser introduced in the Minecraft start menu. Though Mojang will be kicking things off with four servers, there's more to come in the future.

Oh, and if you didn't see if at E3's Microsoft conference yesterday, this autumn there's going to be a graphics update and I admit it's bloody gorgeous. Pushing the game up to 4K HDR graphics with some stellar lighting, water, and shadow effects, it makes me want to clap my hands together.

Then, if you want to go all-out there's a Super Duper Graphics Pack releasing as well, though not for free this time. This'll introduce even better shadows and lighting, movement in leaves and grass, edge highlighting, new textures for mobs and villagers, and more. 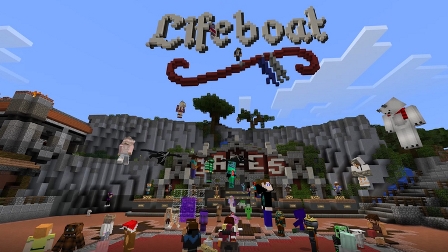