Eat or be eaten

It's been some time since I last brought up Durango but there's some exciting news on the vine - it should be launching worldwide in Q4 at the end of the year.

Alright, so it's not a specific date but at least there's something to look forward to considering the game's been a little up in the air for a while now.

Durango is an open world MMORPG set in a primitive (and alternate) world where humans and dinosaurs live side-by-side, though not always in harmony. In order to survive the harsh world, you'll have to use your wits, modern materials and technologies that made it over from the other world, and get a little 'jungle' smart to colonise your new environment.

Rather than just going off and killing everything you see, you can also catch, tame, and train dinosaurs, and even ride them into battle like an unquestionable badass.

Oh, and if you're headed to E3 next week, you'll be able to give Durango a go at the Mobile and Social Games Pavillion. 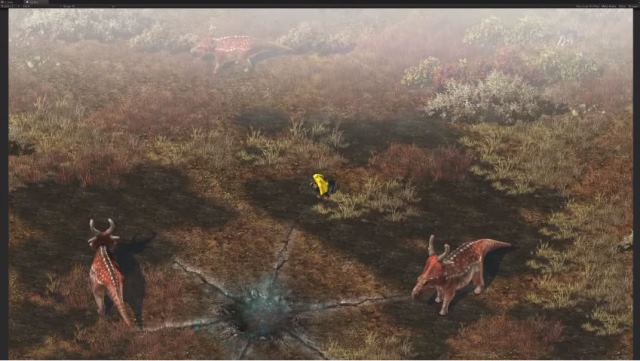 New iOS and Android games out this week - June 8

Dead Plague is unleashed on Android and iOS