How the time has flown...

It's hard to believe but the one-year anniversary of Pokemon GO is coming up and Niantic has some in-game and real-world events planned to celebrate.

Downloaded more than 750-million times since its release last year, Pokemon GO has definitely been a riotous success story. To start with, Niantic will be hosting the Solstice Event. As we talked about on Monday, the Solstice Event will feature Fire and Ice-type Pokemon, massive XP bonuses for throwing a good Poke Ball, and discounted Lucky Eggs. Delicious.

Shortly following, there'll also be an update focused on collaborative group gameplay features which'll apparently change up the gameplay a little. Until these events kick off the Gyms will be out of action for a short time, so be patient Poke-players.

In terms of real-world events, get excited for Pokemon GO Fest Chicago (sorry everyone else). As it states on the game's blog post: "Join us as we celebrate the Pokémon GO community with a ton of exciting festivities. Tickets and more information for Pokémon GO Fest Chicago will be available at PokemonGoLive.com/Fest on Monday, June 19 at 10:00 A.M. PDT."

Apparently Europeans will get their shot at outdoor events from June through to September, however, as Niantic teams up with Uniball-Rodamco shopping centres. A full schedule will go up pretty soon.

Finally, The Pokemon Company is organising 'Pikachu Outbreak', a Pokemon event in Yokohama, Japan, in August where they're 'exploring a unique Pokemon GO experience'. 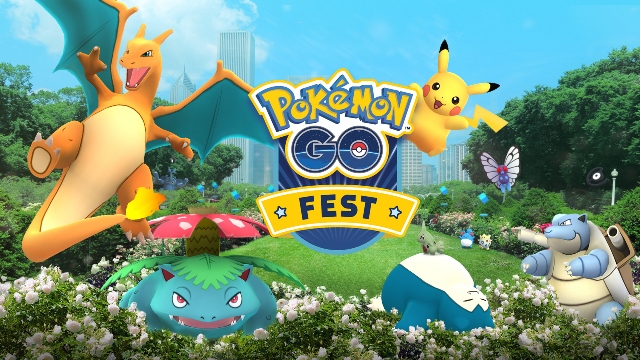 The Binding of Isaac creator confirms new title, The End is Nigh, coming to Steam and Nintendo Switch