Some of you might remember BalanCity from this year's Big Indie Pitch GDC or even from Christian's article last year, but it looks like there's a beta version live on Android.

BalanCity is a neat looking balancing game (duh) in which you've got to build the tallest city/building that you can without the thing toppling over. Build residences, offices, power stations, and more, and show gravity who's boss.

But, that's not all. Aside from just building your city up you've got to be aware of your energy usage, your pollution, your jobs, approval rating, and more. Plus, where real-life landmarks from eight cities worldwide are concerned you've also got to build those up before everything collapses.

If that's not enough to think about you've also got problems to look out for, such as fire, riots, and a crime wave or two.

Check BalanCity out on Google Play if you fancy it. There's no soft-launch on iOS as of yet, but we'll keep an eye out for it. 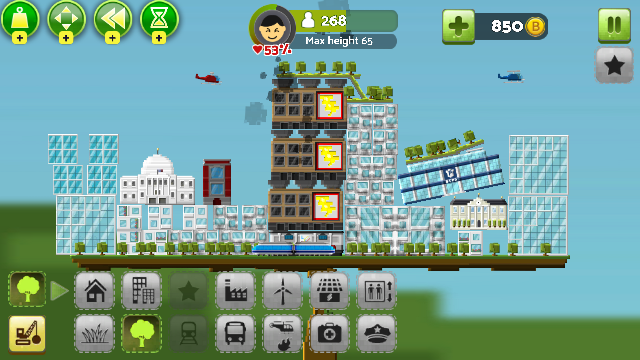 App Army Assemble: Retroshifter - The clue is in the name