Get ready to toss the bouquet as Fire Emblem: Heroes adds some bridal costumes to the mix

No, I'm being deadly serious here. Later today we should see Fire Emblem: Heroes' latest 'in-white' update roll out on iOS and Android. 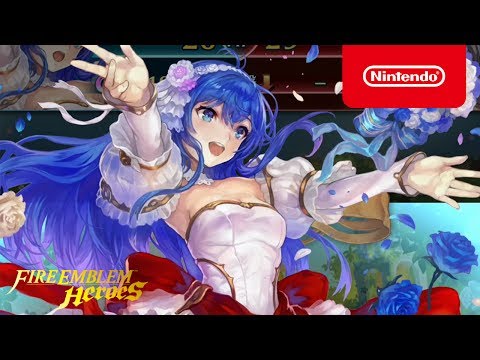 You'll probably notice from the trailer, but the ladies' regular weapons have also had a bit of a tweak. Instead of swords and, you know, normal weapons, you'll be holding bouquets of flowers, a giant metal spoon, a big ol' candle, and cupid's bow. Though, a giant metal spoon would actually hurt a fair bit.   Which are the best characters in Fire Emblem Heroes? We'd know.

Aside from the costume change, there'll also be a new Paralogue story called Bridal Blessings which'll add a few new events to the list, and give you the chance to collect some more delicious, delicious orbs. Mmm.

Starting today, the event will only be running until June 13th so be sure not to miss out. Grab Fire Emblem: Heroes free-to-play on the App Store or on Google Play now.

Yankai's Peak is a pyramid-starring puzzler by Kenny Sun, out now on iOS

Double Dice is a dice-matching, crystal collecting puzzler by Tigrido