Rumour has it Sega is planning a new subscription service that will provide a Netflix-like experience for its classic games.

What's exciting for us at Pocket Gamer is that this could well be a mobile-focused service. At the very least, Sega Forever looks set to incorporate mobile play.

Here's the story so far, and why we reckon Sega Forever has the chance of being a major success.

But the really telling news has come with the soft launched release of a mobile game. That game is a conversion of Sega's cult 1995 beat-'em-up Comix Zone, which recently landed on the Phillipines App Store. 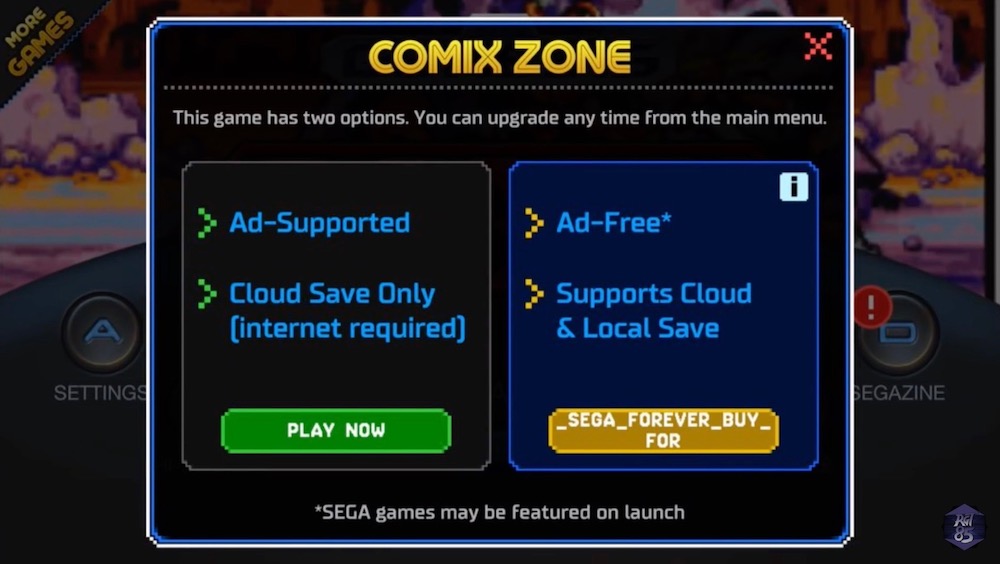 Intriguingly, Comix Zone iOS contains references to Sega Forever. Specifically, there's an option to "Subscribe to the Sega Forever newsletter" within the game. Then, when you boot the game up, you get an option to play the game in an ad-free form through Sega Forever.

A cloud save feature also seems to form part of the mysterious service.

These details were first brought to the world's attention by YouTuber RGT 85, who had the information passed to him by a random Twitter user.

That Twitter user claims to have obtained some of their information via a Sega survey. This survey asked questions concerning the entire back catalogue of Sega games from the Sega Master System to the Sega Saturn. In other words, all of the games Sega made while it was in the hardware business bar the final Sega Dreamcast era. 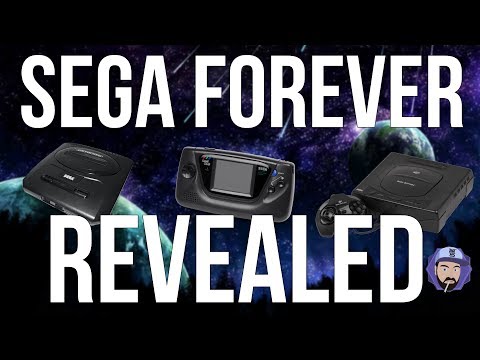 What does this all mean? It's far from 100 percent clear at this point, but it seems likely that Sega Forever will be a retro game subscription service, possibly cross-platform, and almost certainly including mobile devices.

The omission of the Dreamcast era is another sign that Sega Forever is designed to host games on relatively modest hardware.

The safe bet is that you'll be able to play a wide selection of Sega classics on mobile hardware - and quite possibly on any gaming system - for a fixed monthly fee, bringing across your saves through the cloud.

Why this could work

If Sega Forever does turn out to be a game subscription service, it could be the first of its kind to genuinely work. The suggested mobile focus could be key to that.

So-called 'Netflix for games' services tend to be questioned whenever console and PC are the focus platforms. So-called hardcore gamers tend to favour traditional models of ownership, and will often balk at the first sign of anything casualising or diluting the traditional gaming experience.

It will be interesting to see how popular Microsoft's own 'Netflix for games,' Game Pass, proves to be as it starts to roll out to Xbox One owners.

Mobile gamers, on the other hand, are generally far more open to new gaming models - particularly when they involve the perception of 'free' games. In addition, mobile users are accustomed to paying for media streaming services on their phones with the likes of Spotify, Apple Music, Google Music, Amazon's media offerings and more.

Of course, it's also possible that the trend for free mobile games might work against Sega Forever's likely subscription fee. But if the price is right, we're willing to bet there's a considerable audience out there.

To be this good takes AGES

One of the growing annoyances of gamers is having to repurchase such classic games to play on successive generations and brands of console. The holy grail for this is seen as a buy once, play anywhere solution, and Sega Forever could provide the closest thing to that yet.

Of course, the other major factor here is that Sega has a formidable back-catalogue of games to draw from, spanning more than ten years and some of the most beloved platforms of all time.

Sega might be a poor shadow of its former self these days, but Sega Forever probably won't be about the Sega of today. If the speculation proves accurate, this could be a uniquely accessible way to revisit the company's peak years, back when it stood toe to toe with Nintendo and came out roughly even.

That's an idea that surely all gamers can get onboard with.

SEGA Forever COULD be a subscription-based game service for mobile

What can Nintendo learn from Sega's foray into mobile?