VOEZ is a rhythm action game in a similar vein to Guitar Hero, but one designed entirely around touch.

In theory, it plays largely the same. There are a few different musical lanes, and notes drop down them in beat to the music. So far, so Guitar Hero.

Where it differs, is that the lanes move around the screen, keeping you on your tappy toes. You have to tap the lane right as the note hits the bottom of it, which is difficult when the lane could move at any moment.

There are a few different notes as well, which require more than just a tap. Some require swiping in a certain direction, while others require a tap and hold. 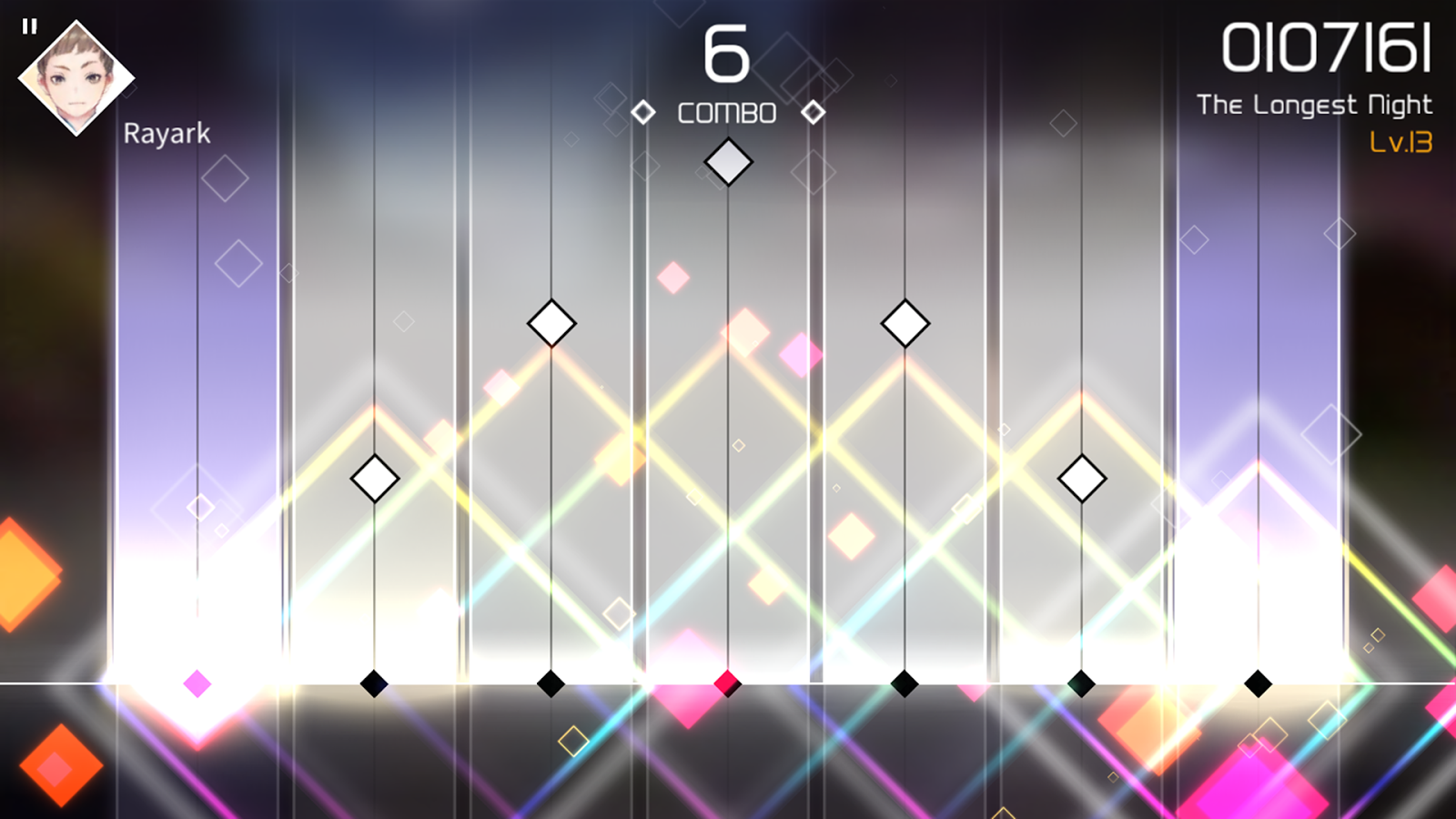 Rhythm is a dancer

What sounds complicated on paper, is actually very fun and engaging in practice. Your fingers dance around the screen in rhythm to the music. It almost feels like playing piano at times.

Depending on your skill (or confidence) you can select from a few different difficulty modes: easy, hard, or special. Easy and hard are self-explanatory, but special adds an extra layer of complexity.

You may need to use both hands in unison, or try and keep up with a really complicated beat. It's for the masters, this one.

But no matter your skill level, you're guaranteed to have fun. There's a lovely feel to hitting a note just right, and seeing colours splash onto the screen in congratulations. 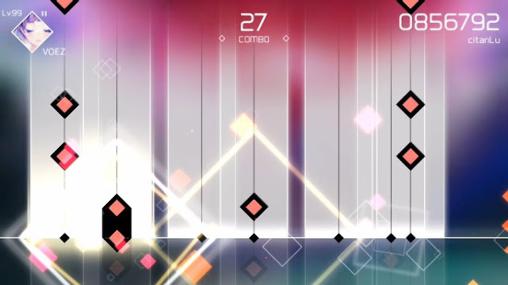 Beauty is in the eye of the beholder

Did we mention it's a looker as well? The design is very simple, with multi-coloured lanes against a northern-lights style backdrop, but hitting notes sends a lovely ripple effect of colour across the screen.

When it all kicks off, it's like looking into a kaleidoscope. It's a great visual reward for keeping up with the rhythm, and gives you a warm, fuzzy feeling.

The intro is beautiful as well. It's a full-blown anime sequence that plays like the opening sequence to a TV show or movie, with one of the songs playing in the background.

And the entire menu is dotted in lovely anime art, which acts as the cover for each song. Oh, and there are nearly 150 songs to play as well, so plenty to keep you busy. Particularly given that you can complete them on multiple difficulty settings, and try and hit all notes perfectly. 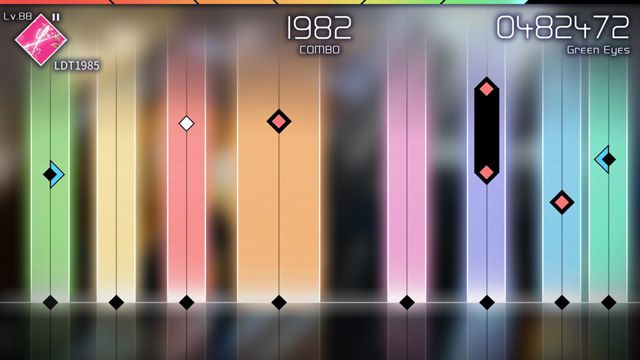 Achieving these unlocks diary entries that update the plot, which is all about a bunch of high schoolers setting up a band. It's a nice touch, and gives you a reason to play, but you can ignore it entirely if it's not for you.

Should I buy Voez on Switch?

VOEZ plays wonderfully on Nintendo Switch, and offers a premium package where the mobile version required you to buy many songs separately. That might work for you though, if you wanted to keep the cost of entry low.

The only slight disappointment with this version, is that you can't play it in docked mode. Sure, that would have been difficult to do given that it's a touch-based game, but it would have been nice to have had a version running that used the right Joycon as a Wiimote.

It's not the end of the day though, and if you're a fan of rhythm action games VOEZ is one well worth checking out for its beauty, innovation, and wealth of content for that low price.

New iOS and Android games out this week - May 25

[Update] After Deemo and Cytus, Rayark goes back to the Rhythm genre with VOEZ, out now on iOS and Android