The day's finally arrived when Skullgirls has begun filtering out on iOS and Android, starting in the US.

This 2D fighting RPG packs a very fluid punch as you work your way through an enthralling Story Mode, collect dozens of customisable characters, and take part in the Prize Fights, Daily Events, and more.

But, you don't have to be a pro at it. Skullgirls is tailored to all skill levels. If you're new to the game, turn on the Fight Assist and focus on your strategy. If you're an old hand at the game, unleash hell and discover a wealth of tactical combat options.

Or, if you just want to chill out and cave in some skulls, don't forget to admire the awesome hand-drawn art work, delivering thousands of frames worth of smooth animation.

Grab Skullgirls free-to-play on the App Store and Google Play now. Though it's currently out in America, it'll likely land in Europe later today. 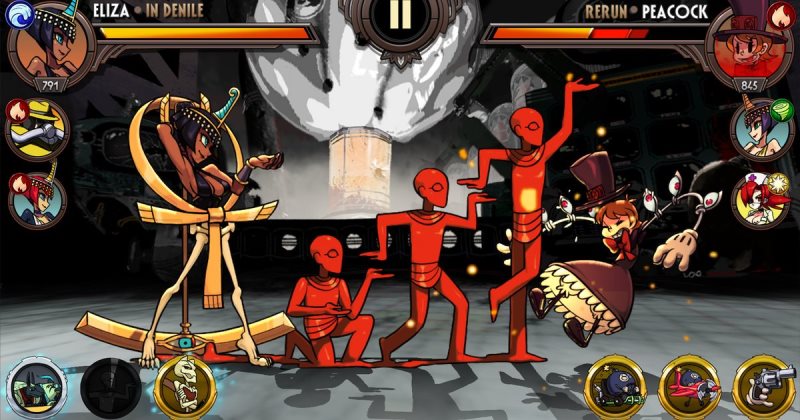 Want more? Check out our 10 other Skullgirls Mobile news stories!

Be the best Magikarp you can be in Pokemon: Magikarp Jump, out now on Android