For the first time in three years, Donut Games' Monkey Flight has been updated on iOS. 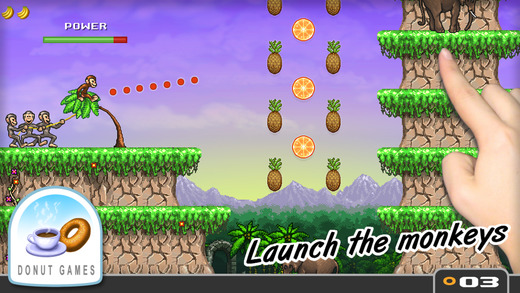 Monkey Flight is one of the more classic mobile games in which you launch jabbering monkeys from palm trees - a little Angry Birds-style.

Though it released in 2009, the game hasn't been updated since 2014. As the major factor of its update is its new 64-bit compatibility, it's likely this is in response to Apple's removal of 32-bit apps later this year. Clearly, Donut Games is working towards keeping its games on the system.

Check out the game on the App Store for £1.99/$1.99 now. It's also available free-to-play on Google Play, but remains the same un-updated version.