Triple Agent wants to turn your friends into backstabbing spies

Being a spy in fiction isn't easy, especially with all the shifting alliances and betrayals. Triple Agent is about that network of trust (and distrust), through a pass-the-device multiplayer game in development for iOS.

Triple Agent frames its game of betrayal and alliances as a battle between warring spy factions, the Agency and V.I.R.U.S. With 5 to 9 players gathered, the game secrets places each person in a faction and then starts the information gathering, alliance making, and secret objectives. 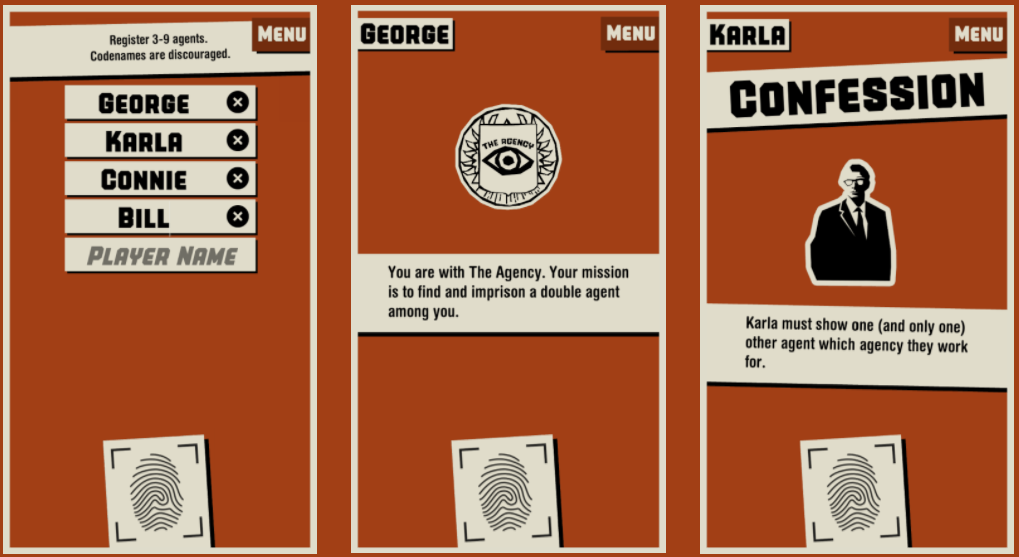 Each round consists of a random events for each player, letting them expose rivals, switch sides, among other tactics, to attempt to expose double agents. As agents are exposed and imprisoned, you help either the Agency or VIRUS achieve victory.

Triple Agent is planning to be a quick multiplayer experience, condensing intense spy shenanigans ans into ten minute rounds. We'll have more details on the game as its development continues.

Strategically survive against the undead in the Rebuild series, currently on sale on iOS and Android

Play some 'Epic Platformers' in this month's Humble Mobile Bundle