5 Paradox games that could come to mobile

Pulling a pincer movement on the mobile games industry

According to the press release, this new team will consist of "a small team of experienced developers focused on bringing mobile gamers the kind of deep, challenging experiences the world has come to expect from Paradox".

What's that? You don't know what to expect from a Paradox game? In addition to publishing other developers' games, the company has made a name for itself by developing its own 'grand strategy games'. This typically equates to deep and involving real time strategy games with as much emphasis on trade and diplomacy as battle, and often with a historically accurate setting.

So which of the developer's game properties could make the switch to mobile? And what might they look like?

Hearts of Iron is Paradox's big World War II series for PC and Mac. Currently in its fourth iteration, the series allows you to pick from well known (and often infamous) heads of state and embark on historically-based campaigns.

Interestingly, Paradox already released a mobile Hearts of Iron game, Hearts of Iron: War Stories, onto the App Store and Google Play Store around this time last year. However, this initial effort wasn't a strategy game at all, but rather a gamebook set during the Battle of Britain. 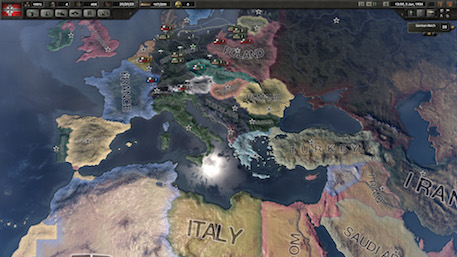 Paradox has stated that its new studio will be looking to "bring the iconic Paradox style to mobile players," so strategy gamers have good reason to hope that they will get a truly mobile Hearts of Iron experience in the future.

Honing the complex industrial research trees and other intricate menu-based systems for a tiny touchscreen interface will be the real challenge here.

Here's another grand strategy game series, but this time the action takes place in the Middle Ages. Yep, it's all horses and swords and dukes and politically expedient marriages. 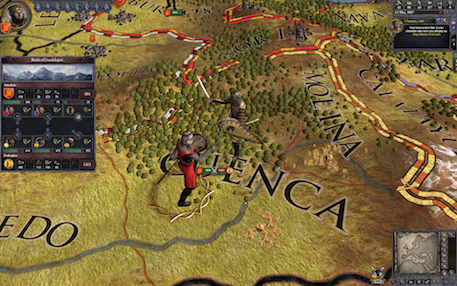 Crusader Kings: Chronicles landed in July 2016, and is a similar interactive narrative-based game to its mobile brother. This time you must pick your side in the midst of a historic battle between the Scots and the Brits. 'Twas ever thus.

Again, we're expecting any mobile version from the new studio to more closely emulate the strategic gameplay of the original. After all, Paradox has stated that it's shooting for "the kind of hardcore strategic titles we're known for on PC". Don't expect a freemium clicker, in other words.

More grand strategy with a historical context - this time set a little later in human history than Crusader Kings. Europa Universalis actually predates all of the other stuff on this list, and proved to be a springboard to much of Paradox's success.

The late Middle Ages to the early modern period covered by these games brings in some juicy stuff, as you might expect. We're talking European colonialism, global trade, religious dealings, and good old fashioned war. 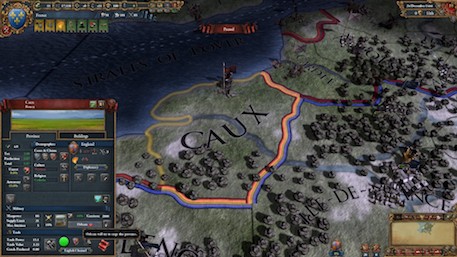 The last Europa Universalis hit back in 2013, but it's hardly lying dormant - a new expansion pack is forthcoming. As with all classic Paradox games a straight port wouldn't be perfectly suited to mobile play - too complex, too drawn out, too many tiny fonts - but some kind of streamlined spinoff sounds appealing.

We're really intrigued to see how much of its customary depth Paradox can pump into these new mobile games without making things unwieldy on a small finger-driven interface.

Paradox added another string to its bow in 2015 when it bought White Wolf Publishing, a popular American roleplaying game and book publisher.

One of the most interesting properties that came along for the ride was Vampire: The Masquerade - a much loved tabletop role-playing game set in a gothic-punk universe filled with various vampire factions. 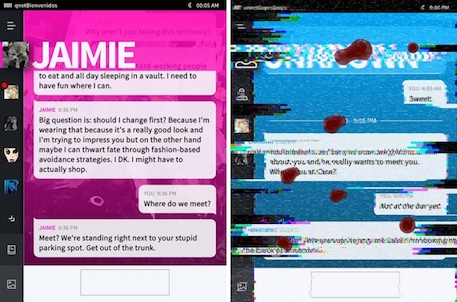 There have been a couple of flawed but warmly regarded RPGs set in the universe over the years, but on the mobile front it's worth pointing out that Asmodee Digital recently released a vampire-flavoured interactive fiction game based on the franchise called Vampire: Prelude (pictured above).

There's always the possibility of a digitised version of the Vampire: The Eternal Struggle CCG, too.

Proving that Paradox Interactive's 'grand strategy games' aren't always historically accurate is Stellaris. Unless the developer has the uncanny ability to see forward to the year 2200, that is.

Yes, Stellaris is a sci-fi game - but one that sticks with the hard decisions, diplomatic manoeuvring, and real time (but eminently pausable) battling that have become hallmarks of the developer's output. 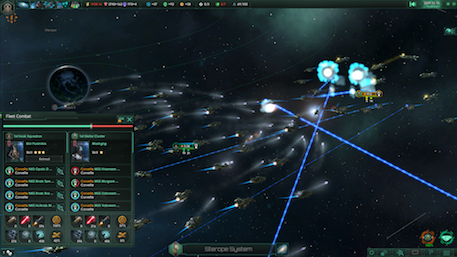 We do love a bit of sci-fi strategy on our mobile devices. Perhaps Paradox would be so kind as to give us some more? Or, y'know, another gamebook. Whichever's easiest.