What did the team that brought us three of the App Store's signature games in the Infinity Blade series do next? I'm not exactly sure, but I think I like it.

The developer in question is Chair Entertainment, subsidiary of major video game developer Epic. The game it's made is Battle Breakers, which has been in soft launch in the Philippines for a few months now.

Here's what I thought after a brief spell playing with the latest build.

I have to admit, my initial instinct upon booting up Battle Breakers was to recoil. It has a kind of restless, hyper-kinetic, somewhat tacky style that tends to leave me feeling bemused, irritated, and a little old.

And yet I kept on playing. Not just because I had to write this hands-on, either. There's definitely something here.

Quite what that something is proves difficult for a man of my persuasions to pin down. Battle Breakers is a peculiar mixture of Power Rangers cheese, OTT JRPG character design, shallow-but-tactile tappy action, and a smidgen of Fire Emblem-like elemental tactics.

Let's break down the passage of play here. You start each round with a gang of six heroic RPG types located at the bottom of the screen, each with their own abilities and elemental disposition. Before you is a small row of coloured gem-like floor tiles. 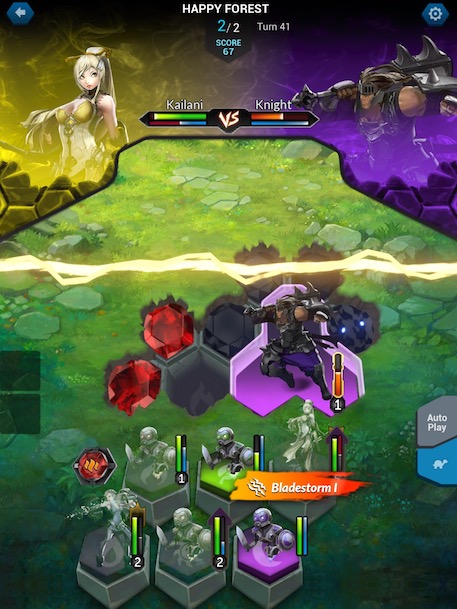 Tap one of those tiles to shatter it and reveal more of the game board, producing yet more gem options for you to tap - and so on until the exit is revealed.

Under some of those gems you'll find various kinds of treasure to collect. Under others will be enemies that you need to fight, and this is where the real meat of the game lies.

Fight you for it

It's all very simple, but there are a couple of tactical considerations here. The main one is the elemental system - fire types beat plant types beat water types beat fire types, and there are also dark and light units to play off each other. As I noted above, it's a bit like Fire Emblem in this regard.

The other tactical point to consider is each enemy's relative strength and move counter - you need to prioritise tougher baddies and those that are about to attack.

You also get a reaction-based element whereby you can occasionally do extra damage or block attacks with a quick virtual button press.

Let's not confuse this for a deep tactical experience, though - Battle Breakers seems designed to be very simple and straight forward to play. But it also does a lot to keep you engaged, from the tactile pleasure of tapping out of a level to hitting a screen-filling boss with a special attack.

Speaking of which, the character design is a familiar mix of muscly JRPG heroes with spiky weapons and lasciviously attired JRPG heroines... with spiky weapons. You'll either love it or hate it. Or, y'know, be indifferent to it like I was. 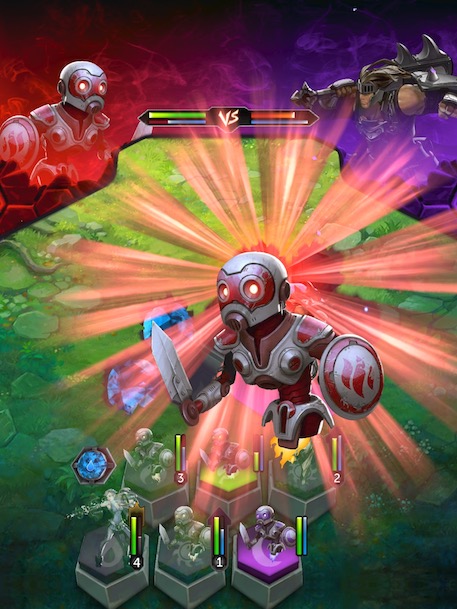 There's a whole layer of character grinding and evolving and team-building that I barely scratched the surface of here, but that's for a full review. You can call in friend characters to aid your team (for some reciprocal experience points), and acquire new characters at random through loot box drops - which you can add to by spending virtual and real currencies, of course.

Whether you consider Battle Breakers your kind of thing or not, there's no denying that Epic and Chair still knows how to marry screen tapping and swiping mechanics with visual pyrotechnics for a satisfying pay-off.