But there's some other stuff too

With E3 little more than a month away, Nintendo's been secretly getting ready for the tradeshow. We all know that their booth won't be as big as it has been in the past, but with the Switch still fresh out and on our minds, this time around it's all about Super Mario Odyssey and other games launching later this year. 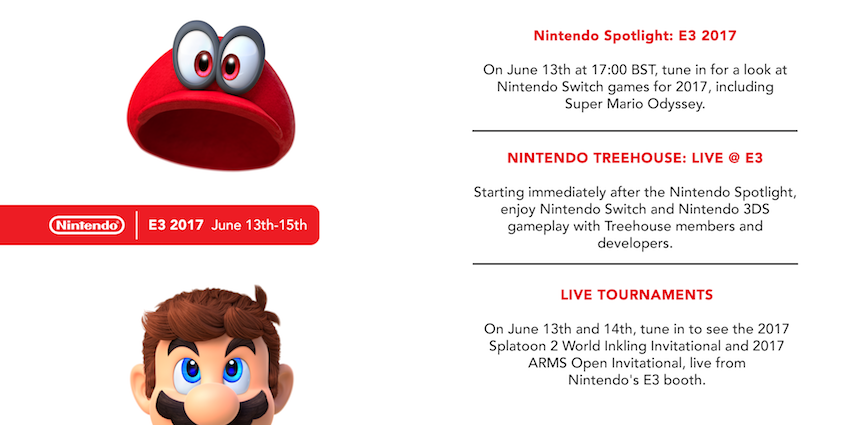 From the 13th to the 15th of June, E3 will open its doors. What's exciting for Nintendo, however, is that this'll be the first event that Super Mario Odyssey will be playable at.

There'll also be the usual video showcase, highlighting more details for Switch games launching this year, and another Nintendo Treehouse: Live. Treehouse: Live will include a livestreamed showcase of Switch and 3DS games.

For those actually attending the show, there'll be tournaments for ARMS ( June 14th) and Splatoon 2 (June 13th) on the show floor, also livestreamed.

Nintendo will be releasing more details as the event comes a'knocking, but for now these are a few tidbits to think about.

[Update] Kill Shot Virus is the third instalment in the Kill Shot franchise, out now on iOS and Android