By Christian Valentin
| May 9, 2017
iOS
|
Kalimba
Subscribe to Pocket Gamer on

It's hard enough surviving a tricky platformer controlling one character, but Kalimba has grander ambitions. Instead, in this puzzle platformer coming to IOS, you control two (or four) totem figurines at once through hazardous gauntlets.

Solo, you only control a two-figure totem, stacked atop one another and moving together. You'll only be together for a short while though, as many of the game's challenges revolve around splitting and performing timed actions simultaneously.

That might be traversing different paths to reach switches, moving through color coded areas safely, or grabbing power-ups to change size, among other effects and mechanics. 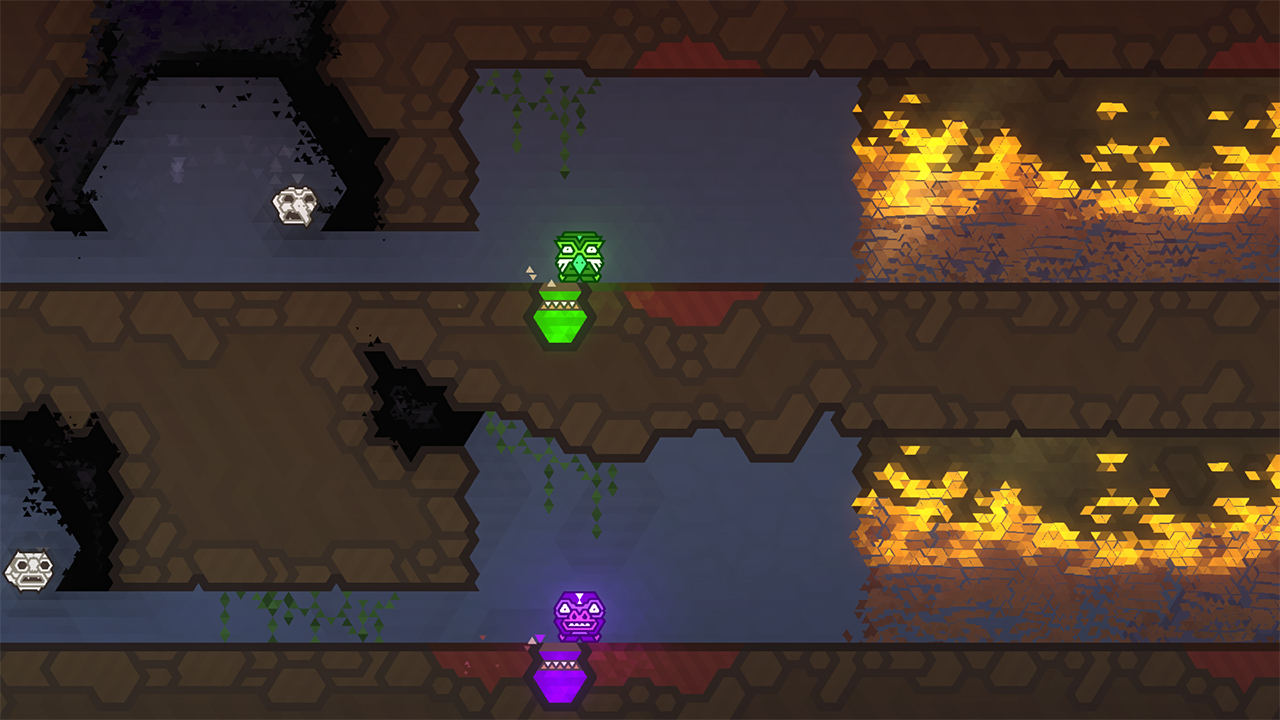 With a friend, the cooperative gameplay gets doubled, literally, as your partner also gets a two-section totem to control. Four figures on-screen at once allow for more complex puzzles and even more carefully timed maneuvers.

Kalimba is slated for iPad and iPhone, currently in the public testing phase. You can sign up for pre-release tests here, and also find the game on Steam.