A cooperative JRPG with plenty of twists

Initially released way back when in 2015, Ateam Inc’s Unison League continues to grow and expand, offering JRPG fans a recognisably refined co-operative real-time experience on mobile. Granvia, is a land that’s chockfull of foes to defeat and dangers to overcome, so as the title suggests it pays to journey and quest ahead with friends. But if you find yourself in need of more reasons why Unison League is worth checking out, here’s 6: 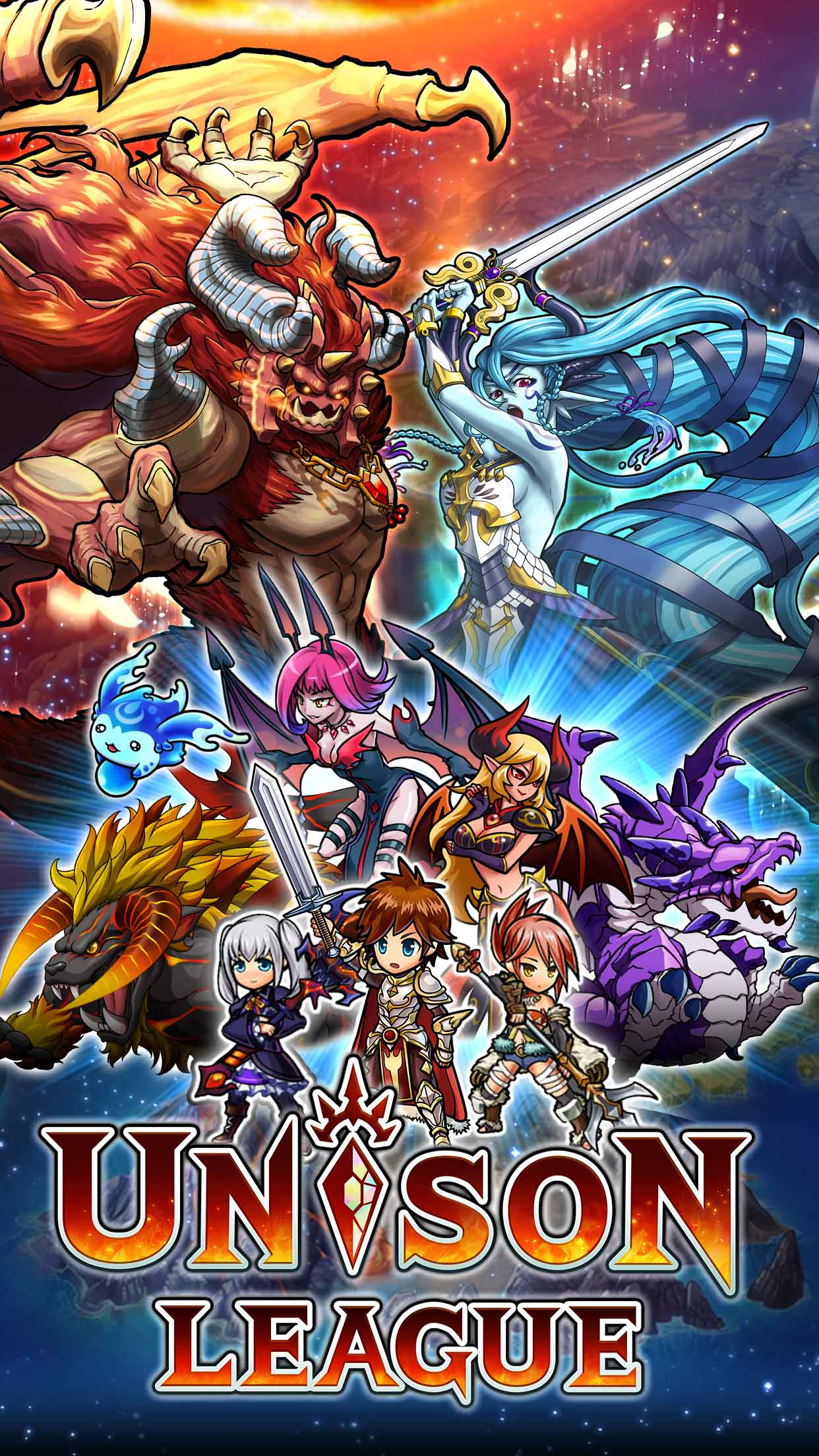 Providing anyone brave enough with the opportunity to work with a team of various classes, Unison League lets you prove your worth in any one of the game’s white-hot guild battles. Held 3 times a day, players can choose freely between 5 different character types before entering, battling it out in bombastic 10 v 10 clashes.

Acute strategy and tactical co-ordination is a necessity for teams hoping to achieve victory, requiring you to crush the opposing team’s Crystal to win the battle. 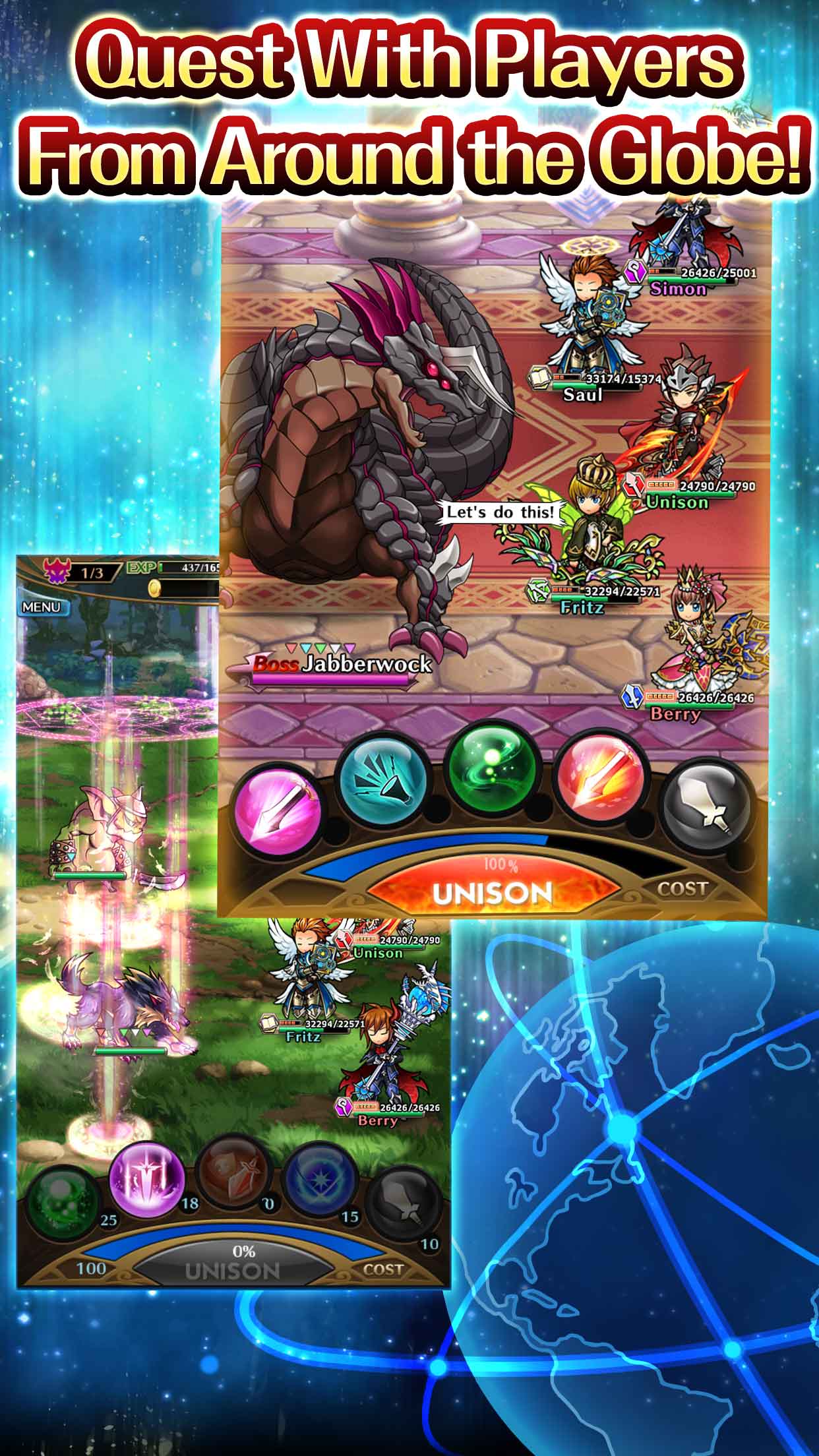 Quest with friends in real time

Unison League is best experienced when questing co-operatively in a team of 4 other players. Whilst exploring the vast world of Granvia you’ll encounter creatures and monsters of all shapes and sizes, so be sure to keep your wits about you and watch your teammate’s backs. Powerful abilities and unison monsters find themselves at your disposal so crushing bosses with others is always a possibility. 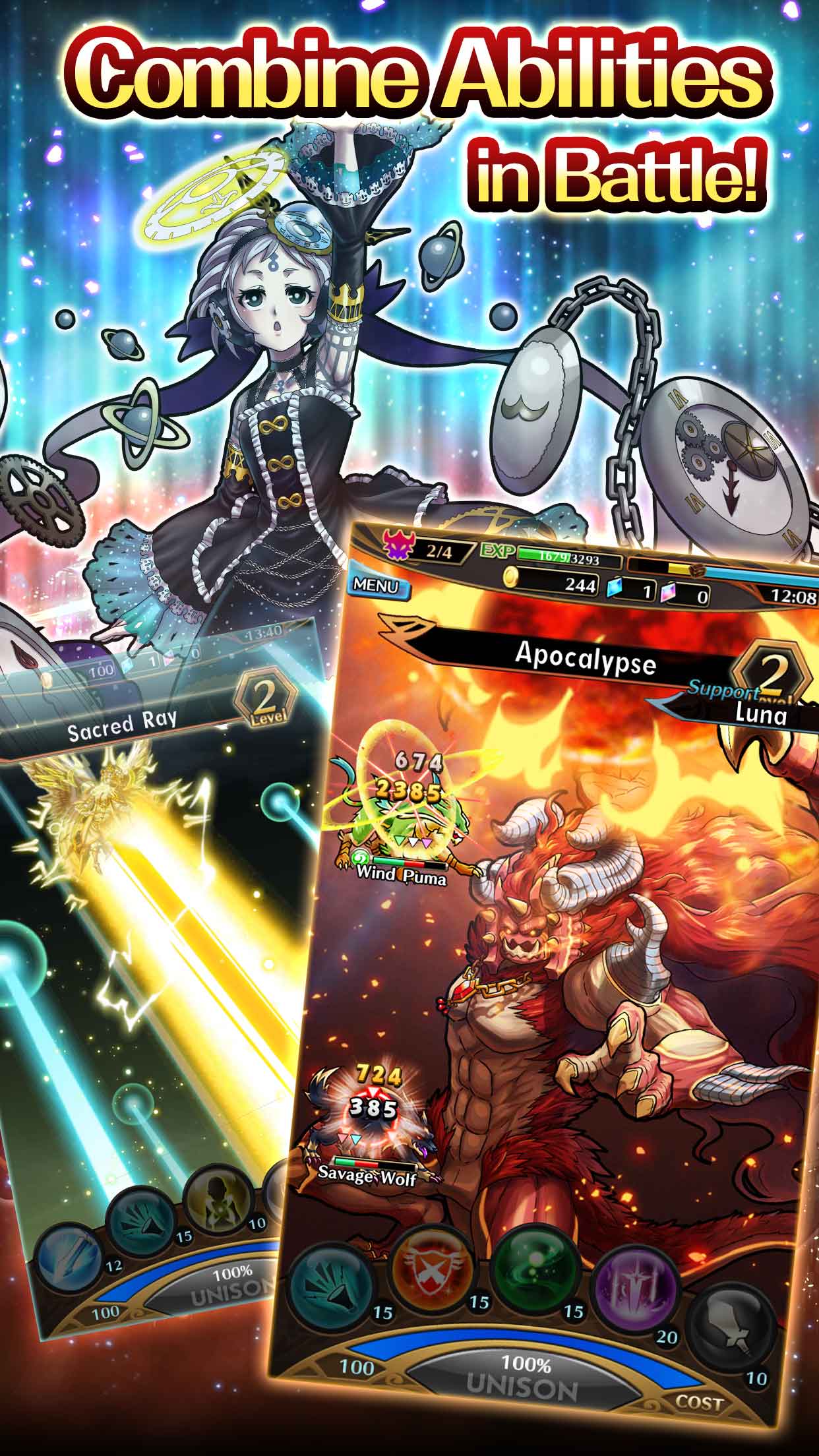 Striking in Unison League is always a visual treat during gameplay, with unison attacks cleverly realised in the game’s distinct 2D anime style. When your Unison gauge fills in battle, unleash a powerful hit using one of the monsters you have equipped to your character. Take this one step further by coordinating your unison attack with friends and there’s every possibility of a Unison Chance occurring –in which all allies with a completely filled Unison gauge can assist.

Match elements with the monsters of your friends to call forth Great Spirits that deal heavy damage, providing special support effects as you see fit in order to obliterate your foes. Regardless of how you wish to do battle, Unison League accommodates both thoughtful and casual attack approaches. 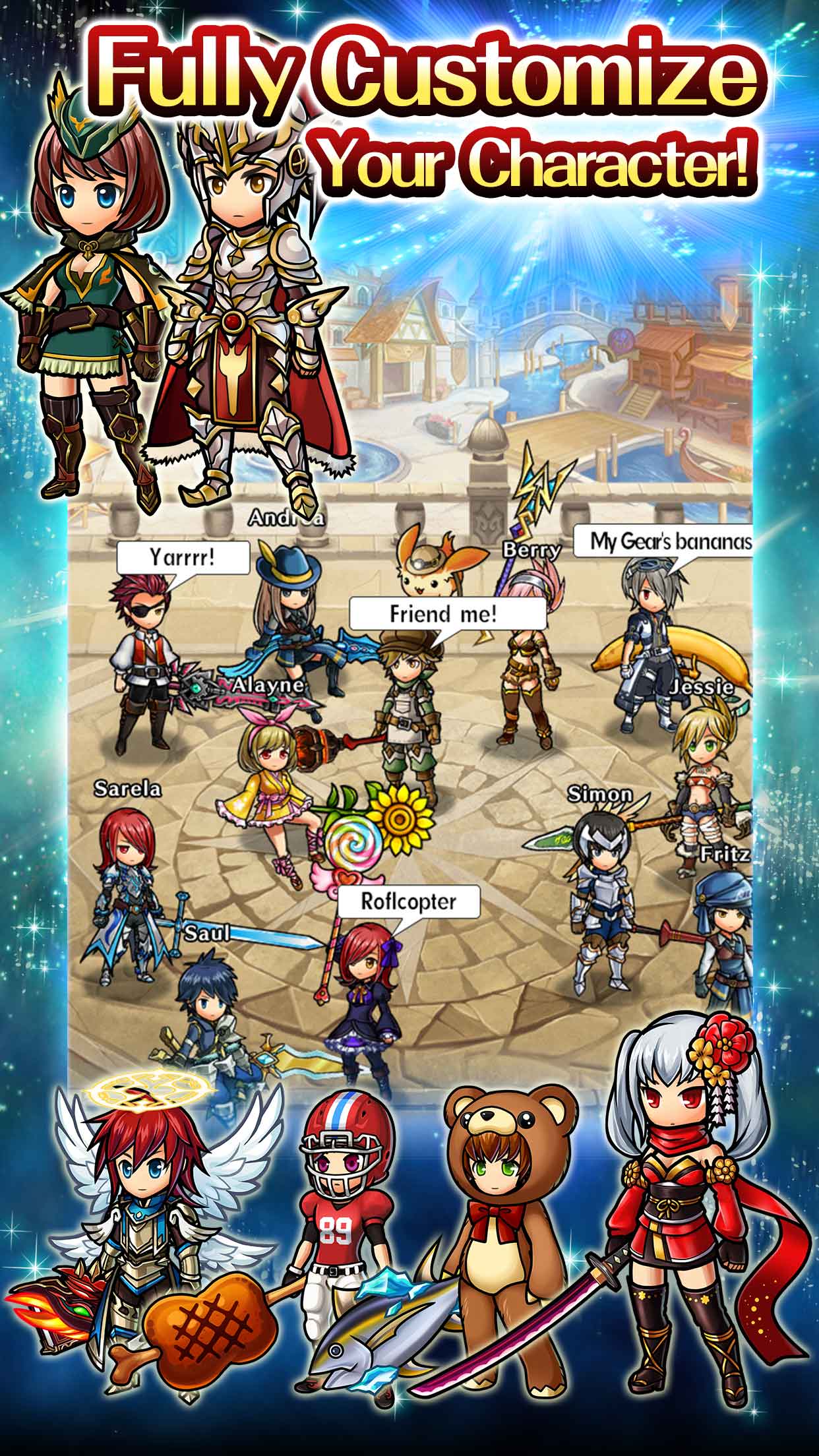 Making it easy for players who prefer to implant themselves as being the hero of their own story, customisable character options help you to create a warrior that stands out during the heat of battle. There are over 4 billion cosmetic combinations at your disposal just waiting to be unlocked and equipped, so blazing your own fashion trail in-game is never a complex feat.

After achieving the desired look, feel free to strap on your gear and flaunt it within Unison League’s built-in main lobby. Here players can communicate with other adventurers however they prefer, from traditional text type to the much swifter emote or fixed phrase system. Exchange battle tactics, stay up to date with friends, and more, then feel free to jump into your own personal space and get decorating should the need take you. 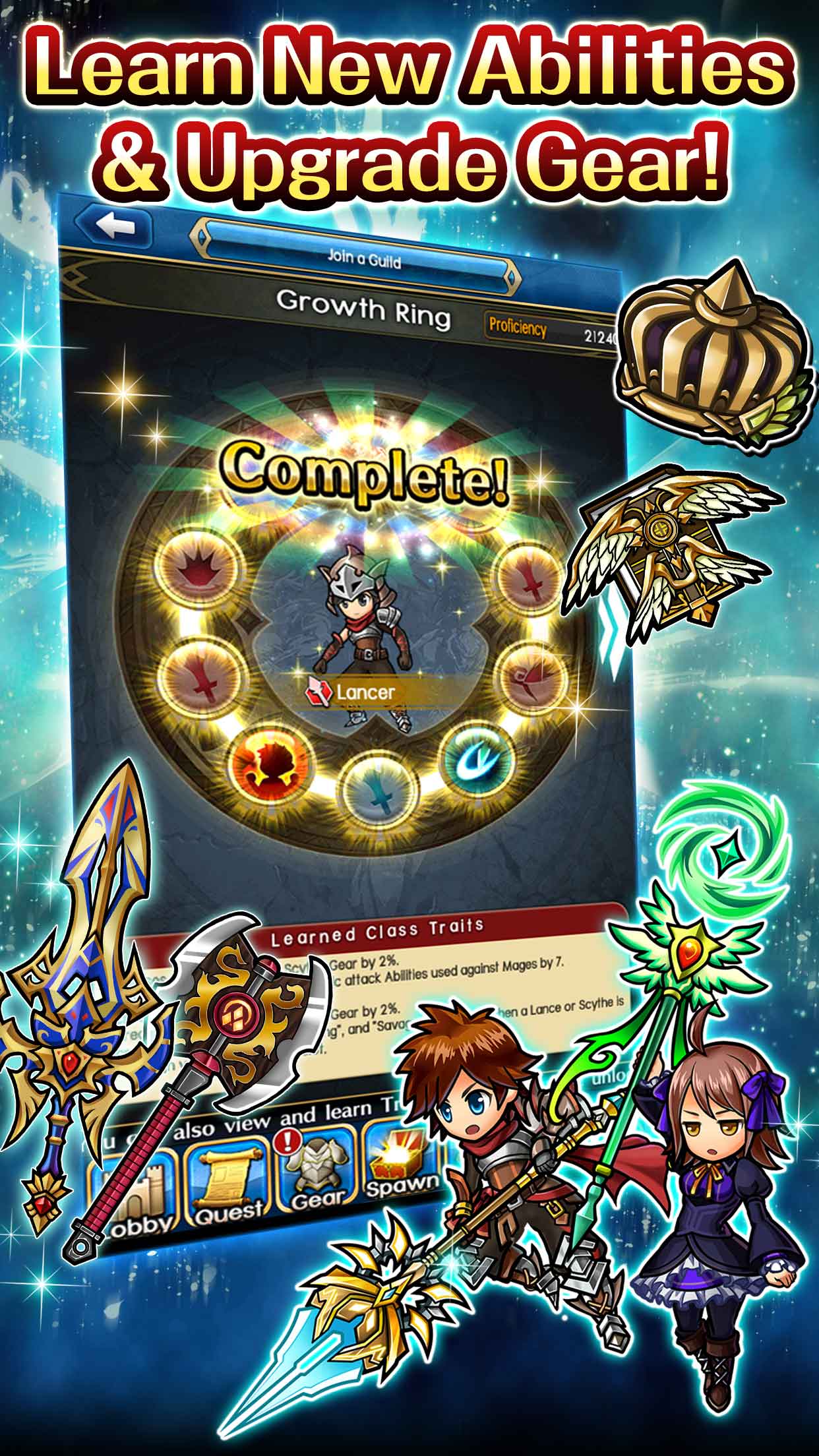 Almost two years’ worth of updates along with the vanilla game’s original base content means that today’s version of Unison League is brimming with weapons, characters, and events to experience. From gathering materials needed to augment gear to learning new abilities that come in handy during questing, Unison League lays down many ways players can bolster their character and become the most powerful recruit of any class. 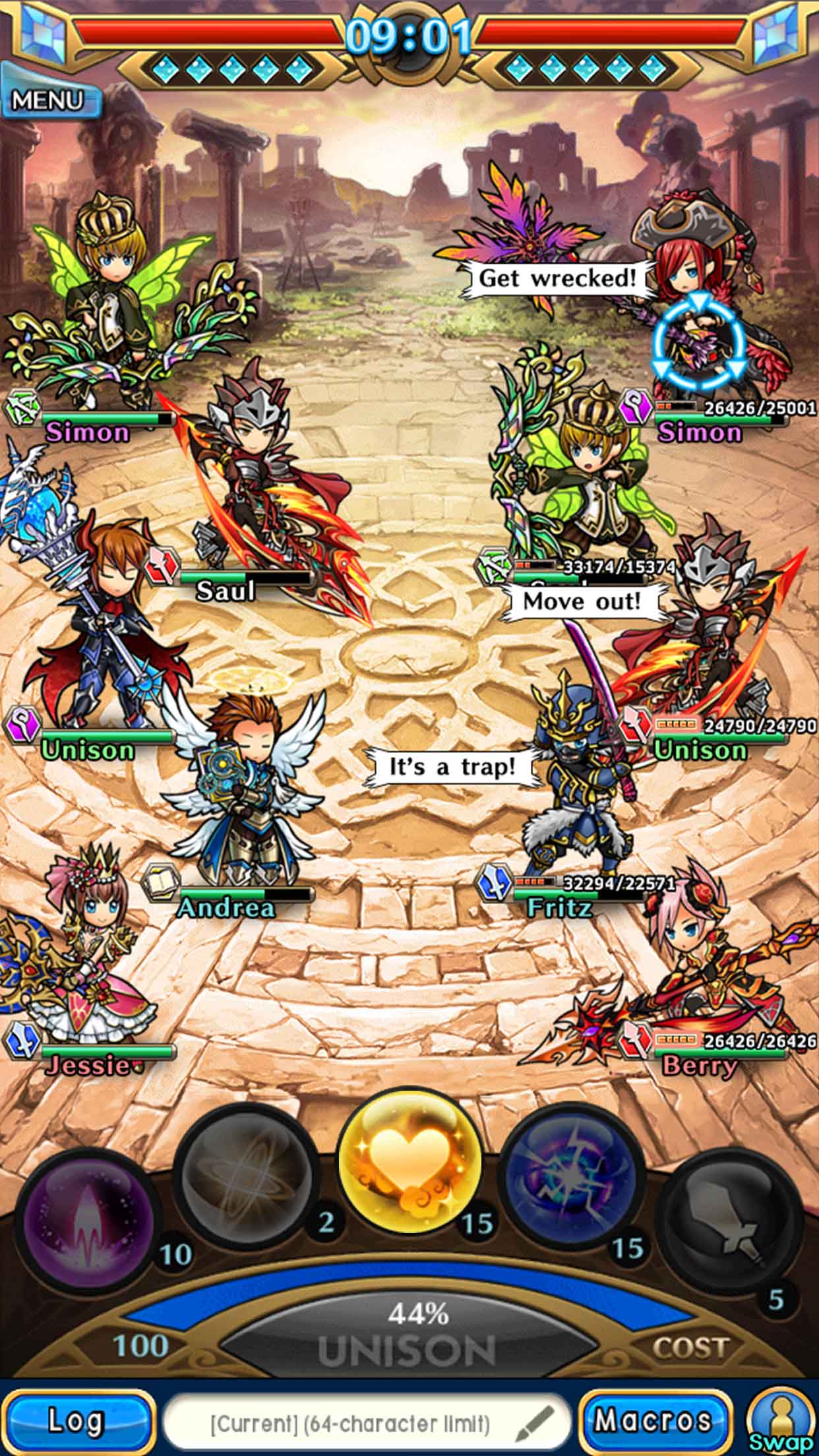 As well as all the reasons above to check out Unison League, the game is currently enjoying a limited time crossover event with hit anime TV series Fate/stay night [Unlimited Blade Works] to let players get their hands on exclusive content. Fan-favourite characters like Saber, Archer, and others all make an appearance, and a collaboration-exclusive 13-chapter story dubbed “Fortuitous Servants” means it’s an event worth venturing into.

Unison League’s JRPG goodness is free to experience by all now on both iOS and Android devices.