Mech room for another Clash Royale-a-like

Hopefully we've all got our expectations in check for a new mobile offshoot of a beloved console game franchise.

So no, of course Titanfall: Assault isn't a massively multiplayer team-based FPS with stomping mechs. Were you really expecting it to be? Did you really think it would do justice to the original franchise if it was?

The question remains, though: how do you carry Titanfall's visceral, technically demanding thrills over to mobile?

The answer appears to be that you don't. Instead you take the sensible option, zoom the view right out and above the battlefield, and turn the game into a high-tech version of Clash Royale with extra territorial variables.

I've spent a few hours with the soft-launched version of Titanfall: Assault, and these are some of my initial impressions.

Perhaps we should back-up for the non-console gamers among us. Titanfall and Titanfall 2 are console first person shooters from Respawn Entertainment - a development team made up of many of the people who made Call of Duty into the killer franchise it is today.

The key mechanics that separate these games from the FPS masses is a nifty wall-running mechanic for your space soldier, the introduction of MOBA-like AI cannon fodder, and above all the ability to call down and hop into a hulking mech from time to time. 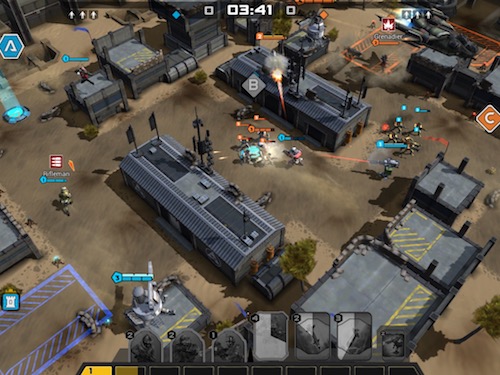 Titanfall: Assault manages to work in each of these elements, essentially by offering each as a summonable unit card with varying strengths and weakness. Yep, just like in Clash Royale.

Those grunts can be quickly and cheaply called into the battlefield to grab a capture point, and pilots are your nimble attack units who will jet over barriers to advance on the enemy. 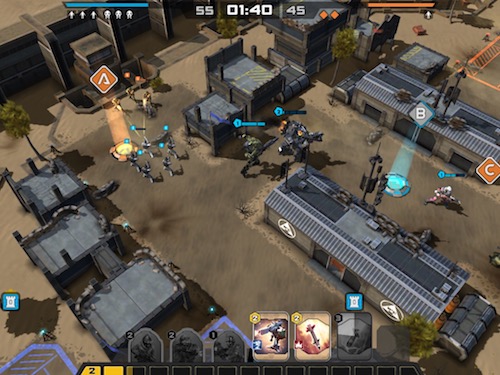 As you'd hope, the mechs make a game-shifting entrance. One minute into each four-minute round, these bipedal tanks will become available to those with sufficient action points. They take some stopping as they automatically stomp their way to the opposition's base, engaging automated turrets and opposing units along the way.

There's evidently a delicate balance to be struck between protecting your base, venturing out to take the three capture points, and assaulting the opponent's base.

Do you rush out with your pilots and grab those points, at the risk of spreading yourself too thin? Or do you build steadily from the back and risk giving up too much territory? 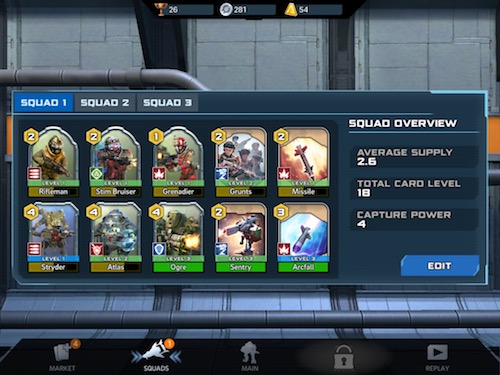 There's the usual promise of collecting new unit 'cards' and levelling up your existing ones, and there's also the tactical potential in assembling the right squad.

The payoff for that, as well as the game's true tactical worth, will only become apparent after many days of play. For now, I'm quietly impressed by the more ambitious take on Clash Royale's core concepts.