New Nintendo 2DS XL preview - Who is this aimed at?

The Switch launched a mere two months ago, but that hasn't stopped Nintendo making a surprise new hardware announcement.

Look, you're probably just as confused as we are. Nintendo has clarified that the 2DS XL is designed to fill the gap between the cheap, kid-friendly 2DS, and the premium 3DS XL. 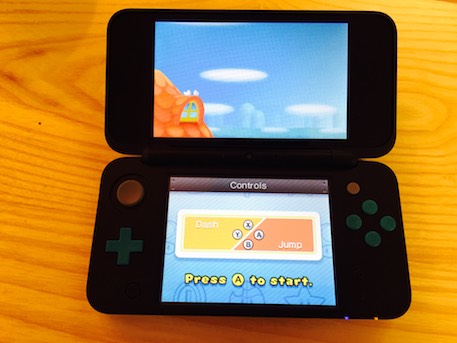 We thought the New Nintendo 3DS did that admirably, with its mid-range price and customisable cover plates. Perhaps the real answer is that Nintendo simply wanted to demonstrate that there's plenty of life left in the platform yet.

Whatever the reason, that's not what we're here to discuss. Nintendo kindly invited us to check it out in the flesh yesterday. We spent a couple of hours with it, and here's our initial thoughts.

The New Nintendo 2DS XL resembles the 3DS XL with a few exceptions. It's a clamshell, large in size, and you've got all the New trimmings like NFC support, a c-stick, and the extra bumper buttons. 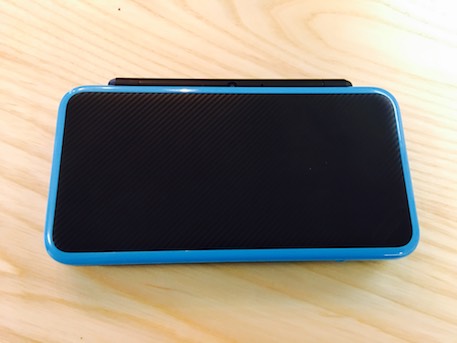 There are a few improvements. The matte finish is far less finger-friendly than the glossy effect, the plastic covering the top screen is nice and premium feeling, and the clamshell closes snugly. You won't be getting the dust invasion here.

You'll also find a few quality of life improvements. The stylus is now placed next to the headphone jack, the power button is easier to press, and all of the card slots are now placed under a flap.

There's no need to grab a screwdriver each time you want to change your SD card, which is nice. 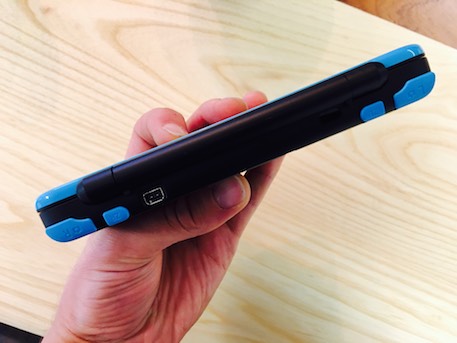 The overall design is pretty great - at least for the black and blue model. It manages to stray the line between child-friendly, and premium quite nicely. In fact, I'd argue that the design is fine for all ages and sexes.

It's not perfect though. Unlike the New 3DS and XL, the 2DS XL feels quite flimsy and poorly put together. It's close to the Wii U gamepad in that sense, and feels quite fragile.

The lighter weight doesn't help. That may be taken as a positive by some, but I actually found it to be less comfortable - preferring the weight of its meatier siblings. 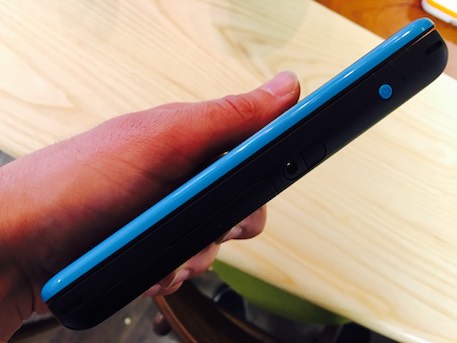 Previous 3DS issues haven't been solved either. The hinge is still very flappy and flimsy - as are the buttons, which just aren't as satisfying to press as the other models.

And it has to be said that the screen resolution simply isn't good enough - especially after playing the Switch. It won't bother the kids or inexperienced gamers that this is aimed at, but a little upscaling really wouldn't have hurt.

What's the deal then?

I have mixed feelings. The New Nintendo 2DS XL is definitely a step up on the 2DS, and improves in some areas on the New 3DS and XL. The button placement, card flap, and tighter hinge are very welcome. 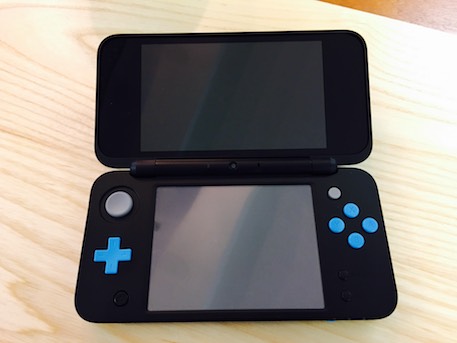 But then it falls short on a few more. It fails to improve on previous criticisms, feels a little too cheap given the price, and isn't quite as comfortable to hold.

Right now, we're still not entirely sure who this is aimed at. The 2DS remains the cheapest point of entry, while the New 3DS XL is for those looking for the best experience.

We already had a middle of the road option with the New Nintendo 3DS, and right now I'd argue that's still the best option. It's just an overall nicer system, and you don't lose the 3D.

At this point, it's already around the same price as the 2DS XL as well. So really, this system is for those that want the larger screens, don't care about 3D, and don't want to pay the price of the 3DS XL. That's pretty niche.

But this could all change once we've spent more time with it. We only had a few hours with it, and we'll need a few more for our definitive opinion.

Grab yourself some Magic the Gathering skins in Minecraft: Pocket Edition/Windows 10