There's a particularly popular form of mobile and casual gaming out there that doesn't tend to mix in the same circles as the rest. We're talking about 'social casino' games.

Casino titles have long occupied their own distinct corner of the gaming market, of course - and wisely so. The form's close association with gambling naturally rule out the youth audience that the videogames industry has historically sold to.

But what we're talking about here is a new, more casually accessible, and generally 'safer' breed. Here's a brief primer on what we and many others are calling social casino games. 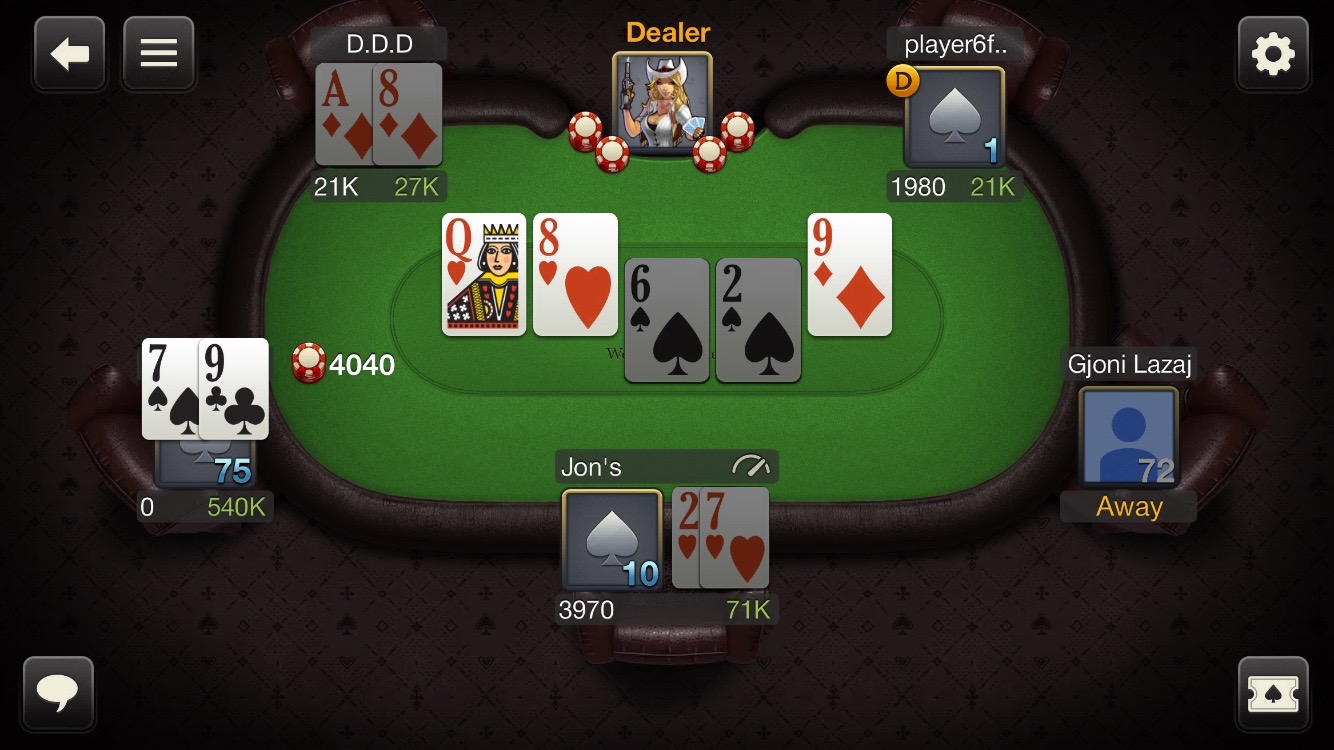 What kind of games are we talking about here?

Just the kind of traditional card and table games you'd expect to find in your average casino. Think poker and other card , slots, and bingo. Some are adorned with gimmicks or quirks, but generally speaking there's little to differentiate social casino games from real casino games in terms of pure mechanics.

So what's the difference here?

The key thing that differentiates social casino games from traditional casino games - both physical and digital - is pretty fundamental. The player isn't betting with real money.

Do the games themselves cost any money?

No, not in general. These are so-called 'freemium' experiences that can be downloaded and played at no charge whatsoever from the App Store and Google Play Store.

So how do they make their money?

In a similar way to how most regular modern smartphone games monetise - through in-app purchases. Players spend small quantities of real money on packs of additional virtual chips for taking part in more (and often higher stakes) games.

Here's how Daniel Kashti, CMO of Pokerist, explains it: "Pokerist is a free to play game that offers in-app purchases, and so it is very similar to any standard 'freemium' mobile game. Fundamentally, for a freemium model to work, the game mechanics need to have two key elements: repeating game play and a restriction mechanism that slows down progression or prevents access to core features (game features or social features).

"Once you have those two elements, it makes perfect sense to introduce a monetisation mechanic in the form of in-app purchases that allow a player to skip the restricting mechanic, to level up or to interact with other players in the game by spending money. This is exactly how social casino games (and poker specifically) work."

Aha! So it IS still betting

Technically yes... but in practice not really. At least, no more than any other freemium mobile game. It's just that the whole gambling mechanic is placed front and centre rather than buried beneath traditional gaming mechanics.

You still tend to get given free chips to play with on a daily basis, and also as a reward for doing things like playing a number of certain hands, hooking up to Facebook, or even just watching a promotional video - just like any other modern free-to-play mobile game. 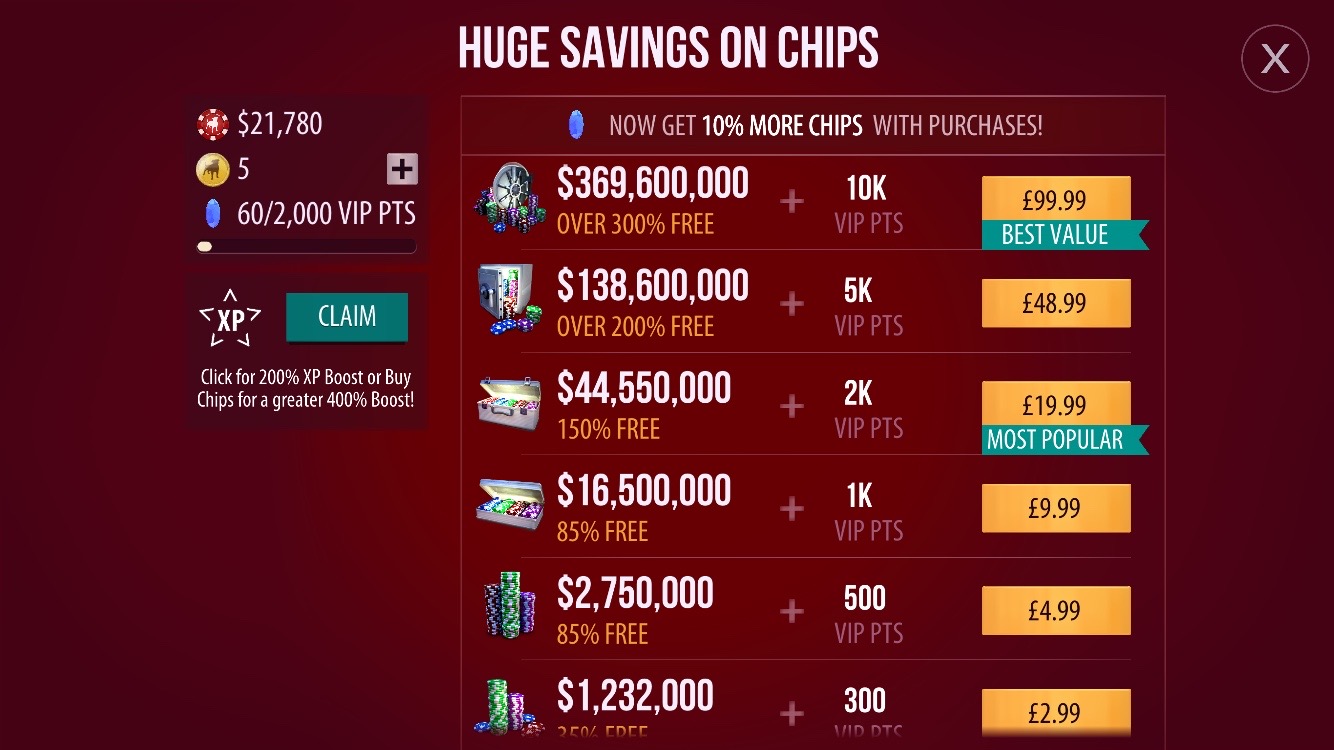 Plus it's worth emphasising that you tend to get an awful lot of 'chips' for the usual prescribed IAP prices. £2.99/$2.99 might get you the equivalent of 1.2 million in chips, for example, which will typically go a long way.

Also, any digital currency you acquire can't be traded in for real money when you retire from a game. If you choose to spend money, it's to continue playing or for in-game perks or customisations, rather than in the hope of winning cash.

So why do people play?

For fun! Without the typical thrill of direct gambling, the onus is on online multiplayer competition and the pure mechanics of a good game of cards, to name the most prominent examples.

The better examples of social casino gaming are essentially well made freemium games with polished presentation, seamless online matchmaking, and intuitive controls. The appeal is along similar lines to other mobile games, but with a layer of casino glamour.

Where can I find these social casino games?

As we've already mentioned, you can download them through the usual channels - the Apple App Store and the Google Play Store, depending on your platform. That's another indicator that these are mobile games rather than cynical gambling machines: Google and particularly Apple are traditionally very sensitive when it comes to protecting younger and vulnerable users.

While we're a mobile-focused website, we should also point out that it's often possible to play a version these games through Facebook on your desktop or laptop computer. You've probably been invited to play a few. Telltale's classic Poker Night At The Inventory series is on Steam.

Any more examples to get us started?

Here are a few of the more popular social casino apps from across the spectrum.

On the poker side (which has always been the most satisfying, we find), there are a number of polished and accessible games out there. World Series Of Poker has the big-brand clout, Zynga Poker has multiple game modes, World Poker Club has a tactile gesture-based control system, while Pokerist's servers always seem to be very well populated by a diverse crowd of players. 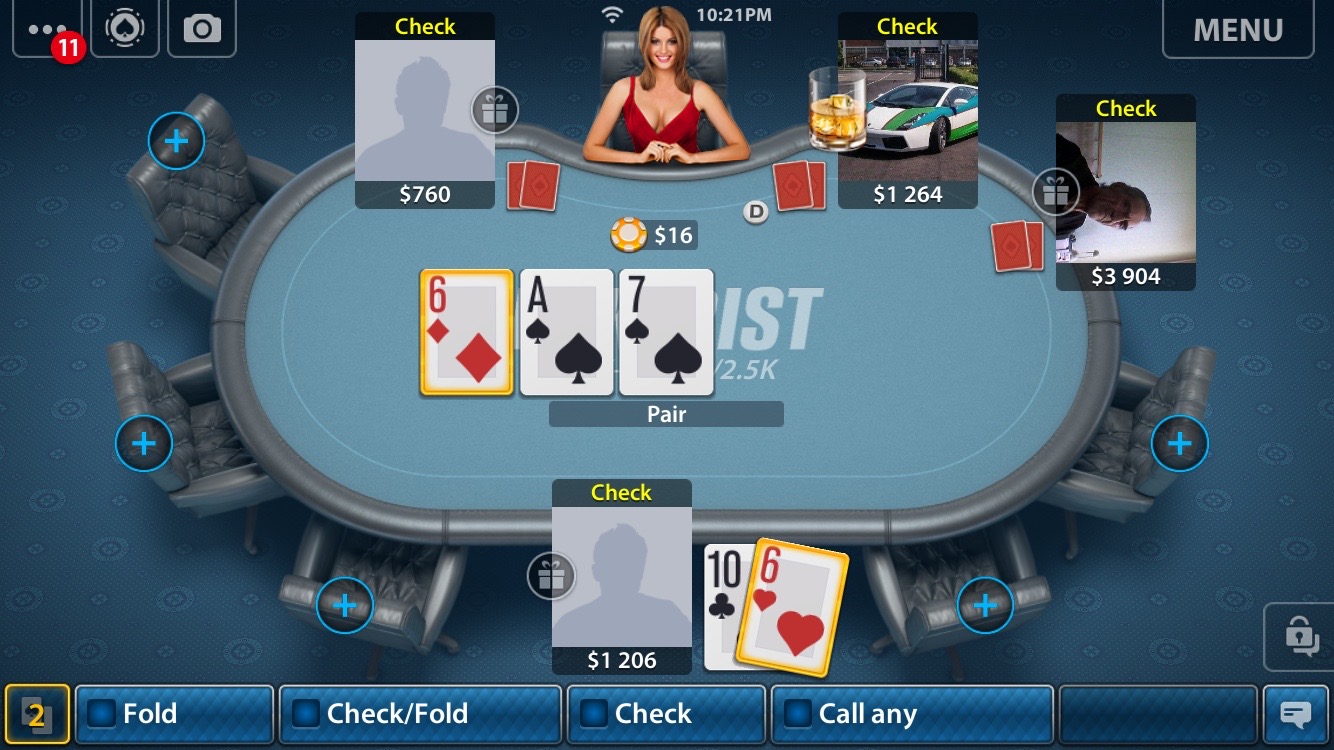 On a more overtly gamey level, we have the likes of Shuffle Cats from Candy Crush Saga developer King. It's a tweaked game of Rummy, with the added attraction of anthropomorphic cats and bonus modifiers. This one's particularly moreish, and there's absolutely no betting element to it - which means despite being a card game it's questionable whether it qualifies for the 'social casino game' tag.

At the opposite end of the spectrum you have slot machine games, which don't offer much in the way of gaming mechanics, but prove a huge draw among casual thrill-chasers. Slotomania and DoubleDown Casino are two popular examples thanks to their welcoming graphics and simple accessibility. 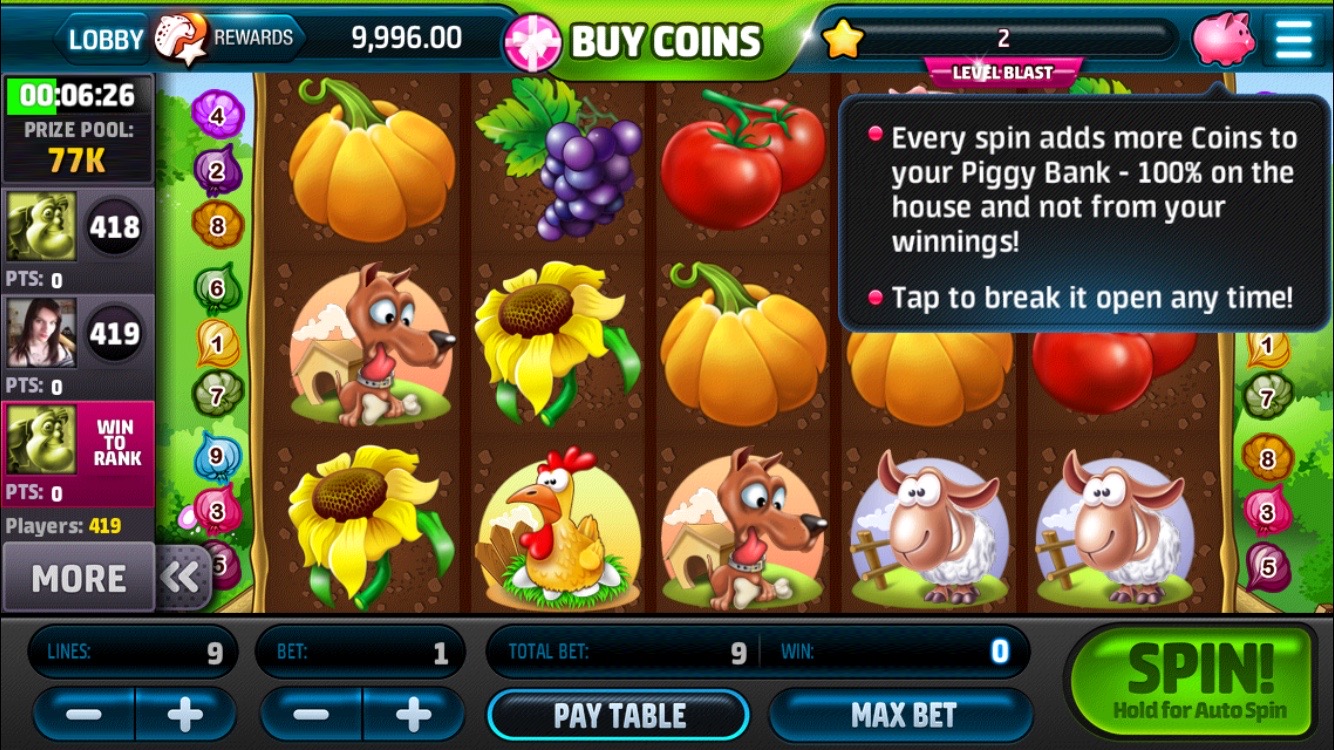 Huuuge Casino's raft of slot machine games, meanwhile, are more targeted at younger players with a greater range of personalisation and social interaction.

Social casino is a growing genre of mobile gaming. It can provide a fun place to learn how to play card games, challenge your friends, and feel like a millionaire baller without losing the shirt on your back.