At the Nintendo Direct a few weeks not only did we learn that Splatoon 2 will release in July, we also had a sneak at its newest game mode: Salmon Run. Recently Nintendo posted further information about Salmon Run as well as a detailed video showing us what's what.

In Salmon Run you and three other Inklings take on the Salmonids as Freelance Power Egg Collectors working for Grizzco Industries. The aim of the mode is to destroy the Salmonids and take the eggs they leave in their wake.

Aside from donning the special gear and hauling special weaponry specifically provided for you, you'll need to work as a team to get as many Power Eggs as you can. If you fall in battle, one of team mates can revive you by inking you back up to your feet.

If that's not a perilous enough mission, you've also got the opportunity to pick up rare Golden Eggs which'll fetch a tidy price if you transport them safely to a containment unit in the site's centre.
As we mentioned before, Splatoon 2 will hit stores on July 21st alongside three Splatoon 2-themed amiibos. 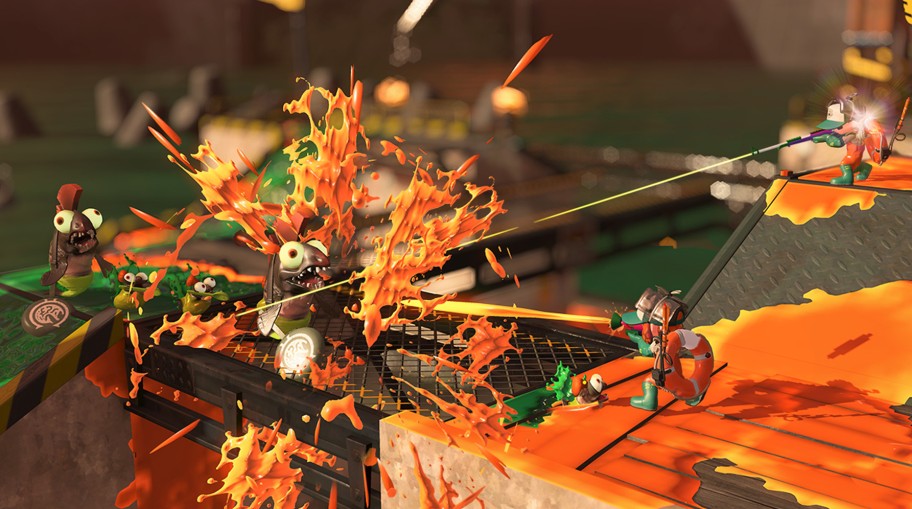 Nintendo's got something to tell us about Fire Emblem: Heroes tomorrow